Painting A Picture Of Australia’s Vulnerable And Voiceless Children

In Australia, more than 1 million children are affected by domestic and family violence[1]. Experts say that exposure can lead to short and long term negative mental, behavioural, and social effects- and those who witness physical, emotional or verbal domestic violence are twice as likely to abuse drugs, and six times more likely to die by suicide[2].

In a bold move to expose Australia’s domestic violence problem, international lifestyle brand Jeunesse Australasia, and their charitable arm Jeunesse Kids, are bringing attention to the hidden struggles of children affected through a national purpose campaign.

In partnership with not-for-profit charity Friends with Dignity, the initiative launched through the grand reveal of a raw, emotionally moving interactive mural and animation film titled ‘Sarah’s Story’ located at 6 York Street in Sydney’s CBD from 20Th of November – December 2nd, 2019.

Jeunesse Australasia hopes to raise awareness around these sobering statistics through ‘Sarah’s Story’—a story based on the real-life events of a 6-year-old child, whose name has been changed for confidentiality reasons, affected by exposure to domestic violence in the home, and her remarkable recovery through the charity’s scholarship program called Little Friends.

The powerful mural reveals the striking image of a young girl named Sarah— with the artist, Laura Paige, using Jeunesse NV Foundation product alongside other eco-friendly paints to craft an expression that communicates experience beyond her years. The wall also features a QR Scan Code that brings Sarah’s story to life in a short animation film—revealing her tainted relationship with music, which stemmed from her parents’ attempts to drown out and shield her from the domestic violence happening behind closed doors.

The violin acoustics that play in the animation film is an original recording that come from the young girl herself, who through the scholarship program learned to play the violin and in doing so recreated a positive relationship with music.

The Little Friends biannual scholarships help to cover a variety of areas—from helping kids attend camp and after-school activities with their peers, to providing uniforms & textbooks and extra-curricular activities including equipment for music classes.

Jeunesse Australasia does not provide emergency assistance or support services to people who are experiencing or are at risk of experiencing domestic and family violence and/or sexual assault.

If you, a child or another person is in immediate danger, call 000.

Motivate Yourself To Move House With These Jokes

Mrs Claus Is Coming To Town! Get Your Empowering (And Dazzling) Photo 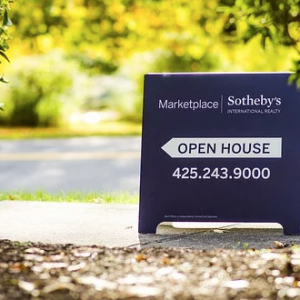 Motivate Yourself To Move House With These Jokes

Deciding to sell your house and move to a new one is a big choice to make. Moving house is a massive task and it requires...
© Onya Magazine 2009 - 2021
Back to top