Melbourne, The Jersey Boys Are On Their Way + WIN TICKETS

JERSEY BOYS is back in Australia having played to rave reviews at Sydney’s Capitol Theatre in 2018. JERSEY BOYS will play at the Regent Theatre from Saturday 23 February 2019 for an eight week season only.

This internationally acclaimed hit musical tells the true-life story of four guys from the wrong side of the tracks, and the rise to stardom of Frankie Valli and The Four Seasons, one of the most successful bands in pop music history. The band sold more than 175 million records and were inducted into the Rock ‘n’ Roll Hall of Fame for their worldwide hits, including Can’t Take My Eyes Off You, Walk Like a Man, Bye Bye Baby, Sherry and Big Girls Don’t Cry, which all feature in the musical.

This dynamic cast is a combination of exciting and emerging Australian talent. Stepping into the illustrious shoes of the charismatic singer Frankie Valli are RYAN GONZALEZ and DANIEL RASO who share the role. They are joined by CAMERON MACDONALD as Tommy DeVito, THOMAS MCGUANE as Bob Gaudio, who is making his career debut after graduating from the Victorian College of the Arts and GLASTON TOFT, reprising his celebrated portrayal of the band’s musical marvel Nick Massi.

More information and bookings at www.jerseyboys.com.au.

Onya Magazine has two x double passes to giveaway for JERSEY BOYS on Thursday 28 February at 7pm at the Regent Theatre. Each ticket is individually valued at $120. To be in with a chance to win, simply email info@onyamagazine.com with the subject line ‘JERSEY BOYS’ and your full name and postal address. The winner will be selected at random and notified via email on Thursday February 21, 2019.

Yvonne Allen: Five Tips On How To Find That Special Someone 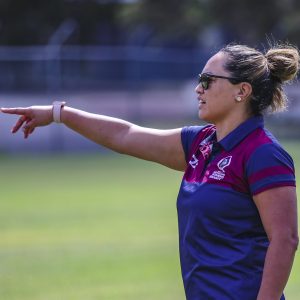