The Rubens at the Forum Theatre 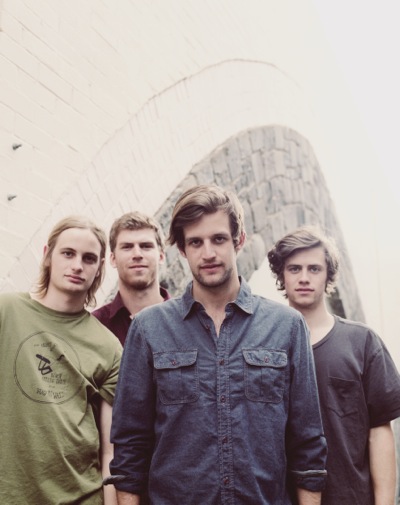 There is something special about the Forum Theatre. Its blue ceiling with painted stars gives the impression of an open-air theatre, as ancient looking gargoyles and Greco-Roman statues stare down from above the theatre stage. On Saturday night, the atmospheric venue was the perfect setting to welcome back rock, blues and soul outfit The Rubens for their second sold-out Melbourne show.

The brother band from Menangle in country NSW comprises of Sam (lead vocals and guitar), Elliott (keys and vocals) and Zac (lead guitar) Margin, and best mate Scott Baldwin (drums). Having only played together since 2011, they hit the scene last year with their LP, and have quickly won hearts in Australia and overseas. Their debut self-titled album was recorded in New York with producer David Kahne of The Strokes, Regina Specktor and Paul McCartney recordings, and their track My Gun earned number 10 spot in this year’s Triple J Hottest 100. 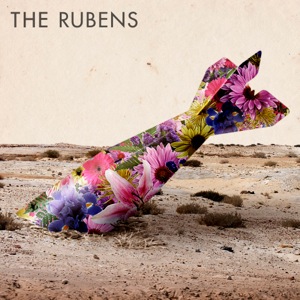 First on stage was special guest Melbourne singer-songwriter Ali Barter with her beautiful vocals and mix of dreamy pop and electronica. There were a few loud cheers so the little lady clearly has a following. After her ambient and laid-back vibe, the energy in the theatre changed with Ohio band Walk the Moon. They seemed an odd support for The Rubens, albeit one that got the crowd going and hit the right note with the younger audience down front. From the get-go they had people dancing and fist pumping to their synthy indie-pop tracks. There would have been a whole lot of sweat up there following the energetic American four-piece as a heavy R&B backing track boomed and brought the main act, plus bassist, onto the stage.

Fans were treated to The Rubens debut album in its entirety, opening with The Day You Went Away as frontman Sam’s rich bluesy vocals filled a now packed out Forum Theatre. With Elliott on keys, together he and Sam nailed the ‘call and response’ chorus giving Elliott’s vocals a chance to shine. Beautiful melodies, teamed with big, thumping drums and organ keys are signature of The Rubens sound. Their live show offers stripped-back and less polished versions of their songs than listening to the record, and this raw sound really resonates with their fans. Guitarist Zac leads Be Gone with that catchy first guitar riff and from there they play Elvis with Sam’s drawl ‘it gets ee-ee-ee-easier to love you’. A soulful and blues drenched version of the Cody Chestnutt track The Seed, with heavy drums from Baldwin, reflected the original’s funk sound and had everyone’s hips swaying about to the beat.

Slowing it right down with Paddy, featuring an almost western-like guitar twang and organ keys, this song gave the crowd time to consume lyrics of love and heartbreak, which are common themes lyricist Sam alludes to. Zac leads a powerful guitar solo right at the end before they play The Best We Got, which, from the piano intro, was performed with such vigor and encouraged one of the most energetic audience reactions.

The guys dropped a new track called Cut Me Loose and before the audience had time to reflect they launched into Lay It Down, the song that propelled the band onto the Australian music scene in 2011 and one of the set’s highlights. Before the inevitable encore the band played Don’t Ever Want to Be Found. A huge applause brought The Rubens back on stage for the emotive and stirring track Never Be The Same, and lead Sam Margin said, “This is our favourite track off the record. We hope it’s yours too.” There was only one song left and that was My Gun, which for one of their most popular songs didn’t pack as much of a punch as others, but it certainly didn’t disappoint and was the most fitting to end the set.

After a massive year of touring and supporting the likes of Bruce Springsteen and The Black Keys, The Rubens have certainly made their mark in the country and now overseas with their unique rock and soul sound. And their live shows are certainly testament to this ongoing success. They still have a string of dates, on their biggest tour to date, so catch them if you can. Visit www.therubensmusic.com for show details. 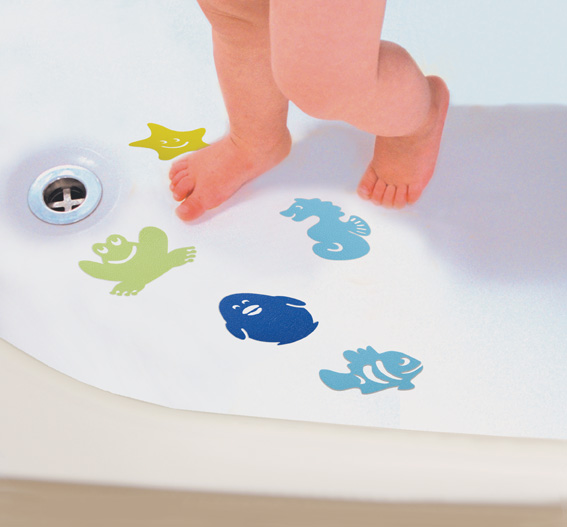 The bathroom is one of the key rooms in the home where safety is an absolute must. The new range of Dreambaby® Bath...
© Onya Magazine 2009 - 2021
Back to top