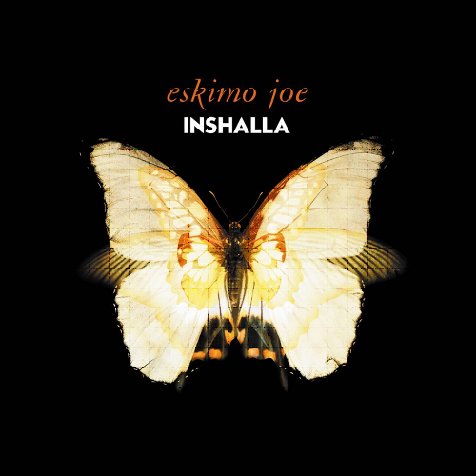 From the first track of Eskimo Joe’s album Inshalla, it’s pretty obvious that the band is trying to achieve something stylistically innovative and adventurous. Whether or not they’re just adding in Eastern-sounding instruments to seem different or original, is someting I’m not sure of.

‘Foreign Land’ seems to follow the same structure as the majority of their other tracks, which promotes their unique style through the iconic vocals of Kavyen Temperley. It is definitely one of those songs that just gets stuck in your head – perfect for driving along or chilling at home with a cup of tea.

It’s a great way to introduce an album that’s striving to be unique and successful. ‘Losing Friends Over Lovers’ is one of the most successful songs on the album, despite it leaning to more of a modern indie/pop influence which they seem to be more comfortable playing. Let’s hope they stick to this particular form because it works well for them. When you hear a band enjoy their music, it’s inevitable that you enjoy it too. Similarly, ‘The Sound of Your Heart’ has a definite energy that is becoming more and more recognisable in Eskimo Joe’s music. Sure, it can be said that this kind of genre is simple music; easy to play and easy to write, but I think they’ve taken an original spin on it and actually made it into something that is really theirs.

What makes this album successful is its diversity of musical styles which is a great indication of the band’s versatility. For example, the lovely acoustic/vocal opening of ‘Childhood Behaviour’ really brings forth Kav’s one of a kind voice. The addition of strings is a change from guitars and keys and the arrangement by Elena Kats-Chernin is beautiful but, more importantly, it matches the style the band is going for. What’s good about the arrangement is that it’s not too intrusive like some arrangements can be.

Like most albums, after a slow number generally comes a lively one, but what’s original about ‘Don’t Let Me Down’ is the enormously energetic chanting by a huge vocal chorus. It’s fun, catchy and oddly enough brings forth an image of Aussie ‘footy and pies’. It’s definitely a song they should consider singing at the beginning of a footy match (and, funnily enough, the lyrics match perfectly).

Speaking of Australian influences, my first impression of the second track, ‘Inshalla’ were , when did Midnight Oil get here? Kav is either trying to sound a lot like Peter Garrett or the song’s influence and energy just naturally matches such a well known Australian band. It’s way more of a rock based track than usual, but it works. Again, the concept of foreign influences is, at least, lyrically apparent, however, they probably shouldn’t have shown any kind of likeness to Midnight Oil. Such a comparison  is detrimental for uniqueness in their album. The same goes when we reach the halfway point of the album and the rock ballads start up. ‘Falling For You’ is pretty disappointing compared to ‘Falling For You (Intro)’. They made a beautiful thirty second track that makes the featured song out to be something of equal quality. What they probably should have done was extend the intro into one song, scrapping the limited and boring follow-up track that doesn’t show off the boys’ talents at all. It’s not a disastrous track, it’s just unsatisfying.

The general vibe of the ballad in this album is very confusing because the band has an energetic style which is ill-suited to the genre. ‘Losing My Mind’ has a confusing energy to it, however, it’s probably meant to be confusing as it is about losing your mind…so obviously the structure makes the song work for what it is. Towards the end of the album, the pace seems to level off and settle down more which works in ‘Your Eyes’, and, ‘Morning Light’. There are some really lovely solo passages for Kav in both songs.

Apart from the album only being thirty-nine minutes long, it’s put together incredibly well and displays a fair amount of versatility and experimentation with genre. Eskimo Joe are undoubtedly keeping themselves at a high standard with this album.

Inshalla (Warner Music) is out now.

By Sarah Kempson I’m not going to lie. I’m a little bit disappointed. None of my name suggestions were picked up for the fabulous...
© Onya Magazine 2009 - 2020
Back to top