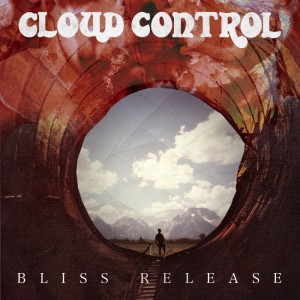 Hailing from the Blue Mountains, NSW, quartet Cloud Control’s debut album Bliss Release is an airy and folksy affair, channelling summer even in these colder months. This is indie pop of the highest order; so it’s no wonder the band seem to have their heads in the clouds.

The layered vocals harmonise beautifully. Lead singer/guitarist Al Wright and keyboardist/back-up Heidi Lenffer’s boy-girl voices twist around each other to create an androgynous dreamscape, which plays against the jangly guitars and ecstatic hand clapping. The songs are intricately arranged, and each ebbs and flows, backwards and forwards, to a satisfying conclusion.

The first single off the album is Gold Canary; a folk-inspired track that features background chanting and a foot-thumping beat.  This track, and many others, seem to draw on the same Caribbean-influences as Vampire Weekend.  The second single, and undoubtedly the best song on the album, is This Is What I Said, an impossibly infectious song that will see the listener feeling good about life because “Soul is all I got / I know it’s not much / But whatever it is, it’s mine.”  The band shows their versatility on the soft and almost-psychedelic Meditation Song #2, and the stripped-back, bones-laid-bare Just For Now.

If after a while some of the songs begin to sound similar, it’s only because each track is so uplifting as to dissolve into vapours, and into one another.  It’ll be interesting to see what Cloud Control make of their next effort, and if they create something a bit more elemental: electric, thunderous.  That said: Bliss Release is a beautiful debut.  Blissful, even.

We All Fall Down