Come to Life by Natalie Imbruglia 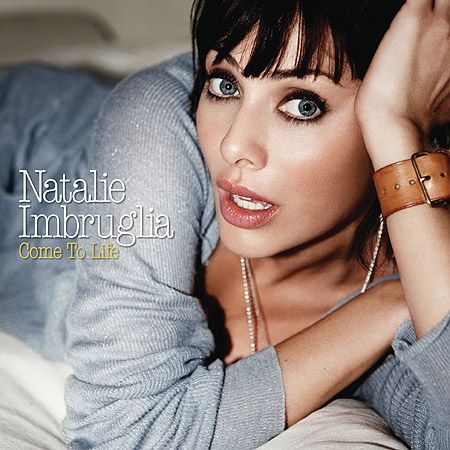 To be the ex of a musician is to play with fire. It lends your romantic foibles to be exploited for all to hear and dissect. And so, Natalie Imbruglia presents a fascinating case with her fourth album, Come to Life. There are songs on the album that, knowing her gossip column life, are hard to not associate with certain individuals, mostly that of ex-husband and Silverchair front man Daniel Johns. There are lyrics on Come to Life that feel like a stab to the gut. How else can one take the line from ‘Want’ in which she sings, “I hope you get all that you want / ‘cause I didn’t,” or on the poignant ‘Scars’ with, “I climb the walls / you hit the bars / you got your brand new friends and I got a broken heart.” Ouch doesn’t begin to cut it.

But Imbruglia isn’t a one-way street and when she’s not biting her lovers’ head off, like she does on ‘WYUT’, she’s waxing nostalgic and wondering how, where and why it all went wrong. The sublime ‘Fun’ almost feels like a modern day ‘Nothing Compares 2 U’ with its emotionally charged performance. Imbruglia sings from experience on this album and it is pure magic to listen to.

Natalie worked with Chris Martin on Come to Life, and Martin did admit that he has given her Coldplay’s best ever song. Upon listening to the Martin-written/Brian Eno-produced ‘Lukas’ it’s hard to argue. The song is, quite literally, one of the grandest and most delicate songs you’ll ever hear. The chorus, filled with lush coos from Imbruglia over a godsend of a guitar-led melody, make for something beautiful and altogether epic. It’s music at its best.

I don’t, however, want you dear readers to just think Come to Life is another album filled with Imbruglia singing over an acoustic guitar. It is not the case at all, as half way through the album she changes musical direction – but stays on the same path, lyrically – and becomes some sort of funky, electronic empress. ‘Want’ is scathing in her condemnation of a former flame over a beat that just will not quit, while ‘Cameo’ is made to be cranked up loud on a sound system with subwoofers and big speakers. It’s a corker.

The relatively short album – it’s only ten tracks long – comes to an end with the frothy ‘Wild About It’, which acts as a sort of happy-go-lucky coda as Imbruglia invites her friends into the recording studio (literally) to sing about summer and daisies and things that smell pretty (more of less). It acts as not only an uplifting end to the album, but a moving on by Imbruglia to the next stage of her life. Come to Life’s achievements can’t be underestimated. It hit me like a boxer and the melodies and tunes duck and weave like one too. It is a stunning album that, if there were any justice, would sell like her debut, Left of the Middle. And if it doesn’t it will remain my little secret of an album, an album I’m sure I will have no problem with claiming is the year’s very best come December.

Come to Life is out now.

Wow, I need to get my hands on this. I have always had a soft spot for Natalie’s easy on the ear vocals, and LOVED Left of the Middle. Good to see she’s come out with something of this quality.

Recently launched FlexiFlats are a lightweight, compact shoe sensation set to revolutionise your approach to ‘party’...
© Onya Magazine 2009 - 2020
Back to top