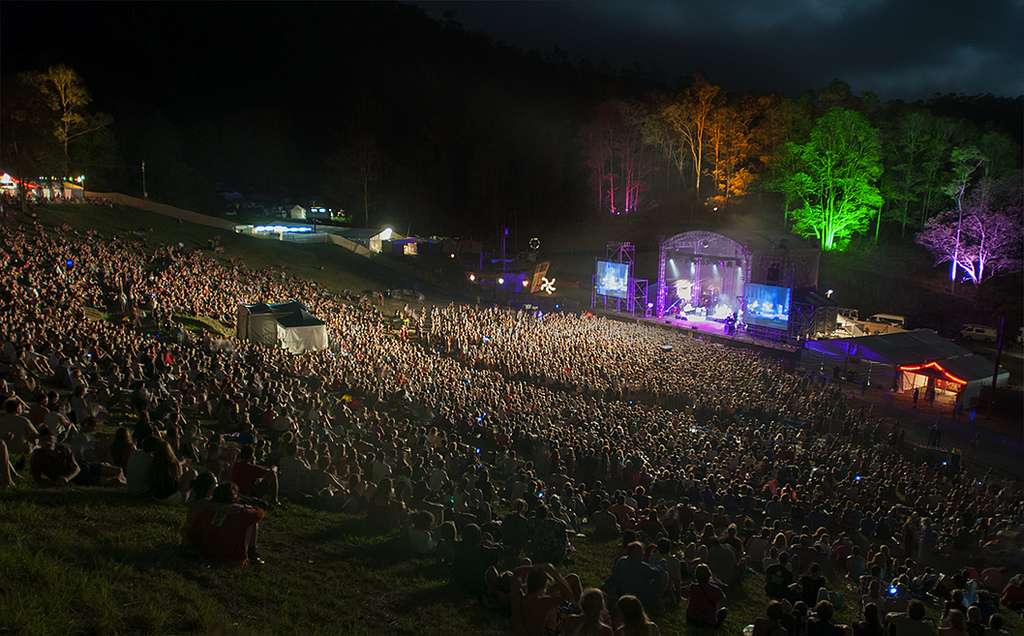 “Many of my most formative experiences as a songwriter and a person happened at the Woodford Folk Festival.  I am still a major fan of the festival.  I love being able to see comedy, circus stuff, debates, films, music in lots of different spaces over the course of a week.  It’s a huge festival, yet very approachable.  There is a beautiful community atmosphere at Woodford that I haven’t seen as much at other festivals” – Kate Miller Heidke

Woodford Folk Festival is one of Australia’s most iconic annual events; returning for its 28th year from 27 December 2013 to 1 January 2014. The festival, which is held in Queensland’s Sunshine Coast hinterland (just one hour’s drive north of Brisbane and one hour from Noosa), is Australia’s largest gathering of artists and musicians and each year includes a programme of music from all over the globe that ranges from folk to world, blues, indigenous, reggae, country to traditional, hip-hop and blue grass, and includes many special presentations including a spectacular fire event on New Year’s Day.

Last year’s festival saw an aggregate audience of 113, 000 at “Woodfordia” over the six days and saw 2, 200 artists and musicians perform across 25 venues. Tickets and camping for the 2013/14 ‘festival of festivals’ are now on sale from www.woodfordfolkfestival.com and the Festival programme will be launched on October 19th – get in now so you don’t miss out! 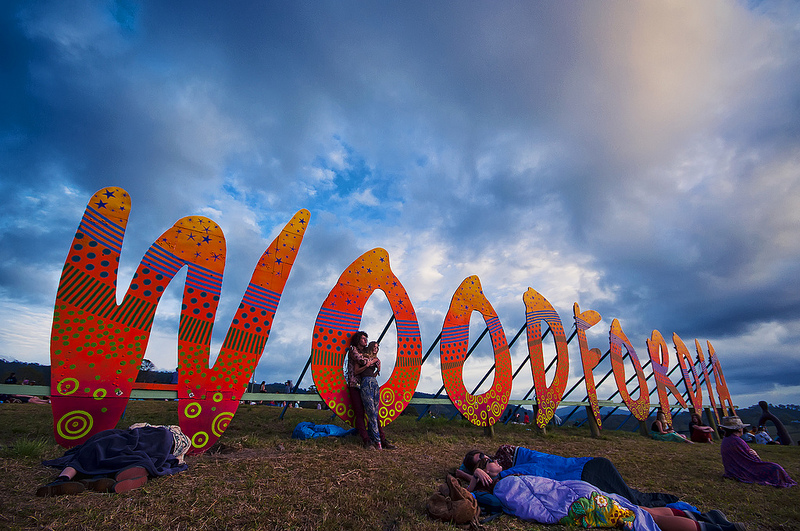 Woodford Folk Festival is a real ‘musician’s festival’ and is known to be an early adopter of countless artists over its 28 year history, with 65% of the programme being new artists performing at Woodford for the first time. Some of Australia’s most celebrated musicians including John Butler, Kate Miller Heidke, Angus and Julia Stone, Lior, and The Cat Empire all count Woodford as one of their first and favourite Festival gigs. As the years roll on and their success grows, these artists continue to return home to “Woodfordia” to perform.

Each year Woodford also plays host to a number of world class international acts who travel from all over the globe to perform at the Festival. Over the years we’ve seen acts such as Sharon Jones and the Dap Kings, Arrested Development, Katchafire, and Passenger all wow the Woodford audience.

A strong emphasis is placed on the maintenance of the traditional arts and values of indigenous and ethnic cultures, setting the festival somewhat apart from other major music events. Woodford offers a cultural programme of world class Indigenous dance, music, and literature. Over the years Woodford has hosted some of Australia’s great Indigenous performers, Kev Carmody, Yothu Yindi, Archie Roach, Shellie Morris, among many others, as well as supporting up and coming Australian Indigenous acts, Microwave Jenny, Thelma Plum and the Stiff Gins to name a few.

Beyond the music is the real heart of the festival: tree-filled grounds, butterfly walks, ponds and a smorgasbord of international food, interesting debate, comedy, circus, extraordinary street theatre, a complete kid’s festival and a general celebration of community. “Woodfordia” is a place where musicians and artists mix it up with a former Prime Minister, politicians, professors, doctors, environmentalists and circus performers. Last year, after an invitation from long standing festival devotee, former PM Bob Hawke, then Prime Minister Julia Gillard made a surprise visit; the first time in the festival’s history that a standing PM has attended.

I officially miss Melbourne. No, not for the reasons one might expect like family and friends, although I do miss those....
© Onya Magazine 2009 - 2021
Back to top