Ethereal pop duo, Auguste have released their new single, Kingdom, a synth-soaked call-to-arms for those defending themselves against personal space invaders. The talented gals have also released a stunning video to accompany the single which features contemporary dancers Jess Statton and Aiden Kane Munn in a sharp studio landscape turned battleground against doubt.

Off the back of the success of their last single Slow Motion, which has almost 200,000 streams on Soundcloud, Kingdom is a mature offering from the duo. Produced by renowned Australian musician and producer Andy Bull, Kingdom comes as a welcome anthem about taking control of your own personal space. Written by the step-sisters and self-confessed BFFs, Skye Lockwood and Beth Keough, the single is reminiscent of London Grammar, Bat for Lashes and Ellie Goulding, with effortless vocal harmonies, climactic synth swells, dramatic silences and thought-provoking lyrics. Of the release, vocalist and guitarist Lockwood says, “Kingdom is about personal space and the challenges we face when others are invading that space in a negative way…it’s really a bit of an ‘eff you’ to anyone who has ever tried to control you or tell you what to do.”

The accompanying video for Kingdom is clean, regal and promotes a sense of strength and independence in the face of negativity. Produced by Rebecca Elliot, directed & edited by Alfonso Coronel and filmed by David Gregan, the clip depicts Auguste as modest royalty, watching over as two dancers illustrate a battle for ‘the kingdom’. Reflecting on the clip, vocalist and keyboardist Beth Keough explains, “The song is called Kingdom because of the lyric ‘this corner is my kingdom’, so there is royal imagery worked into the scenes…. we wanted the clip to evoke that feeling of ownership.”

The Adelaide-natives are thrilled to release Kingdom into the world, and this is just the beginning for the pair who are already working on their next single, with plans for an EP in the near future. In the meantime, Keough says the duo are content with the Auguste lifestyle. “We both live in Adelaide and it’s a pretty bloody good life, living close to town. It’s affordable for an artist and there is always so much to do, the creative scene is really thriving here at the moment and we both love getting out amongst it, and getting inspired by it all.”

5 Things I Wish I Knew Before I Was Pregnant 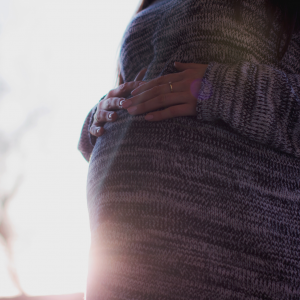 5 Things I Wish I Knew Before I Was Pregnant