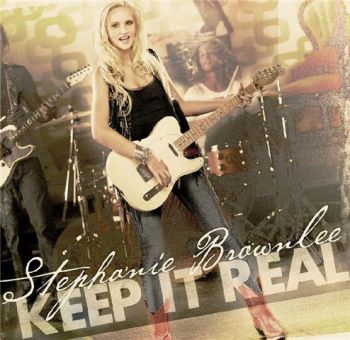 Queensland based Stephanie was discovered at just 15 years of age. At 16 she was signed to Front Row Management. Front Row Management is headed by Dennis Dunstan, former manager of Fleetwood Mac. Stephanie is being billed as Australia’s answer to Taylor Swift and Avril Lavigne. When asked how it feels to be compared to such talented artists she tells me “it’s awesome.” There are times throughout my interview where I momentarily forget Stephanie is just 17 years old. It becomes obvious to me very quickly that this girl is definitely on her way to achieving unlimited country rock music success

To date, Stephanie has released two singles. Her first single Keep it Real was written by American country music songwriter Liz Rose. Liz Rose is best known for her work with Taylor Swift. Stephanie aspires to one day have the opportunity to write with Liz Rose. Keep it Real impressively moved up the country music charts from number 39 in its first week to number 22 in the ensuing weeks following its release. It was exciting for Stephanie to be in the top 30 let alone number 22 as a new artist.

Stephanie explains she feels accomplished to have already released two singles.  She is definitely embracing the opportunities she has been given. She is looking forward to the opportunity of one day collaborating with established and experienced songwriters – an opportunity she sees that will allow her to develop her ideas with their support. She envisages one day of writing her own lyrics.

Last year while completing Year 12, her final year of school, Stephanie took off to Nashville for two weeks to record her debut album Keep it Real. The backing tracks for the album were recorded in Nashville and the vocals in Sydney. She also went on tour with Australian country music sisters, The McClymonts, performing as their support act. Her performances received rave reviews from The McClymonts fans. While undertaking all this, Stephanie managed to apply, and was accepted, into her first university course of preference, journalism, at Griffith University. For now she has deferred university study, music is her number one priority.

Stephanie’s first love has always been music. For as long as she can remember she wanted to pursue a career in the music industry. As a little girl she would sing around the house. She was brought up around country music and was born in Tamworth, the Australian country music capital. She has always been surrounded by music which encouraged and nurtured her passion. Her parents aren’t particularly musical, however, her Pop is a keen and accomplished guitarist with a good ear for music. Stephanie is part of a large and very supportive family with two sisters and two brothers. When on tour her Mum always travels with her, leaving her Step-Dad and Nan to look after the family at home.

Stephanie loves and thrives on all aspects of her music career, from travelling on the road to interviews to recording in the studio to performing live. She is enjoying it all.  At times she finds her life a little confusing, unable to understand how she is where she is today pursuing her dreams and achieving great success as a country music artist. 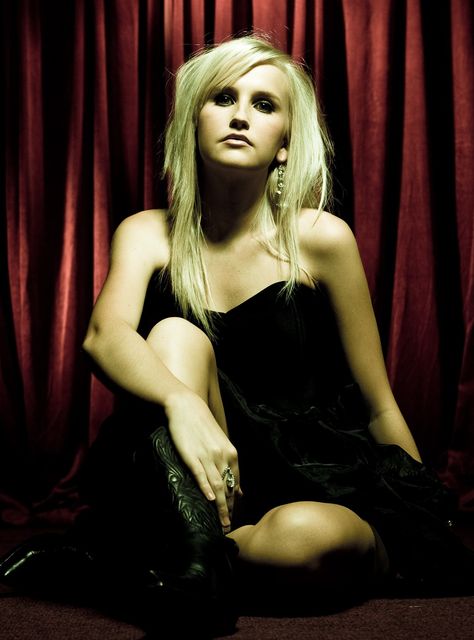 Stephanie has been challenged by her age and has made a high degree of sacrifice to get to where she is today. While friends spend most of their time partying and going to the beach Stephanie is home practicing her music. It’s been difficult for her a times but she wouldn’t change her life. She loves her music and has managed to develop independently as an individual. She has become accustomed to not seeing a larger circle of friends but retains her friendship with a close group of friends. Like most 17 year-olds she enjoys the opportunity to hang out with friends, go to the beach, the movies and doing normal ‘kids’ stuff. She also enjoys spending time in the gym, keeping fit and maintains a healthy living focus.

Stephanie has a weakness for shoes. At a rough estimate she owns over 30 pairs. She frequently finds herself having to restrain from purchasing another pair. When we spoke she was still thinking about a pair she’d seen the day before and I wonder whether she went back to the store to purchase them. For her two-week trip to America she packed 18 pairs of shoes. She wore only 4 of those pairs. Only a woman will understand the need to pack the ‘just in case’ pair of shoes.

Check out Stephanie’s website for more details on the girl who is set to take the Australian country music industry by storm.