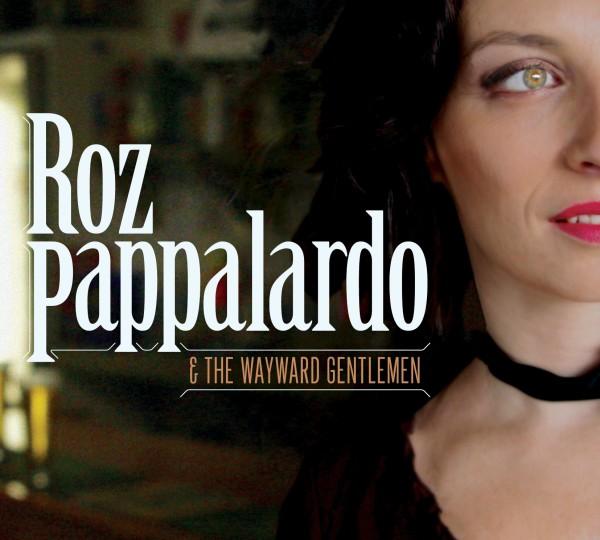 Roz Pappalardo takes fifteen minutes out from teaching a Year 12 class in Brisbane to chat with me. Roz is an exceptionally talented woman. She wears a couple of different caps. Not only is she a trained teacher she is also a well accomplished singer and songwriter. For our interview she pops on her singer-songwriter cap, one I instantly feel she is more than comfortable in. In only a few short minutes I can appreciate her love of music, singing and song writing – they are her true passions.

For over a decade Roz Pappalardo has been known as a member of Queensland based contemporary folk duo, Women in Docs. Roz continues to perform with Women in Docs who are currently enjoying a short break. Today Roz is also known as a solo artist who in September 2009 released her debut solo album, ‘This Lifeboat’.

Roz Pappalardo’s music on ‘This Lifeboat’ is alternative country rock. Since the recording of ‘This Lifeboat’ her music is evolving with more of a strong indie rock focus. Roz has an attitude I like; she doesn’t want to compete with other musicians.

Roz’s father, a musician, inspired Roz to pursue her passion for music. He encouraged and influenced her decision to go to Uni to achieve a teaching degree as a means of supporting her dreams to pursue a career in the music industry. Roz has temporarily put on hold plans to complete a Masters in Education.

‘This Lifeboat’ is a personal album that share’s Roz’s feelings about love, life and death. The lyrics are a snapshot of many of Roz’s emotions and experiences. The recording of ‘This Lifeboat’ was an opportunity for Roz to look inside herself.

Roz is a stellar song writer. Her enthusiasm and drive to release a solo album came from a desire to give her music another perspective, a different perspective.

‘This Lifeboat’ is backed by ‘The Wayward Gentlemen’, four musicians Roz individually handpicked for her band. A process where Roz approached each of them to join her after seeing them perform with other bands at different venues around Brisbane. Roz explains in time the band are gelling more as an act, they are enjoying playing together more. During the recording of ‘This Lifeboat’ they were ‘getting to know each other’.

‘This Lifeboat’ was recorded over two years at the home, a converted church, of multi award winning Australian music producer, Magoo. The picturesque location, surrounded by bush land, aided the evolution and recording of the album. Magoo is well known for his work with Powderfinger, Kate Miller Heidke and Regurgitator.

The recent release of the album’s second single ‘Broke’ is a track I could listen to over and over. Roz tells me of her experience in penning the lyrics while staying at her sister’s home in Cairns. She woke early one morning totally driven with an idea and the urgency to pick up her guitar. She imagined the emotions of a human being as colours and what happens when an emotion is broken. I highly recommend a listen to ‘Broke,’ a duet she has recorded with fellow alternative country rocker Andrew Morris.

While pursuing her passion for music Roz has spent much of the last few years working alongside some of the most interesting and disadvantaged communities in Australia. From the Gulf of Carpentaria in Queensland to Arnhem Land in the Northern Territory, from Toowoomba in South East Queensland to Cunnamulla just north of the New South Wales border. Roz has facilitated songwriting and theatre making processes with children and elders of Indigenous communities. She has also spent time with Sudanese and Iraqi refugee committees. Her time spent with these communities has profoundly influenced her music and their stories have shaped the subject matter of many of her songs.

In the pipeline and penciled in the diary are plans for Roz and The Wayward Gentlemen to record a second album in February of next year. Much of the second album is inspired by Roz’s work with the regional and minority groups around Australia. Roz is adamant that this album won’t take two years to record. She is hopeful its recording will be a three to four week stint in the studio. With its release anticipated for May/June 2011.

Stay tuned to national and community radio for Roz’s quality vocals accompanied by her acoustic guitar. ‘This Lifeboat’ shares Roz’s talents as an endearing singer/song writer. I’m looking forward to the release of a second album by Roz Pappalardo and The Wayward Gentlemen.

For more information on Roz Pappalardo and The Wayward Gentlemen check out their MySpace page or visit Roz’s website.

[…] https://www.onyamagazine.com/arts-culture/music/music-meeting/music-meeting-roz-pappalardo/ This entry was posted on Monday, September 6th, 2010 at 10:42 PMand is filed under Published Work. You can follow any responses to this entry through the RSS 2.0 feed. You can leave a response, or trackback from your own site. […]

Each time a home-grown beauty brand wins an Australian Beauty Award I get a warm fuzzy glow. Can you feel it? It’s...
© Onya Magazine 2009 - 2020
Back to top