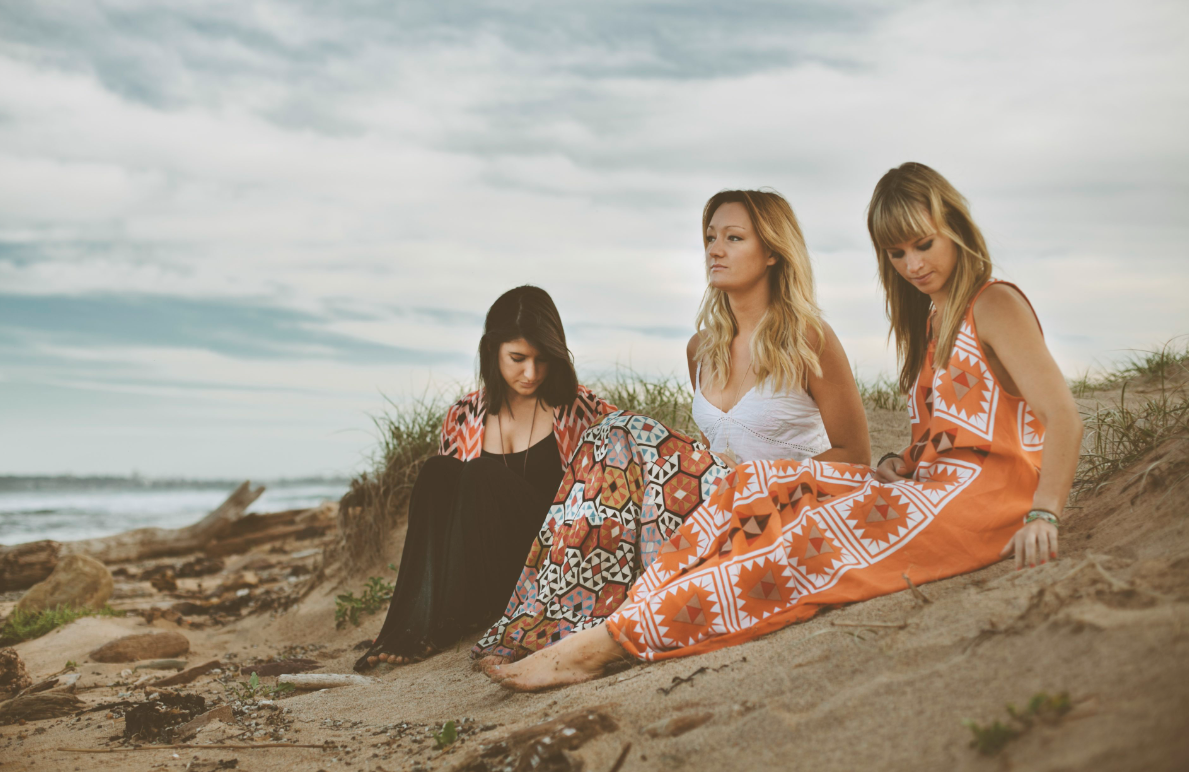 Sydney indie-folk trio Hannah Field, Liz Drummond and Annie Hamilton were brought together by a love for music and songwriting to create the sweet and heartfelt melodies of Little May. Forming only a year ago their first single release Boardwalks is a fitting intro to their sound; guitar driven folk, honest lyrics and three voices beautifully entwined. With the release of their debut EP later in the year and recent slot at the Secret Garden Festival, it seems this is just a taste of what is ahead for these talented songstresses. Kendall Munns caught up with lead guitarist, banjoist and backing vocalist Annie in the lead up to their upcoming single launch at The Vanguard in Sydney.

Describe your sound in a few words:

Indie/folk, with heaps of three-part harmonies!

Who are Little May and when did you start writing and making music together?

Little May have been together for about a year now. Liz and Han had been writing music together since they were about 16, but never thought that anyone would ever hear it (I’d been friends with Liz for years and never even knew that she played guitar or sung). I had been playing guitar alone in my bedroom for about eight years and was getting pretty bored; I really wanted to be playing with other people, so when I found out that Liz played guitar, I was pretty excited to have someone to jam with. I then started adding guitar parts and harmonies to their songs, and we had our first gig late 2012.

I heard you are all self-taught musicians. When did you start teaching yourselves and who plays what in your trio?

Han is the lead singer, Liz plays rhythm guitar and sings, while I play lead guitar, banjo and sing backing vocals. Liz started teaching herself guitar by watching her older brother play and copying everything he did. I had always played clarinet and saxophone in school bands while I was growing up, so switching to guitar was a natural step for me when I wanted to continue music but got sick of playing in school bands. Then one day a couple of years ago, I had half an hour to kill so I walked into a music shop and impulse-bought a banjo, which I’ve been teaching myself ever since.

Tell us about the first single ‘Boardwalks’ off your debut EP.

We picked Boardwalks to be the first single because we thought it would be the best introduction to us and our sound.  Liz wrote the song a couple of years ago; it’s about moving on from a long-term relationship and rediscovering a sense of independence. We then reworked it together and came up with some new guitar parts, hooks and harmonies. It was recorded and mixed by Michael McGlynn and produced by Michael McGlynn and Sam Thomlinson at Vienna People Studios in Annandale, and mastered by William Bowden at King Willy Sound.

The video for Boardwalks is beautiful and it looked like you had a heap of fun making it. Where was it filmed?

The video was filmed down the South Coast of New South Wales in Mollymook. We went down there for a weekend with our good friend Sean Dooley (director) and basically just spent the weekend frolicking around and having fun. I spent all of my summers in Mollymook on family holidays during my childhood so it’s a place that’s really close to my heart and it holds a lot of memories for me.

Can you give us a little taste of your EP and what we can expect?

I think that the five tracks on the EP are all quite different to each other…I’ve listened to all of the mixes so many times now that I find it hard to describe them to people! I wish I could listen to them with fresh ears because I always wonder what my first impressions would be. I think people might get a shock when we release the second single, it’s quite dark and eerie compared to Boardwalks. One of the other songs has a bit of a country twang, but I think they all complement each other in their diversity.

What’s your approach to song writing?

We’re constantly recording little bits of guitar riffs, chord progressions and melodies on our phones and sending them to each other. Han is a lyrical genius; she carries around a notebook and is constantly writing, so she will usually think of some lyrics that match the music. Then we’ll all get together and work on harmonies, song structure and other aspects of the song. It’s a very collaborative process. 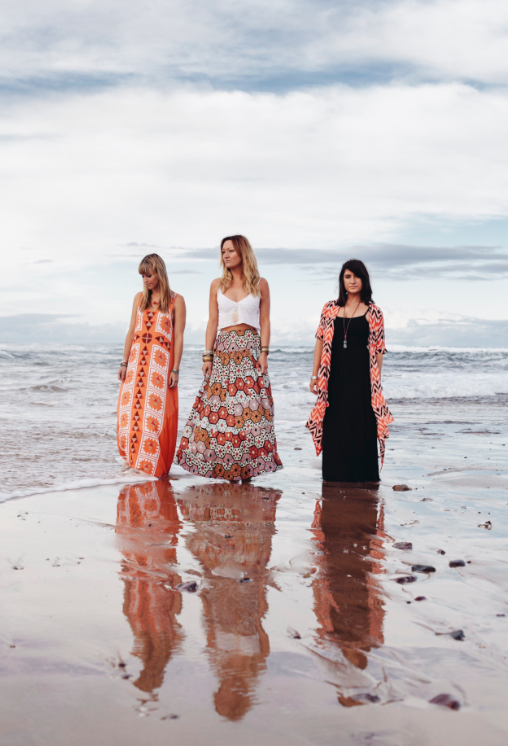 Who inspires or influences you musically?

All three of us inherited a love of music from our parents, and growing up we all listened to a lot of amazing musicians like Fleetwood Mac, Bruce Springsteen and Simon & Garfunkel. In saying that, we’re definitely also influenced and inspired by plenty of contemporary bands such as Mumford & Sons, Laura Marling and Local Natives.

If you could cover any song what would it be?

We’ve been wanting to do an Alt J cover for ages, I think the harmonies would be heaps of fun and hopefully we could put a bit of a different spin on it!

What are you listening to at the moment?

Between the three of us there’s a lot of Alt J, Local Natives, Half Moon Run and Vance Joy being played at the moment!

You are launching your single at the Vanguard in Sydney. Who else are you playing with?

We’re so excited about this gig, especially because we’re being supported by our good friend Hein and Anabelle Kay, both amazing musicians. It will also be a bit of a different gig for us as we’ll be playing with a full band for the first time ever, including bass, piano and percussion.

What else does 2013 have in store for Little May?

We’ll be releasing our second single in the next couple of months, followed by the rest of the EP in late 2013. We’ll hopefully be doing a bit of an east coast tour to celebrate the release of the EP, so that should be really exciting!

Little May launch their single Boardwalks on August 8 at The Vanguard, Sydney.

The Things I've Learnt At 30 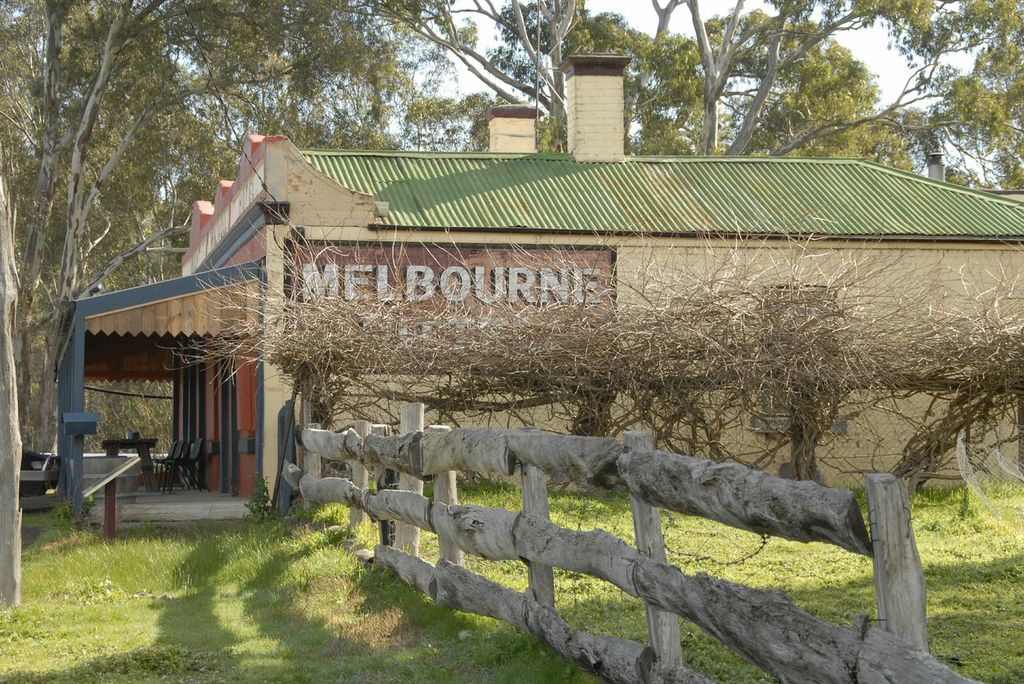 One thing I truly love about being Australian is how we tend to downplay some of our biggest achievements. For example, did you know...
© Onya Magazine 2009 - 2021
Back to top