Who’s gonna make the gravy with Paul Kelly this year?

Some of Australia and New Zealand’s finest musical exports – Courtney Barnett, Kate Miller-Heidke and Marlon Williams –will join the legendary songwriter on this world class lineup in Perth, Melbourne, Sydney, and Brisbane on the Making Gravy tour. Providing sweetness, and that extra tang, Thelma Plum will open proceedings in Sydney.

Back by popular demand – and now in its third year, the Making Gravy tour kicks off  the festive season celebrations with the music of Paul Kelly’s four decade-long career, reserving  a special place for the Christmas classic ‘How To Make Gravy’. The  special guests, selected by Paul, elevate the outdoor concert series to a new level, highlighting the best and brightest local talent in today’s scene.

The tour will head to Perth for the first time this year, kicking off at Stadium Park at Optus Stadium on Saturday 7 December, before returning to Melbourne’s Sidney Myer Music Bowl on Thursday 12 December and Sydney’s The Domain on Saturday 14 December, wrapping up on Gravy Day itself, Saturday 21 December, at Brisbane’s Riverstage.

It’s perfect timing, with Kelly’s just-announced new greatest hits album Songs From The South (1985 – 2019) being released on November 15 through EMI Australia. It will feature numerous revered songs from the iconic songwriter’s illustrious career, including cuts from his most recent studio albums, Life Is Fine and Nature. There’ll be classics like ‘To Her Door’, ‘Dumb Things’, and ‘From Little Things Big Things Grow’, recent gems such as ‘With The One I Love’, the Dan Sultan collaboration ‘Every Day My Mother’s Voice’, and a brand new single with Kasey Chambers, ‘When We’re Both Old And Mad’, and of course, ‘How To Make Gravy’.

Alongside the album release of Songs From The South (1985 – 2019) is Kelly’s new book, Love Is Strong As Death, a collection of poems curated by Paul himself, to be released on November 18 (Penguin), and 13 Ways To Look At Birds, Kelly’s classical album out at the end of the month on August 30.

Inducted into the ARIA Hall of Fame in 1997, Paul Kelly is renowned as one of Australia’s greatest performers and songwriters, with a prolific 24 studio albums, multiple film soundtracks, and two live albums to his name. 2017’s Life Is Fine saw Kelly finally achieve his first ARIA #1 album, also earning him ARIA Awards for Best Male, Best Adult Contemporary Album, Best Cover Art and Engineer Of The Year. He backed it up with another ARIA #1 album in 2018 with Nature. He’s toured Australia countless times, both as headliner and occasionally in support of greats like Bob Dylan and Leonard Cohen, and in 2017 was awarded the Order of Australia for his distinguished service to the performing arts and the promotion of the national identity through his contributions as singer, songwriter and musician.

One of Australian music’s biggest success stories in recent years belongs to Courtney Barnett. Armed with a distinctive voice, wickedly insightful lyricism, and simple yet ferocious guitar work, it’s little wonder reviews packed with superlatives follow her like a shadow. Sharing with Paul Kelly an innate ability to conjure a uniquely Australian feel, she’s the perfect addition to the top of the Making Gravy bill, with tracks like ‘Avant Gardener’, ‘Elevator Operator’, and ‘Nameless Faceless’. The first female artist to win the ARIA for Best Rock Album, she’s also taken home triple j’s Album of the Year, the Australian Music Prize, and a Grammy nomination – the latter a mark of her domination of stages around the world, not just at home. Two EPs and her debut record Sometimes I Sit And Think, And Sometimes I Just Sit preceded a collaborative album with US legend Kurt Vile, Lotta Sea Lice, before 2018’s powerful, scathing, and fierce sophomore album Tell Me How You Really Feel blew the world away. Her thundering live show has seen Barnett headline festivals around the world, with her global impact an unprecedented achievement in Australian music.

In a whole different way, the legendary Kate Miller-Heidke took Australia to the world with her show-stopping top 10 performance of ‘Zero Gravity’ at the Eurovision Song Contest. The award-winning singer-songwriter has soared across indie-pop, folk, and opera – the only artist in history to perform at the New York Metropolitan Opera, the Eurovision Song Contest, and Coachella. With four studio albums to her name, the classically-trained, multi-platinum artist has also written for and performed in operas and stage productions around the world, and is currently working on her fifth studio album. Her most recent release, ‘Ernie’, was originally written for The Hush Foundation, which creates calming music for children’s hospitals and other stressful environments.

New Zealand’s most alluring voice, Marlon Williams, will also join Paul Kelly around the country on the Making Gravy tour. His unforgettable tone has captivated audiences around the world, plucking at our collective heartstrings with tracks like ‘What’s Chasing You’, ‘Beautiful Dress’, and ‘Nobody Gets What They Want Anymore (feat. Aldous Harding)’. The crooner has sung duets with Florence Welch, Lorde, and Julia Jacklin, sold out global tours in support of his second album Make Way For Love, and won the New Zealand Music Awards for Album of the Year (Make Way For Love) and Best Solo Artist. To top it all off, he made his Hollywood debut by quite literally stealing the show from Bradley Cooper in A Star Is Born.

In Sydney, 24-year-old Gamilaraay woman Thelma Plum will open proceedings with hits from her recently released debut album Better In Blak. The triple j Feature Album is a story about culture, heritage, love, and pain, deftly capturing the essence of what it’s like to be a young Aboriginal woman in Australia. Written and recorded across New York, London, and Sydney with frequent collaborator Alex Burnett (Antony & Cleopatra, Sparkadia), it features singles ‘Clumsy Love’, ‘Not Angry Anymore’, and title track ‘Better In Blak’. Dave Le’aupepe of Gang of Youths pops up on ‘Love And War’, and the one and only Sir Paul McCartney makes a contribution on guitar to ‘Made For You’, a love song Thelma fittingly wrote with Paul Kelly himself.

Over the last few years, Making Gravy has become an unmissable live music experience. Christmas has come early with this unbeatable lineup, so get your tickets now so you don’t miss out.

How To Personalise Your New-Build Home Both Inside And Outside 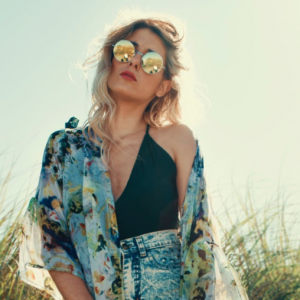