Within this sea of activity, almost 40 Australian acts were among the 2,500+ acts in Austin from 12-17 March, vying for attention from fans, labels and potential sponsors, all hoping to achieve greater exposure in the lucrative but notoriously difficult US market. A large proportion of SXSW attendees are music industry types, but music fans also flock to the event in increasing numbers each year. While some fans attend to see their favourite established bands, for me the overwhelming theme was discovery, both of new music and of an enthralling southern US city that challenges most preconceived notions you may have of Texas.

The most well-known SXSW event for showcasing Australian talent is the Aussie BBQ run by Sounds Australia and Stagemothers. Held on 16 March at Maggie Mae’s bar in Austin’s famous 6th Street, the majority of Australian acts at SXSW played across multiple stages, culminating in sets from acts who are already major drawcards in Australia and have developing fan-bases in the US, including Flume, Seth Sentry and 360.

Similar events are run for British, Canadian, German and New Zealand acts at SXSW. These events typically ply attendees with free booze and food that is representative of the nation—at the Aussie BBQ it was beer and sausages, the NZ event provided Marlborough wines, a UK event offered fish and chips, and one German showcase even provided guests with a three course meal prepared by a celebrity chef.

But for most acts, these nation-specific showcases are just one stop on an arduous schedule where some may play up to 15 unpaid shows over six days. This can lead to major logistical challenges for performers—this was no more evident than for Californian dance wunderkid Robert Delong (his single Global Concepts is currently making big waves on Triple J), who patiently chatted with myself and a friend after his set in an uber-stylish BBQ restaurant (such things exist in Austin), before politely telling us he needed to pack up his gear because his next show was six blocks away and started in 50 minutes. Fair enough Robert.

We saw countless examples where such unforgivingly tight schedules backfired for bands. The day before they tore up the stage at the Aussie BBQ, a set by energetic Ballarat band Gold Fields at a billiards hall was cut several songs short after a difficult sound check delayed its start. Despite calls for more from a large and enthusiastic crowd (including some fervent Australians keen to sing along), their time was up and the bemused-looking band began packing up.

It can be even more difficult for bands with no label support or management. After providing my personal highlight of SXSW with an astonishing set of melodic and euphoric indie rock in front of a tiny crowd, Frederico Ritchie of Macau-based 3-piece Turtle Giant gave us an insight into the trials attached with just getting on stage at SXSW. His band’s entire SXSW experience to that point had been consumed with piecing together enough equipment to play a show. After loaning some guitars and a dodgy drumkit, just hours before their first show they almost resorted to paying over US$1000 to hire an amp. In the end, a chance encounter in a coffee shop secured them an amp for US$200, which they then shared with Sydney band Bearhug. While the band received some much welcome exposure, including the opportunity to play a simulcast set on Seattle-based radio station KEXP (which supplied gear and promoted the show), Richie told us they were unlikely to put themselves through the hassle of a return trip to SXSW.

But despite the potential pitfalls for artists, every year there will be a handful of acts for which SXSW is truly game-changing. This year a few Australian acts were massive winners, perhaps no more so than Melbourne hip-hop-all-round-nice-guy Seth Sentry. Following several well-received showcases, Sentry entered and won a freestyle rap battle against two American acts, Devin Miles and Snow Tha Product. Typical of the corporate and social media driven behemoth that is SXSW, the battle took place at the Doritos Bold Stage (yep, that’s the giant vending machine) and the winners were decided solely through the number of Instagram and Twitter posts carrying each artist’s hashtag. The prize? A lucrative support spot on LL Cool J’s upcoming US tour.

Adelaide’s own Atlas Genius also made big waves at SXSW this year. Their brand of synth-driven indie rock already has an ardent following in the US—we even met someone who had driven to Austin from Oklahoma City just to see them play—and with a new album just released they were one of the buzziest acts of the week. Their time in Austin included support spots for acts such as The Flaming Lips and Macklemore of ‘Thrift Shop’ fame, and their album peaked at #10 on the Billboard Alternative Chart during the festival.

But the last word must go to Mr Nick Cave—a man who probably doesn’t need an event like SXSW to kick-start his career. Cave and his band The Bad Seeds played one of the most highly anticipated shows of SXSW 2013, sharing the outdoor stage at Stubb’s Bar-b-q with Alt-J (a band that also generated plenty of hysteria during the week), Yeah Yeah Yeahs and seminal Mexican act Café Tecvba. Such was the popularity of the event, a ballot system was required to manage demand among SXSW badgeholders (a badge typically provides entry to all events). 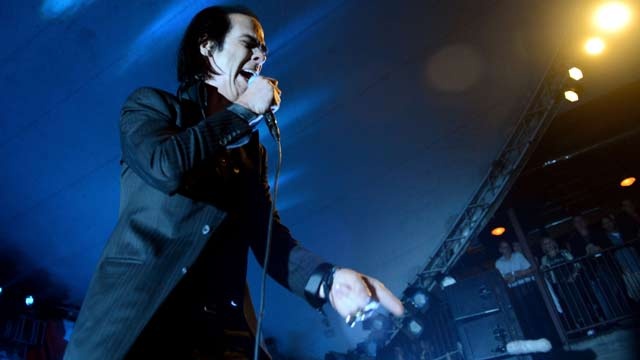 Perhaps given to the advancing years of his band members Cave was the first act of the night, meaning his show commenced in the fading light in an expansive yet intimate outdoor setting typical of so many Austin venues. Fittingly, this show was adorned with far less big brand paraphernalia than the majority of SXSW shows, giving it the feeling of an Austin rock show outside the one month a year when the corporate circus rolls into town.

Famous for his stage presence, Cave used his full arsenal of moves, delivering a jarring mix of charisma and unsettling aggression. At times he sung only inches away from the faces of audience members in the front row, while at other times the force of his pelvic thrusts and leg kicks threatened to overshadow the music. While about a third of his set was devoted to tracks from his recent album ‘Push the Sky Away’, it also included classics such as ‘From Her to Eternity’, ‘The Mercy Seat’, and an unrelenting rendition of ‘Stagger Lee’.

Interestingly, several people I spoke to in the crowd were at their first Nick Cave and the Bad Seeds show. This seemed emblematic of SXSW as a place of discovery, even if the discovery is one of music’s most enduring personalities.

Great piece, Kieran, enjoyed reading about the Australian acts you saw and insight into the chaos that went with some of the SXSW shows. As a music fan, I would love to make it there one year.

You write a good article. I think you’re cool 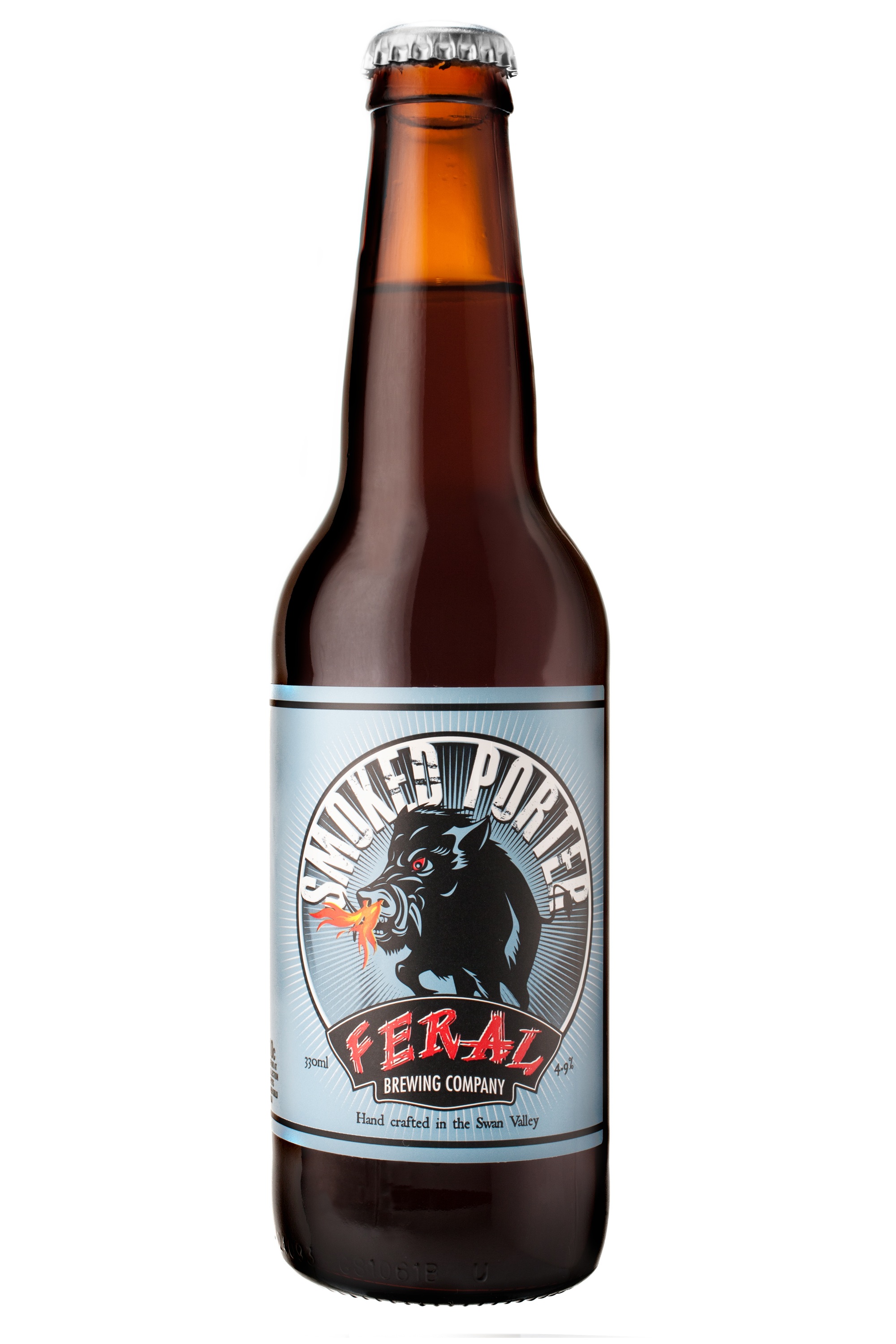 There's something delicious about smoked beers. Smoked anything really. Smoked meats. Well, that's all I guess. Nevertheless,...
© Onya Magazine 2009 - 2021
Back to top