Every Day’s A Jazz Festival at Bird’s Basement

Following the stunningly successful opening month of Bird’s Basement, Melbourne’s newest ultimate music and dining venue is going deep into the groove with a new line up of international and local talent ready to grace the neon blue stage this April.

Located at 11 Singers Lane, Bird’s Basement opened on a high note with a sold out six‐night residency from Ravi Coltrane, son of legendary musicians John and Alice Coltrane. Other international talent to follow will be legendary guitarist Lee Ritenour from March 22nd – 27th, and from April 19th ‐ 24th Melbourne can experience the musical genius of world‐renowned band, Spyro Gyra.

Bird’s Basement, which is owned by entrepreneur and jazz musician, Albert Dadon AM, offers Melbourne an intimate performance and dining venue with one or two shows per night.

Amongst an array of one-­‐off performances, Bird’s Basement will host weekly resident performances by several bands throughout the schedule. Regular acts include the Melbourne Jazz Co‐Op presenting an array of local bands every tuesday, Phil Turcio Grooves and Oddities and electronics on most Sundays, and the Bird’s Basement Big Band on Mondays under the direction of renowned composer and musician Andrew Murray. Also Joe Chindamo, the Mike Nock Trio.

Through their partnership with Birdland New York, known as the jazz corner of the world, Bird’s Basement is promising to elevate the Australian music scene to an international calibre and this is seen in multiple SOLD OUT performances and the remarkable artists performing this April.

Top 5 Ways to Ward Off The Winter Sniffles 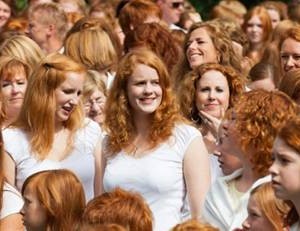 Gingers, family and friends of gingers, and plain-old ginger enthusiasts, rejoice! Aussies are finally getting their...
© Onya Magazine 2009 - 2020
Back to top