“Evocative”, “wrought with emotion” and “deeply soulful” are just a few adjectives used by the international media to describe the classical album, Winter Morning Walks, by composer María Schneider, featuring the voice of soprano, Dawn Upshaw, and music by the Australian Chamber Orchestra (ACO). The album, inspired by poems written by Pulitzer prize-winning poet, Ted Kooser, while he was recovering from cancer, has received Grammy nominations for Best Contemporary Classical Composition, Best Classical Vocal Solo, Best Classical Engineered Album and Classical Producer of the Year. Schneider refers to the project as “a dream come true”, noting that the album was made possible by the support of crowdfunding label, ArtistShare, with whom she has collaborated in past albums. The recording has received rave reviews for its success at echoing the emotions evoked by Kooser’s deeply sensitive poetry, as well as for the exquisite music played by the Australian musicians. The Times has called the ACO “the best chamber orchestra on earth”, while The Telegraph has referred to it as “Probably the finest string ensemble on the planet”.

Ted Kooser: Lover of the Simple Life and the Bare Word

Poet and essay writer, Ted Kooser, is acclaimed for his sincere, heartfelt, easily accessible verse that celebrates the beauty of everyday life. Kooser, who was named US Poet Laureate in 2004, often reflects on the beauty of his childhood, without falling into banal nostalgia. Rather, he recalls the past with all its vicissitudes, and enriches it with irony, a wicked sense of humour and keen observation of the beauty of humanity and Nature. Dana Goia, literary critic, once that said Kooser “is popular in that unlike most of his peers he writes naturally for a non-literary public. His style is extremely accomplished but extremely simple – his diction drawn from common speech, his syntax conversational… there is to my knowledge no poet of equal stature who writes so convincingly in a manner the average American can understand and appreciate”. Indeed, poems like Father are so simply expressed, they remind one of Robert Frost’s quotidian yet incredibly deep poetry, including his famous Stopping by Woods on a Snowy Evening.

Today you would be ninety-seven
if you had lived, and we would all be
miserable, you and your children,
driving from clinic to clinic,
an ancient fearful hypochondriac
and his fretful son and daughter,
asking directions, trying to read
the complicated, fading map of cures.
But with your dignity intact
you have been gone for twenty years,
and I am glad for all of us, although
I miss you every day—the heartbeat
under your necktie, the hand cupped
on the back of my neck, Old Spice
in the air, your voice delighted with stories.
On this day each year you loved to relate
that the moment of your birth
your mother glanced out the window
and saw lilacs in bloom. Well, today
lilacs are blooming in side yards
all over Iowa, still welcoming you.

Winter Morning Walks: One Hundred Postcards to Jim Harrison, the inspiration for Maria Schneider’s acclaimed album, was written by Kooser while he was recovering from a cancer of the tongue and neck that was diagnosed in 1998, while the poet was having a routine check-up at the dentist’s. During his convalescence, Kooser would paste poems about recovery on postcards he would send his best friend, fellow author, Jim Harrison. Of this time in his life, perhaps the most difficult he had ever had to face, Kooser told Omaha.com: “When you have something like that happen, it gives you a dose of humility. You’re so delighted to be alive”. This sense of survival is one shared by Dawn Upshaw, who discovered a powerful creative force within her after battling breast cancer. Indeed, the album is very much a celebration of the human ability to overcome seemingly insurmountable challenges, like substance addiction, cancer and mental anguish. Maria Schneider, meanwhile, stated: “It is uncanny how much these stunningly beautiful poems feel like home to me” and is herself no stranger to the challenges of life. She recalls how when she started out in the music scene, most women her age were busy having a family and raising children instead of leading “the life of a jazz musician, hanging out in clubs late at night, a lot of drinking… drugs… and just hanging out all night and playing”.

If listening to Kooser’s poems as interpreted by Schneider, Upshaw and the Australian Chamber Orchestra appeals, then don’t miss out on their live concerts. They will be performing in Canberra on February 7, Sydney from February 9 to 15, Brisbane on February 17, Perth on February 19, Wollongong on Febuary 21 and Melbourne on February 23 and 24. The winners of the Grammy awards will be announced in Los Angeles on January 26. 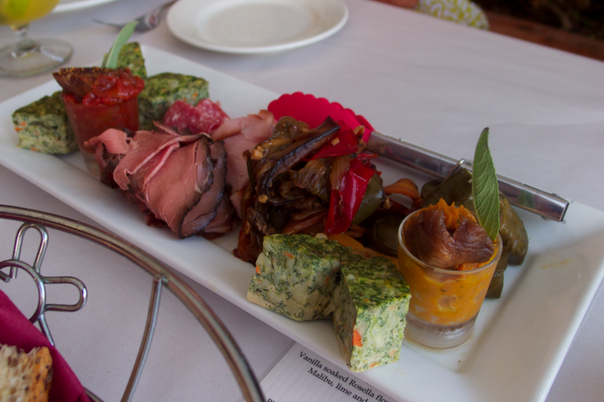 We have syndicated this piece with kind permission from The Modern Woman’s Survival Guide. So we've travelled over...
© Onya Magazine 2009 - 2021
Back to top