A Hitch To The Sticks Festival Announces Extra Acts

A Hitch To The Sticks has revealed that even more badass bands will join their 2019 lineup in November, alongside Tex Perkins & His Fat Rubber Band, Magic Dirt and Stonefield.

Dallas Frasca, Barry Morgan, Taj Farrant and The Songs Of Captain Matchbox join the already bumper lineup for the third iteration of the regional festival on November 1-3 (Melbourne Cup Weekend).

Wangaratta Bpangerang Elder Uncle Freddie will be visiting local schools in the news few weeks to share stories of the Bpangerang land. Students will make art and decorations which they will then use in a Community Parade, led by Uncle Freddie and taking place at the Rodeo Grounds to open up A Hitch To The Sticks on Saturday morning (November 2nd).

Earlier this year, Wangaratta’s Edge FM 102.1 petitioned via Change.org to get local legends The Captain Matchbox Whoopee Band to perform at A Hitch To The Sticks. Although the band no longer exists in it’s entirety, Hitch organisers heard the community’s cries and searched high and low for original vocalist Mic Conway who has generously arranged a special one-off line-up under the name of The Songs of Captain Matchbox. The ensemble will play the bands iconic local hit song ‘Wangaratta Wahine‘ and many more, especially for the festival (and 700 odd petitioners!).

In order to foster local talent and provide pathways for regional bands, the Regional Hitchers band competition has invited regional acts to showcase throughout the year and will also host it’s Grand Final on October 5th (judges include Vika Bull  and more TBA), with the winning band or artist opening the main stage at the Rodeo Grounds for A Hitch To The Sticks Festival 2019.

Festival organiser Dallas Frasca will also join the lineup, and bring an expanded seven-piece band to the Rodeo Grounds on Saturday November 7 and finally, New South Wales based ten year old guitar prodigy, Taj Farrant (recently seen on The Ellen Show and Australia’s Got Talent) will blow people’s minds with his incredible shredding skills, as the mystery band is revealed for the Moyhu Hotel on the Friday night.

A Hitch To The Sticks was born when Wangaratta-bred Australian rock legend/co-festival director Dallas Frasca joined forces with her business partner in crime Renee Delahunty. The pair’s mission? To bring city and regional punters together for a celebration of live music that embraces regional history, local artists and produce, indigenous culture and unique event spaces while utilising Wangaratta’s spectacular country landscape as its backdrop.

A Hitch To The Sticks captured the imagination of the Australian music industry when it launched the out of the box concept of offering 50 lucky punters a once in a lifetime experience to travel from Melbourne’s CBD, three hours north-east  on a three-day musical bus safari, to discover the hidden gems of the Wangaratta region. AHTTS provides an action packed weekend with 9 events, 6 VIP events exclusive to the bus ticket holders.

For those unable to get on the bus don’t despair – A Hitch To The Sticks has three public events over the weekend, with a little something for everyone. You can attend all three for a discounted price by snapping up a weekend pass!

General on sale now via ahitchtothesticks.com 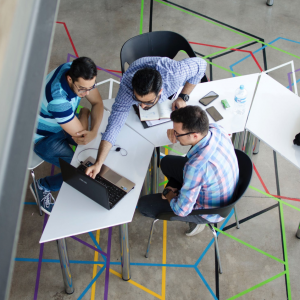 Keeping your employees hydrated has countless wellbeing and performance-related outcomes, making choosing between a water...
© Onya Magazine 2009 - 2020
Back to top