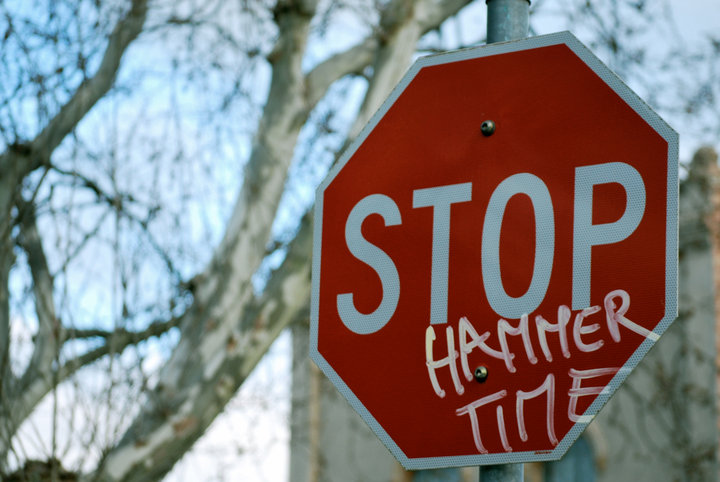 I step forward and collect the coffee cups, handing one to my girlfriend. She accepts hers with a slight roll of the eyes.

‘Desmond this time, huh?’ she asks.

I dump a satchel of sugar in my coffee and stir it. ‘It was either that or Clark. I’m not sure I’m in a ‘Clark’ kind of mood though.’

Another role of the eyes, but she’s pretty much used to it by now.

Admit it, who out there hasn’t given a fake name to some extent or another when ordering coffee?

For me it’s not just with coffee. Anything that needs a name given, within reason, gets an alias. Coffee, juice, pizza, photos developed – I went the extra mile in that instance and gave a false last name as well – Desmond McArthur.

I know I’m not the only person who does this. I’m sure there are many people out there who have names that are hard to grasp and that they’re tired of spelling. Others may have a legitimate need to hide, or those in the population who are safety conscious and maybe a tiny bit paranoid.

Of course, there are also those that decide that giving false names such as Sylvester Stallone, Brittany Spears, or Harry Potter with their order are at the pinnacle of humour. While this is essentially harmless (except maybe to the sanity of food vendors worldwide) it does show the lengths we’ll go to to demonstrate the ability.

But is there maybe a step too far? The vast majority of us aren’t secret agents, so why use false names when there’s no need to?

Seven years ago while putting myself through university, I worked at a theme park. Not satisfied with the generic name tag ‘Matt’, I soon learnt that if you kept a straight face, went to the wardrobe department, and told them you lost your badge, they will make you a replacement. Much amusement followed as I went through my time there sporting a badge that said ‘Clifford’, ‘Barney’ or ‘Pepe’.

The climax was three years ago though, when I first moved to Melbourne and was rented out by a couple of temp agencies for clerical work. A fellow temp bet me a hundred bucks that I couldn’t use a fake accent while I was on a week’s assignment (and considering I was living in a backpacker’s hostel, I couldn’t really refuse…) thus Matt Smith, the young, shaggy Scotsman from Edinburgh was born.

Let me begin by saying that I won the bet.

The downside of this is that one week assignment turned into two weeks. Two weeks turned into a month. Flash forward five months later, and for all apparent appearances there was a young Scotsman working in the filing section of a Melbourne accounting firm. I won’t say that it as the easiest way to work – my nights involved catching up on old Billy Connolly gigs as a refresher, and if the day had been long and the files heavy it became less Scottish and slightly more pirate. Then there was social activities with work colleagues, during which the charade had to be continued, regardless of the amount of Johnnie Walkers.

The charade didn’t end there either, instead it was dragged out after the job had finished as I caught up socially with some of my former colleagues. At what point is it acceptable to admit that you had been using a fake accent the entire time they knew you?

So yes, I did finally admit my fraud to a few of them. I felt relieved, and accepted for who I was. No longer would I have to struggle to remember back story details, casually swear and say ‘och aye’, or try to get out with a fight with a real Scotsman because he didn’t like the football team of where I said I came from.

About a year after I’d finished that job, I called a former work friend who I hadn’t seen since. We had a pleasant conversation (about cats – and there was a context) at which point he told me that my voice sounded different somehow.

I’d never actually gotten around to telling him I wasn’t Scottish. I broke it to him gently at that point, but his worried laugh told me that I maybe wouldn’t be hearing from him again anytime soon.

Like a recovering addict, I’m now just back to occasionally giving a false name with my coffee order. But perhaps even that is a name too far.

Matt Smith teaches Media Studies at La Trobe University, and a freelance writer. His work can be read on his website, www.endofthespectrum.net

Tea Time with Be Genki

That’s impressive… Lying is hard to do- prolonged lying would seem impossible! Never used an alias for food orders before but now I may try it! Thanks Claude!

Tea Time with Be Genki

Growing up in my household it was tea time, all the time. Influenced by my mother’s addiction, I have become somewhat...
© Onya Magazine 2009 - 2021
Back to top