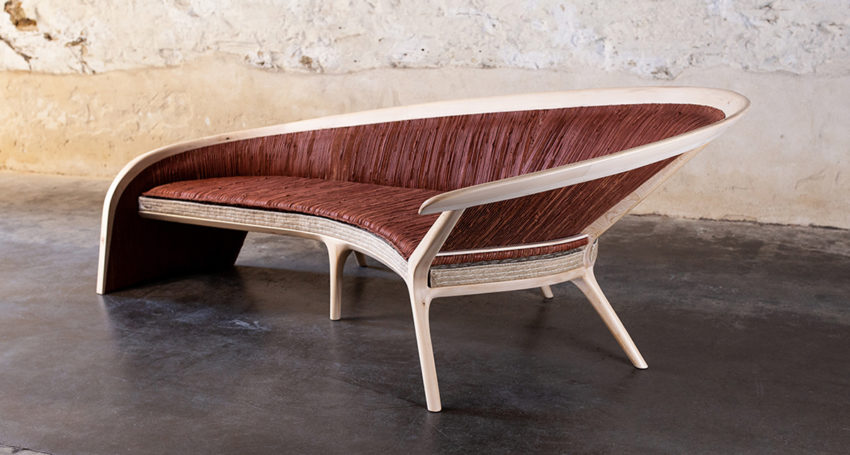 Each of his carefully crafted and limited-edition furniture pieces focuses on a different design period covered by members of his family with each of the styles given a contemporary twist.

South Australian gallery and studio JamFactory is hosting the exhibition. The organisation has been promoting craft and design at its studios, galleries and shops in South Australia for almost 50 years.

JamFactory chief executive officer Brian Parkes said Goulder is at the forefront of Australian designers and makers with his work held at most national and state galleries.

“In a national context, most commentators would rate Jon Goulder in the top 10 furniture designers in the country,” Parkes said.

“This collection very much reflects Australian design, Jon has worked with the Broached Commissions team to really have a research-led development of this work that is quite unusual.

“They are all objects that tell a story and that story is about family history and the history of furniture making, in upholstery, in the relationship between trades and crafts in Australia.” Jon Goulder in his workshop.

Goulder, right, has worked with Australian textile artist Liz Williamson to integrate leather weaving into the pieces incorporating his memory of upholstery fabrics hanging along the walls of the Goulder workshop growing up.

The Goulder family started out in the early 20th Century supplying furniture in volume to Sydney’s large department stores.

By 20 years of age Jon Goulder had embraced his grandfather and uncle’s tuition, standing at the benches with three generations of Goulder furniture makers reupholstering broken down antiques.

Now, a century later, Adelaide-based Jon Goulder is the sole remaining practitioner creating bespoke works with his exhibition including a chaise lounge following contemporary ergonomics rather than the formality of the Victorian era in mind.

The credenza, or sideboard, in the collection was inspired by a weaving loom.

“The other thing that is distinctly Australian about this exhibition is the strong tradition of the designer maker, where artists design and make their own stuff,” Parkes said.

“In the European context most designers would subcontract to craft workshops or independent makers.

“The distinction is much more pronounced here where since the 1970s in the crafts movement in Australia, particularly in furniture, the designer maker is a strong Australian thing.

“Jon is an incredibly talented craftsperson and at the forefront of the designer maker movement.”

Goulder moved to Adelaide about six years ago to oversee the furniture studio at the JamFactory and now works as a senior designer with Snohetta Architects Australasia along with developing his one off and limited-edition collections for representation in Australia, America and Europe.

Khai Liew, well-known designer and adjunct professor in the School of Art, Architecture and Design at the University of South Australia, will be speaking at the exhibition opening.

Broached Goulder is showing at the JamFactory, Adelaide, in Gallery One from February 28 until May 3.

The Country Road Flinders Polo: A Day For The Whole Fam 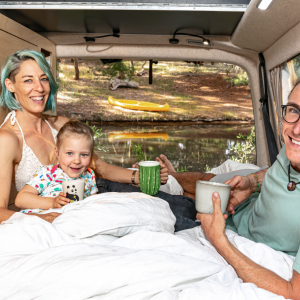 Entrepreneurs and husband and wife Ronny and Tania are the founders of Achtung Camper, a unique bespoke, designer campervan...
© Onya Magazine 2009 - 2021
Back to top