From One Broad To Another: A New Way To Listen To Radio

A team of Australia’s most recognisable media personalities is taking on the conventional airwaves to launch Broad Radio, in a bid to give women a greater voice in Australian media.

Launching as a livestream on Tuesday January 5 at 9.00am, its aim is to connect female listeners to some of the funniest and most intelligent women to ever gather, to speak about the issues and events that matter. It will run through YouTube, Facebook, and LinkedIn, and will be available on demand thereafter.

Broad Radio is headed up by Jo Stanley, who is one of Australia’s most recognisable radio personalities and a co-host on House of Wellness. Jo said the idea of radio ‘for women by women’ formed during a conversation she had with a friend at a radio conference in Berlin.

“What started as a casual conversation with a friend about providing more diversity and inclusion to the industry then led to me sounding out other women as soon as I got home,” Jo said.

“I could tell by their positive reactions and their feeling that there wasn’t anything ‘for them’ that I knew I had to give it a go.

“There definitely seems to be a market for the type of radio I want to produce. Many people are craving deeper conversations – ones about inspirational women and where we’re at in our lives – because they’re either living that life, or they want to learn more and support someone at that stage.

“They are wanting to hear from people of colour, of all abilities and all genders and that’s evident by the increasing number of people listening to podcasts on all sorts of topics.”

While the target audience is clear, the aim is to be ‘broad’ in the sense that it’s for anyone wanting to hear more about the world we’re living in.

“We’re so fortunate for Broad to already be surrounded by this talent – women in sport, women in leadership roles – there’s really no limit to what Broad Radio can be. It would be amazing to grow it to be a 24/7 fully programmed radio station,” Jo said.

“Women in their forties look at the world a little differently. We’re often juggling kids and ageing parents, trying to understand how our lives have changed, and looking for a different type of role model.

“Those aren’t the sorts of conversations happening on commercial radio at the moment, but I definitely think there’s a market for them. And I want our audience to become involved, to join in the conversations and feel heard.”

Broad Radio will be deliberately seeking input from its audience including weekly surveys as a way of getting their opinions on the show, and will be featuring every day women and their stories in its ‘Brilliant Broads’ segment so that their experiences can be celebrated in an environment free from judgement or shame.

“We know women have more of themselves to share. We want to empower women to get more out of life. In putting women first, Broad Radio seeks to be different, and to make a difference.”

Listen to Broad Radio at broadradio.com.au and join the conversation on the Facebook page.

Dieting Fads: Worst Diets For Your Body That Can Actually Make You Sick 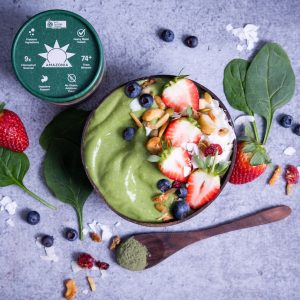 Dieting Fads: Worst Diets For Your Body That Can Actually Make You Sick

In the era of Instagram models and “flat tummy teas,” everyone wants to have the perfect body and will do anything...
© Onya Magazine 2009 - 2021
Back to top