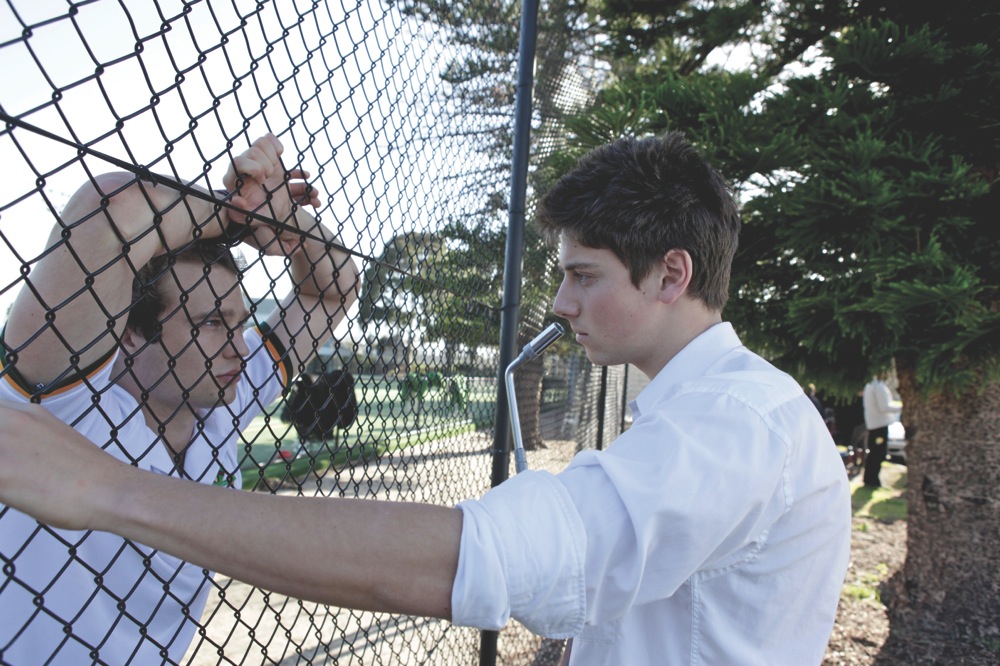 For a change of pace, the fourth episode of Showcase’s Tangle, sees Ally (Justine Clarke) getting on pleasantly with her son Romeo (Lincoln Younes). As Ally faces the daunting world of job interviews, Romeo is enthusiastically encouraging and gives her a motivating boost. This is perhaps the only time we’ve seen Romeo exude such kindness towards anyone, let alone his mother. War escalates with Luke Wintle (Michael Clarke-Tokely) though, with Romeo’s antagonism and violent tendencies only accelerating as the episodes go by.

Meanwhile Gigi (Eva Lazzaro ) is confronted by Charlotte (Georgia Flood). It was Gigi that informed Romeo of Luke’s identity, and thus becomes cast as a blind accessory to the violent events following. Solemnly stumbling around, it is clear that Gigi is a loner and a wanderer. Disconnected from her peers, Gigi confesses to her mother that she is lonely. As understanding as Ally is, Gigi’s pain is not really understood. Gigi is an inquisitive character, and Lazzaro plays her with an ethereal sincerity and curiosity.

Secrets continue to flow throughout the Kovac house as Ally and Joe (Kick Gurry) continue their sneaky sexual relationship. It soon becomes clear that Joe wants something more, but Ally doesn’t. She’s still interested in the ever evasive Gabriel (Matt Day), who later has a fist fight with Joe over the matter. Both men are interlopers, with one being Ally’ brother-in-law and the other being her dead husband’s best friend, and both pairings seem doomed.

Tangle’s other two lead female characters continue to conspire in their respective lives. Christine (Catherine McClements) employs her strategy of entering into politics partially to seek revenge on Billy (Tony Rickards). Max (Blake Davis) is used in an interview and photo shoot to give the impression that Christine’s home life is all perfect, and yet Tim (Joel Tobeck) is absent, even from his usual Skype calls. Nat’s (Kat Stewart) interactions with Chub (Dan Wyllie) are also of concern, due to their tumultuous past that still remains a fractional mystery.

Episode four introduces a new director, with the visual style noticeably different. Michael James Rowland’s direction is at its best while two characters are driving along with the camera placed in front of the actors in their seats. The effect looks similar to Kiarostami’s Ten, and gives the impression that we are invading their private space through views angles like security cameras.

James Madden is the founding editor of Film Blerg. He also is a Screen Editor for Farrago magazine, and has contributed to countless student and online publications. He is currently studying a Master of Arts and Cultural Management at the University of Melbourne.

The recent event which saw AFL player Liam Jungarai Jurrah charged following a fight in a town camp in Alice Springs...
© Onya Magazine 2009 - 2020
Back to top