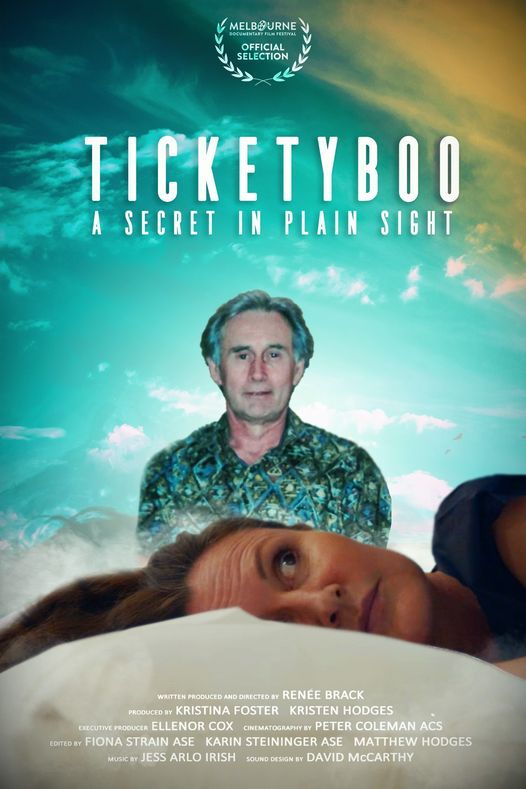 If you had the gene for a deadly disease that had no cure, would you want to know?

That was the dilemma faced by journalist Renee Brack after losing her father to Alzheimer’s disease.

Thom Brack, a retired decorative plasterer and artist, hid his symptoms, suffering alone, and the impact on his relationship with his daughter was catastrophic. When he died, Renee was left with a legacy of guilt and anger that saw her seek help from a counsellor.

As she sought forgiveness and healing she came to a shocking realisation — it wasn’t Alzheimer’s that had destroyed her relationship with her father, it was her own ignorance.

Her journey of discovery, and her agonising decision to subject herself to a gruelling range of medical tests to determine if she might one day meet the same fate as her father, became the documentary Ticketyboo.

Selected for inclusion in the Melbourne Documentary Film Festival, Ticketyboo is heart wrenching and heartwarming in equal measure, and a searing look at the way Australian society treats its elderly.

Renee speaks to experts including Maree McCabe the CEO of Dementia Australia, geriatrician Peter Gonski, activists and people living with dementia and Alzheimer’s as she plots a course towards honouring her father with a posthumous exhibition of his art, and making the potentially life-altering decision to find out if she might one day develop the disease that killed him.

Along the way she meets Professor Nikolai Petrovsky who is working on an Alzheimer’s vaccine, an outspoken activist who wants the disease treated as an international human rights matter, and doctors with grim predictions.

And it’s all against the backdrop of the horrifying findings of the Royal Commission into Aged Care.

As she wrestles whether to find out if she carries the gene, Dementia Australia CEO as well as medical experts advise her against it, but driven by a journalist’s determination to find answers, and a daughter’s desire for understanding, she presses ahead towards a shattering conclusion.

“The way I handled my father’s eventual diagnosis was pretty well a textbook example of what not to do. I’ll carry the guilt about that for the rest of my life, but making this documentary helped me find a way to forgive myself,” Renee said.

“And given more than 75 per cent of dementia cases globally are undiagnosed, I hope Ticketyboo can also shed some light and foster some understanding of what is such a misunderstood condition.”

The documentary’s name comes from the expression Renee’s dad would use to flippantly insist everything was fine. His secrecy about his condition was driven by shame and denial, something Renee hopes her documentary can play a part in overcoming for others.

“If we don’t talk about this, people will make the same mistakes I made,” she said. “There may not be a cure for Alzheimer’s but there are things we can do, and they start with honesty and openness.”

Ticketyboo screens as part of the Melbourne Documentary Film Festival on Saturday, July 30 at 3.20pm at Cinema Nova, Carlton and will be followed by a Q&A panel of some of Australia’s leading dementia experts who will be taking audience questions. Tickets: cinemanova.com.au/mdff-ticketyboo 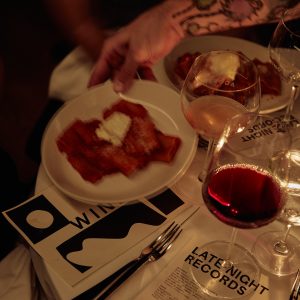