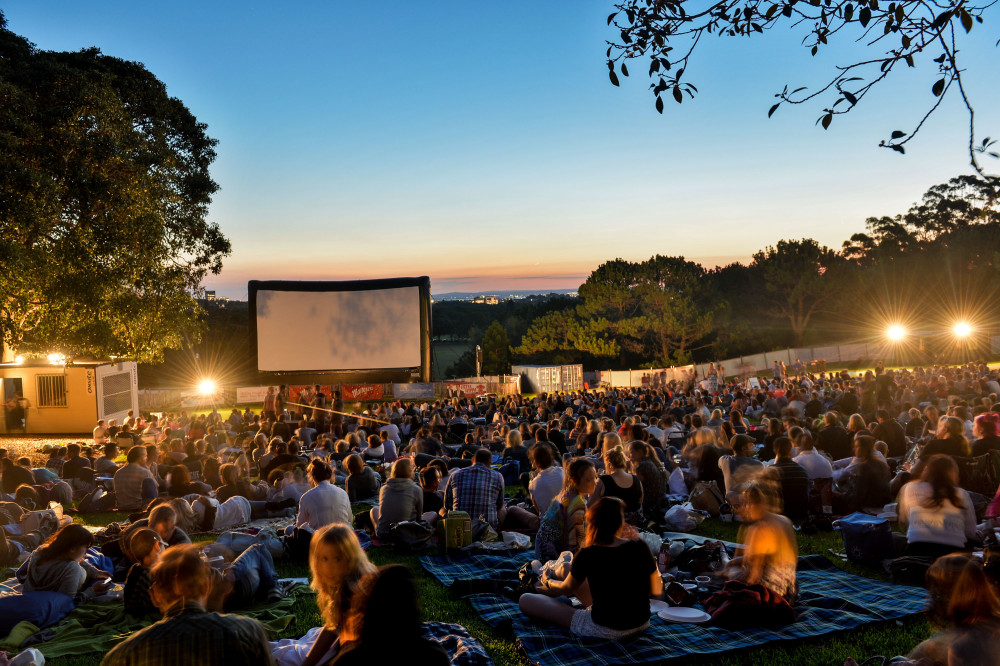 Who wants to be indoors at a cinema when instead movie-goers could be taking in the sights of their surroundings at the same time as enjoying some classic entertainment? Victoria is showcasing a fantastic selection of new and old outdoor cinema experiences this summer. Notable newcomers include:

The Backlot Rooftop Drive-in
From its elevated site in Melbourne’s Docklands, The Backlot Rooftop Drive-in will accommodate 65 vehicles and will show films against a 360-degree view of Melbourne’s dazzling city lights. On offer are first-release films, encompassing all genres, via staggered evening sessions across two giant, state-of-the art raised screens. For those without a car, there will be an intimate ‘blue-deck’ seating area with sound received through supplied headphones. From December 26. 90 Waterfront Way, Docklands.

Barkly Square
Nestled into Barkly Square’s quaint laneway precinct, Barkly Square Open Air Cinema will offer a diverse mix of arthouse, modern and family-friendly films. But neighbours in surrounding streets won’t have to worry about noise, as, at this cinema, punters will be kitted out with state-of-the-art headphones, as well while watching films on a five-metre-wide screen. Tickets are just $10, with all proceeds going towards VicDeaf, the Victorian Deaf Society. From December 16, 2016 to January 28, 2017. 90-106 Sydney Road, Brunswick.

Barefoot Cinema
Those heading to the Mornington Peninsula this summer will welcome the arrival of a brand new outdoor cinema experience – complete with one of the best views on offer. Nestled within Point Nepean National Park in Portsea, Barefoot Cinema takes advantage of a natural amphitheatre that looks out across Port Phillip Bay and along the breathtakingly beautiful Portsea cliffs. From 27 December, 2016 to 6 January, 2017. Point Nepean National Park, Point Nepean Road, Portsea.

Shimmerlands
From the Shadow Electric team, Shimmerlands is a new two-month long outdoor festival that will be held at Melbourne University’s Parkville campus. The campus will be divided into four main entertainment areas: The Cinema, The Pavilion, Live Music and The Food Quarter. In addition to multiple bars and outdoor dining areas, the grounds will host a concert hall, outdoor cinema and an open-air amphitheatre. January 1 to February 26, 2017. Grattan Street, Parkville.

As well as the new screens on the block, some of the city’s classic outdoor cinemas are again offering up some of the best in cinematic fare:

Cameo Outdoor Cinema
With the beautiful backdrop of the Dandenong Ranges, Cameo Outdoor Cinema will be screening new release films including J.K. Rowling’s Fantastic Beasts and Where To Find Them and continues with events like “Bring Your Pet” nights at which animal escapades will be shown on-screen. Although it has run for more than 10 years, Cameo Outdoor Cinema remains one of Melbourne’s best-kept secrets. Cinema-goers are welcome to bring their own picnic or enjoy some of the gourmet delights available on site. 18 November, 2016 to March, 2017. 1628 Burwood Highway, Belgrave.

Coburg Drive-in
The gates opened at Coburg Drive-in in 1965, but today, the venue screens a variety of blockbuster movies projected onto the 33 metre wide screens. There is a retro diner onsite, but the Drive-in also regularly hosts food truck festivals. 155 Newlands Road, Coburg.

Dromana Drive-in
Reminiscent of a ’60s classic drive-in, Dromana Drive In is the perfect place to take in a film and enjoy some nostalgia while you’re at it. The original 1961 screen is the earliest remaining in Victoria, and is still in use to this day. It also features Shel’s Diner, which is  inspired by “Mel’s Diner” in California’s Universal Studios. 113 Nepean Highway, Dromana.

Lunar Drive In
Dandenong’s Lunar Drive-in opened on May 4, 1956 with a single wooden screen and spaces for 650 cars. Today, it is the largest drive-in cinema in Australia, with four screens that show all the latest blockbusters. Also on site is the Lunar Cafe, which offers classic Aussie fare. 115 Sth Gippsland Highway,
Dandenong.

Moonlight Cinema
Perched upon a hill in the middle of the Royal Botanic Gardens with the city skyline casting a dramatic backdrop, Moonlight Cinema offers a quintessential open air cinema experience. Food trucks are on standby for those in need of sustenance and beanbags are available to hire. Alternatively, film goers can bring their own picnic and pillows, or opt to pay a bit extra for the comfort of ‘Gold Grass’. Gates open at 7pm and films start at sundown. 4 December, 2016 – 29 March, 2017. Central Lawn, Royal Botanic Gardens, Melbourne.

Rooftop Cinema
One of Melbourne’s favourite rooftop bars transforms into a seventh storey open air cinema during summer with films screening at around 9.30pm. Rooftop Bar is open daily from midday and is licensed until 1am, so movie-goers can enjoy a drink before the screening and stay a little longer after the credits roll. Mesa Verde, just one floor down on Level 6 of Curtin House, serves Mexican-inspired meals in saloon-inspired surrounds. 3 December, 2016 to April, 2017. Rooftop, Curtin House, 252 Swanston Street, Melbourne.

Outdoor movie roundup thanks to our friends at Visit Victoria. 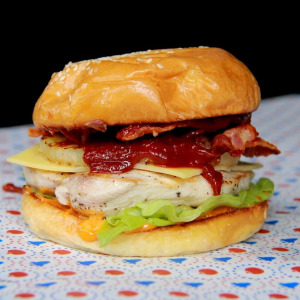 New things are hatching at Huxtaburger this summer, with the burger experts introducing free-range grilled chicken options...
© Onya Magazine 2009 - 2021
Back to top