As the (virtual) curtains draw to a close for the Melbourne International Film Festival this Sunday, we’ve pulled together 5 must-see films to keep you entertained all weekend.

A special short film, Red Passion, will be exclusively streaming before each of the first four films. Created by emerging Australian artists in partnership with Campari, the short film embodies Campari’s “Red Passion” ethos – an inner flame and urge that challenges you to leave your comfort zone and inspire outstanding creations.

Exploring the evolution of three dancers, the short film gives shape to their ‘Red Passion’ in solo, duet and ensemble form.

Your weekend is sorted with these great MIFF films, so sit back and enjoy with a Negroni in one hand, and popcorn in the other.

After 18 months and however many lockdowns later, our bodies tremble for movement. But there is another performer on stage: the camera.

A series of five films, these shorts include As One, Bonanza!, Multiply, Poleng and The Prelude – Michelle.

Emma Dante directs this adaptation of her widely acclaimed play: a melancholy and moving tale of five Sicilian sisters whose lives are forever changed by a trauma from their youth.

Dante’s feature is a masterpiece of mood and feeling, deeply empathetic and sensitive to its female characters whom we meet first during the exuberance of youth, then revisit as resentful adults and in regretful old age.

The directorial debut of Madiano Marcheti, it’s an eerie and thought-provoking lament for a horrific reality: more trans people are murdered in Brazil than in any other country.

Shot in a rarely seen rural Brazil that Marcheti is intimately familiar with, this visually arresting elegy transports us to a place both shockingly mundane and ominously alien – one where the alarming murder rate has become barely noticeable background noise.

This gutsy and charming film about a young Ghanaian-American woman at a crossroads marks the arrival of a filmmaker with a fresh, unique vision.

Describing herself as “the Black Miranda July”, she offers a rare glimpse of the vibrant Ghanaian-American community that Sarah is thrust back into, while also writing herself a role that defies stereotypical depictions of women of colour. Queen of Glory is a quirky and heartwarming tale of one woman coming into her own and embracing a cultural rebirth.

Last but certainly not least, and streaming for one night only (20 August) on MIFF Play, Palazzo di Cozzo, is a delightful portrait of Melbourne’s iconic baroque homewares mogul, Franco Cozzo, and provides insights into furniture, family and the migrant experience.

Cozzo’s personality is as big as the bedheads he sells, but Martiniello eschews caricature and delivers this account with thoughtful affection. In particular, she reminds us just how rare and innovative his 1980s television ads were: spoken in English, Italian and Greek, they helped to foster a sense of community and inclusivity in a Melbourne that was still coming to grips with the notion of multiculturalism.

28 by Sam Wood Fit At Home Festival 2021: Free Fun For Everyone This Weekend 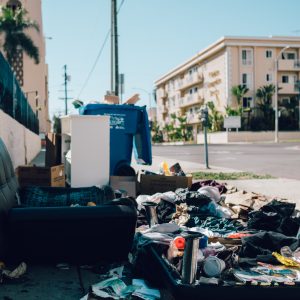 Junk may just be anywhere in your house because you are moving out, because there was a party held last night and so on. Junk...
© Onya Magazine 2009 - 2021
Back to top