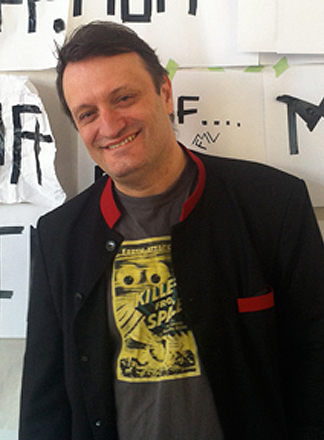 In the fifteen years of its existence MUFF has been no stranger to pushing boundaries. Showing movies such as A Serbian Film and even an illegal screening of LA Zombie, the Melbourne Underground Film Festival is dedicated to showing the life of cinema in all of its shapes and forms. It has also helped propel many Australian filmmakers into the greater mainstream, showing works of such directors such as James Wan and Greg McLean.

How is MUFF different from other film festivals in Melbourne?

It’s underground and indy and edgy and dangerous and fun. It’s non PC, it’s against the grain, it’s aggressive, it’s vital – we showcase the best new voices of Aussie Indy Cinema and have discovered same since 2000. MUFF is more than a film festival – it’s an Oz Indy Cinema movement.

What can festival goers expect from MUFF this year?

Cutting edge local and OS cinema, networking, parties, conferences (The MUFF Academy) Pistonhead Lager being passed about free thanks to our sponsor – and some mischief and mayhem now and then.

Do you have any personal favourites screening at MUFF 2015?

The Opening and Closing night events are pretty special. Under a Kaleidoscope the debut feature by Addison Heath, who wrote Chocolate Strawberry Vanilla, opens the Festival and Sizzler 77 by Timothy Spanos is our Closing Night feature. See online for plot details. We’re also screening a sneak peek of my own film The Second Coming Volume One – which I just recently finished. I Am Evangeline, which is a world premiere, Travis Bain’s Throwback, and From Parts Unknown are also Festival highlights.

Why is supporting local filmmakers so important to you?

I am one myself and so I understand the need for an active screen culture locally in indy, micro budget and underground cinema land. That’s the very reason why I started this festival!

Tip toeing through the tulips. I have a great MUFF team – so like Steve Jobs at Apple – I try not to do too much – but see it run smoothy, panic a little and surround myself with atmosphere of art, philosophy, poetry and cinema – and good people. I am the conductor of the orchestra (the Festival) so to speak. So there is that. I direct it – like a movie – in a way.

The question has to be asked; do you have a favourite all time film, and if so, what is it and why?

Yes – Barry Lyndon by Stanley Kubrick. Genius film. Superb technically, moving and brilliant story and performances. Stan at the top of his game and in full flight.

Tricks Of The Trade, Acquired From Home Renovation Specialists 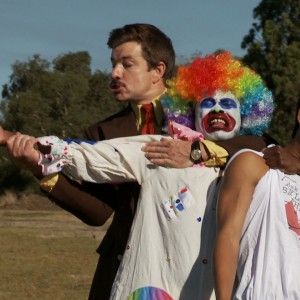