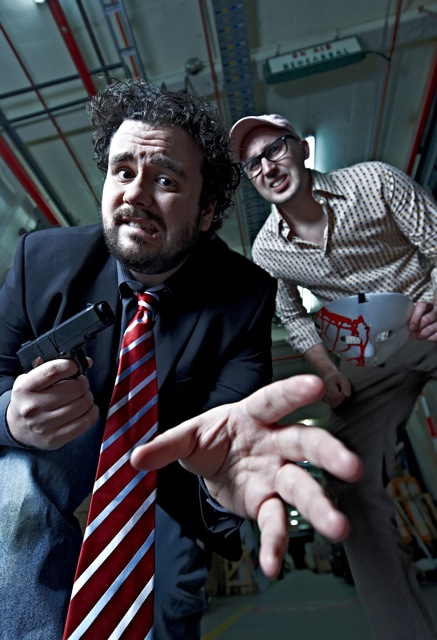 You co-founded, co-wrote and co-starred in The Bazura Project. Tell us what it’s about.

It’s a comedy show about movies is the short answer. It’s also a movie show about comedy, but only sometimes. The show has had many different incarnations, but basically it’s a look at the enormous world of film both past and present, told in the most entertaining way we can manage.

What inspired you to start the project?

David and Margaret are great, but because they’re great, every movie show that anyone else has tried to create in their wake has gone out of its way to ape that format of people reviewing movies for half an hour. It always struck me as weird that nobody could find a different angle in. So we did everything from news in the film world to interviews with notable actors and filmmakers to feature stories that covered everything from the history of French New Wave cinema to the Dos and Don’ts of taking a date to the cinema. Film is such a rich topic, and there’s so much material to be mined there.

What were the challenges involved with getting a television series off the ground?

How long do you have? If I start listing them all, we’ll be here for months! Because the show originated on community television in Australia, the challenge for a long time was how to do a show on a massive scale with huge production values, but without any money. And also do it amongst our other work commitments. And use lots of friends and contacts as cast and crew. And produce a half hour of content every week for thirteen weeks straight.

Then we went to the ABC, and discovered a whole new set of challenges. We suddenly had people to answer to, people with a financial stake in the show, and the whole process changed. It honestly wasn’t better or worse, just completely different. And, in some ways, exactly the same. I’m aware that doesn’t make any sense, but it’s the truth. 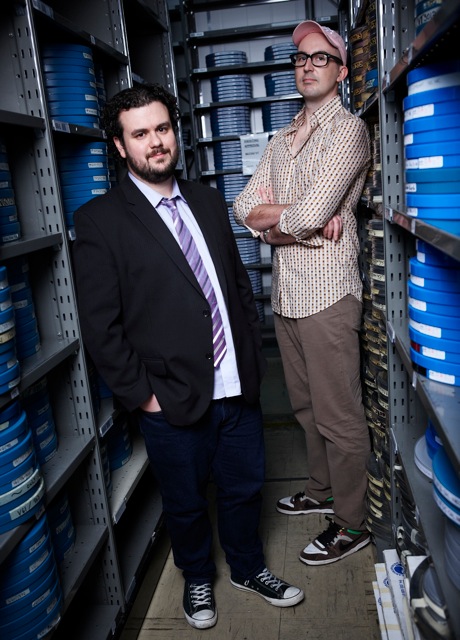 You love cinema and film. Why?

A few days ago, I would have answered this totally differently, but right now I’m in the process of putting together a Best of 2011 film list for my blog. And for the third or fourth year in a row, I’m doing a Top Fifty, and that doesn’t include documentaries, which gets its own Top Ten list. But every year I feel I have to justify doing a Top Fifty when every other critic is doing a Top Ten, and I realised the other day that if I was watching the number of movies per year that I watch and I didn’t find fifty films that I loved, I’d move to another artform.

I don’t think film is inherently superior to other artforms, and I certainly love music, literature et al with a passion, but there’s something about film that speaks to me in a way I can’t quantify.

What does the future hold for The Bazura Project?

At right this moment, your guess is as good as mine! It’s the Christmas break, so we’ve had to delay discussions with the ABC, but we’re at a stage where anything is possible. We could do another season next year, or never make another episode again. There are so many factors at play, and I suppose we’ll start figuring out what those factors are come January.

I actually wrote a piece that’s sort-of about this for this very magazine! We’re unique in that our country is a continent, so we don’t have any bordering neighbours. We’re also as remote a place as any, so we have this disconnect from the rest of the planet that can make us feel like observers most of the time. And we’re a nation of immigrants, so our Westernised culture is this often-contradictory mix of British and American customs and spelling, not to mention the heavy influences of Italian, Greek, Jewish, Chinese (etc) cultures on our own. We’re the protypical melting pot of the world, and I really love that.

(That answer betrays my Melbourne bias. I’ve lived and travelled to other places in the country that don’t reflect that, so I know I’m being Melbocentric. Also, I hereby copyright the phrase “Melbocentric”. It’s like being Melbacentric, but with a city instead of an operatic soprano).

Here’s the thing: I haven’t been overseas. Not yet, anyway. I could list myriad things I love about our culture, but I have a suspicion that I won’t be able to really get a perspective on our culture until I see some others. But as much as I have the travel bug, and an intense desire to spend time in nearly every country on Earth, I’ve never considered living anywhere else on the planet. This is absolutely my home, and I wouldn’t give it up for anything.

The things I loathe? I get defensive whenever people in other countries (often Americans, for some reason) refer to Australians as being inherently racist, but there is quite a lot of it here. Racism and homophobia. There’s always going to be some, but I think we have more than our fair share.

Where are your favourite places to travel to and visit in Australia?

I love the southeast coast of Australia. I’ve driven that a few times. Great Ocean Road. Hobart. Uluru. I’ve seen a lot of this country, and there’s no corner of it I don’t love. Corny, but true.

The Spirit Of The Black Dress 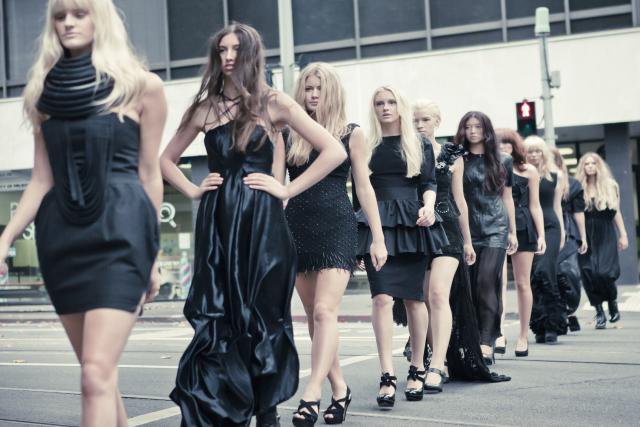 The Spirit Of The Black Dress