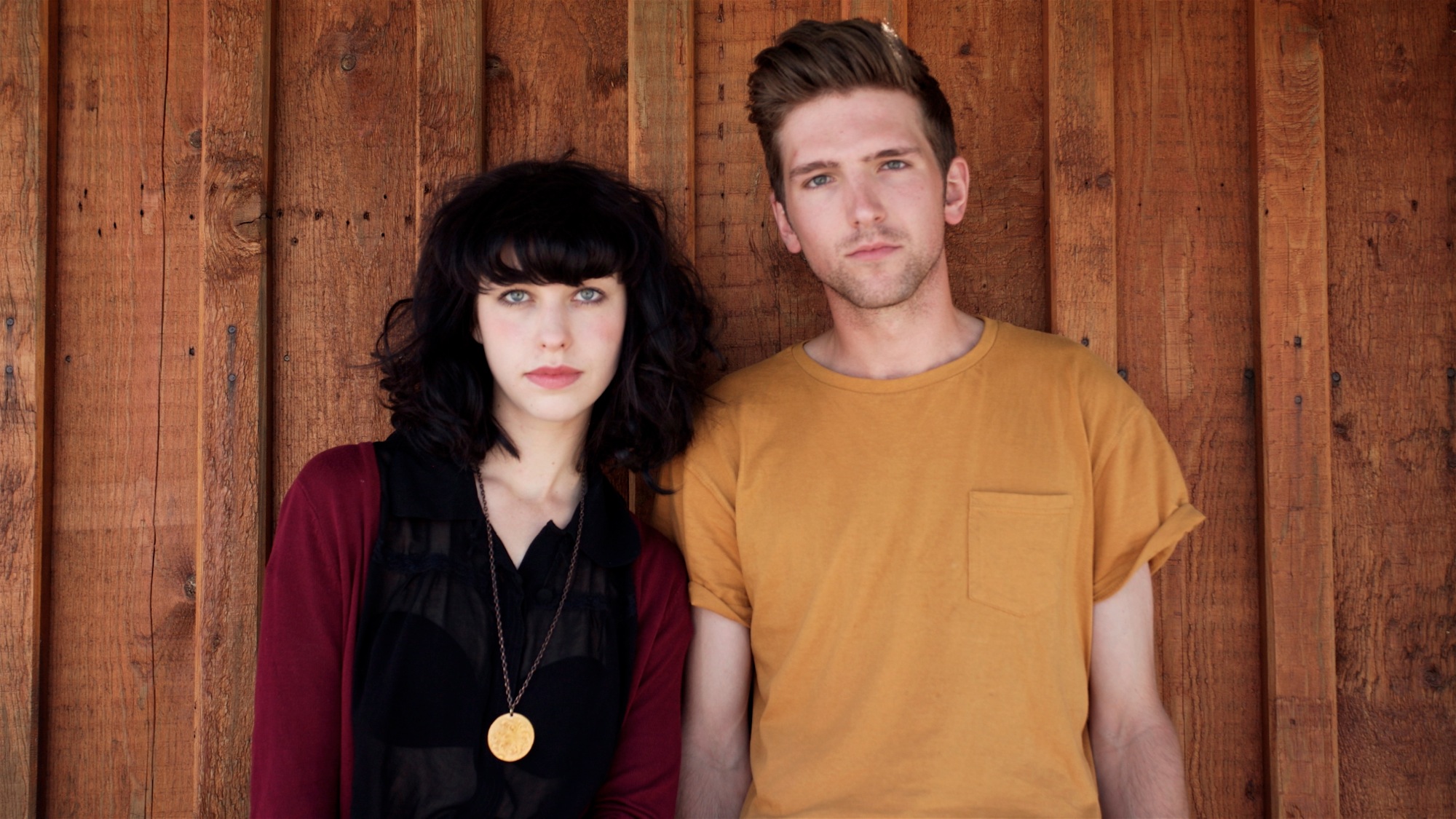 You are a writer, filmmaker and director. Do you often find you run out of space when answering ‘job description’ on forms?

Ha! Well, truthfully enough, I’m not sure I have ever had to fill out such a form.

But seriously, tell us more about what you do.

I suppose it could be divided into two parts.

1. At first, many hours of introspection. Which, I suppose, is the process of discovering what I’m interested in exploring and, of course, why. If writing a film, this self-inspection will be a slightly more isolated experience though, when working on a music video, the process will involve an honest partnership.

It is then my job to translate our ‘findings’ into a structured beginning, middle and end…one that feels like it captures the central idea, of the ‘introspections’, in an honest and unique way. This predominantly internal process (perhaps a very basic summation of ‘the writing process’) is then followed by:

This process is a very basic description of my other role; the ‘Director’…it involves many people (who are given the collective nouns ‘cast’ and ‘crew’) all of whom contribute, in bringing the story to life, within their specific departments.

You directed Kimbra’s three music videos – Settle Down, Cameo Lover and Good Intent – what was the process like for each?

I’d say that ‘part one’, outlined in the previous question, remained pretty consistent for all three clips…a lot of brainstorming, an intense dissection of each song, until we felt confident that we had tapped into the core of each track, and many a conversation with Kimbra.

Settle Down was full of unknowns and ‘first-time-rounds’. Though there were definitely moments of high anxiety, I would probably say the sense of expectation was slightly less intense, as this was a new beginning for Kimbra, at least visually.

Though I had confidence in my story structure, on paper, I never quite knew how it would feel when captured, and pieced together, in the edit…and then there was that mildly terrifying unknown –  “Will all of this hard work reach an audience?”

As my ‘audience-reaching-concerns’ diminished, my fear of expectation increased, as we tackled Kimbra’s second single, Cameo Lover. The story was based around a male who was no longer open to love, a character that feared vulnerability. Though, as the colour-filled-clip suggests, it was a focus on the celebration of opening up to love.

Perhaps the main difference was the increase in cast. We went from Kimbra + 3 (in Settle Down) to Kimbra + 15, for Cameo. Thankfully all of them were (and are) incredibly generous people so, by the end of our two-day shoot, we had completed music video number two.

Then came Good Intent, Kimbra + 19 (Kimbra + 23 if you’re counting the multiple incarnations of Kimbra and our ‘Leading Man’, played by Ashley Mackenzie).

There were a few more overt differences this time around. Kimbra was now performing in a more obvious time and place. In both Settle Down and Cameo Lover I tried to avoid depicting Kimbra in a recognisable setting as (1) I often find Kimbra’s musical style impossible to ‘place’ and (2) I knew this would give the videos an ‘other-worldly quality’, a tone I tend to gravitate towards.

In addition to this, we had added an entirely new element to Kimbra’s performance – she was no longer just being ‘herself’, she was playing multiple characters. These conflicting voices shaped our story, one very much designed to dance the tightrope between a film and a music video.

Though we’re still growing as a team (learning more about ourselves and each other), and although I’m confident that our work will only get stronger, I have become more and more aware of how much I value both our working relationship and, of course, our friendship.

I find it a constant struggle to connect with people, on a creative level, but I’d say Kimbra and I are on a pretty similar wavelength. I suppose the main difference is that we have just chosen to use different mediums to express how we think and feel…though because the internal reasoning, behind the external medium, is quite similar – we connect.

This hardly means that our music video adventures are without problems but, as we all know, honest communication will speed up the problem solving process. If you’re too afraid to voice your opinion, or your creative instinct, then something quite minute (with the help of a dash of insecurity, and splash of expectation) can boil over, and slow the proceedings down, to an arguably unnecessary extent.

Unfortunately, in Music Video Land, you simply do not have that time to waste… and, fortunately, Kimbra is an honest, relentless, perfectionist so, as the bar is set to an overwhelmingly unreachable height, you have no choice but to perform at your best, which makes for a slightly terrifying, but equally rewarding, ride. 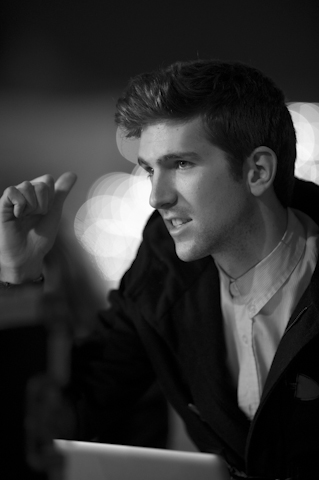 You are working on a short film for release this year. Can you tell us a little about it?

Yes! I’m quite excited. The title of the film is Mr. Beautiful.

It is the story of 16-year-old Olivia White, and the elaborate gift she has prepared for the man she loves.

This man is Olivia’s middle-aged next-door neighbour, whom she has named Mr. Beautiful. The story follows Olivia’s decision to reveal her gift to Mr. Beautiful, and the significant ramifications of this choice, for both herself and those around her.

It is an exploration of the various incarnations, expectations and complexities of love.

Emily Browning will play the role of Olivia White.

How did you get your first break?

Kimbra, and her manager, took a risk.

Due to minimal overseas travel, I feel slightly (incredibly) inept to answer the first half of this question…but, I will say, I do love Melbourne’s emphasis on [good] food and coffee. I rarely brainstorm at home, as I find it difficult to concentrate, so I love the huge amount of [again, good] cafes that are at our disposal.

I also love that there is so much variation in the people, voices, backgrounds and aesthetics of our culture and that there are, therefore, so many unique stories to be told.

It’s a tricky one. I’m not sure I connect with feelings of loathing or hatred, but I do have a few concerns:

At the forefront of my mind, I am maybe most alarmed by how Americanised our commercial radio is – though I am equally concerned about commercial television, I will focus on radio. As a side, I have no interest in broadly sweeping anti-American sentiments (as some of my favourite film, television and music is American) so I shall be specific.

I find it pretty concerning, and perhaps a tad offensive, that song’s like Taio Cruz’s Hangover – where the answer to preserving one’s youth [apparently] lies in the excessive consumption of alcohol – can not only be played to our Australian youth, on our commercial radio stations, but also reach number one. Though the presumed hindsight implicit in the track’s title suggests the capacity for retrospection, the song may as well be titled A Celebration of Binge Drinking.

I have no idea.

I rarely label myself anything more specific than “human” and “male”.

So, at this specific moment in time, I would say that being Australian means being a small piece of a very dizzying puzzle…and, in feeling this way, a consequent need to engage with an audience both nationally and internationally, with the ultimate desire to achieve a greater sense of connection.

I Finally Cracked It With The Flies...

Really nice interview ! Was happy to learn more about the creative mind behind Kimbra’s lovely music videos and career. My favourites out of the 3 are Settle Down and Good Intent 🙂

It’s always an awesome moment to see great talent get showcased and given a shot, really happy to see Guy and Kimbra do such awesome things together and bring a new, fresh style to things. It hits close to home, I myself am pursuing a career where it all starts with one chance/risk to get on a project and run with. I look forward to the short film! There are fans here in America!

Wow lots of modular lingo in that article. Not one F word from the human male.

i am a huge fan of yours.you recently came to the school you use to go to guy, and i have looked up to you ever since than i am thinking of doing photography and i really like your style of ideas and the way you produce them.
i cannot wait for the next feature you do, keep up the good work.

p.s
i wish i can see you again some time
thanks form lilly 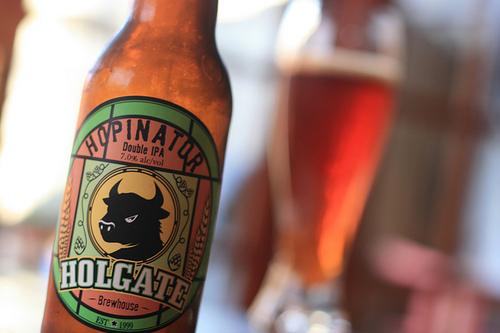 It is a truth universally known that the four ingredients used to make beer are water, barley, hops and yeast. Three...
© Onya Magazine 2009 - 2021
Back to top