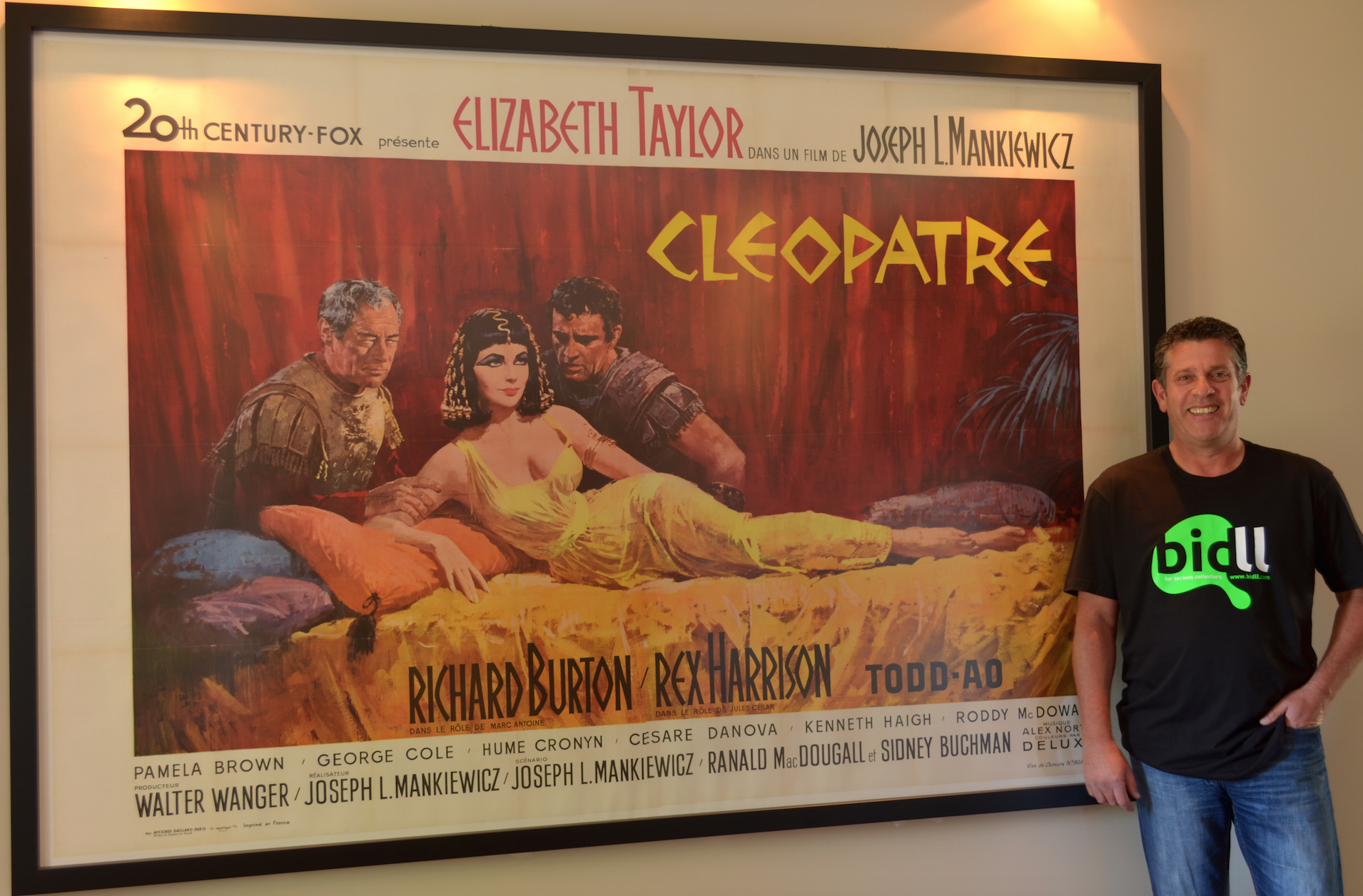 When Glenhaven’s David Rew was given an original American Graffiti movie poster some 40 years ago, it ignited a passion that remains strong today.

Mr Rew’s interest in collecting branched off into many other areas but has returned full circle to movie posters.

He now has thousands of original vintage movie posters covering about 100 years of movies.

The business consultant and web design company owner is now sharing his passion with other collectors through the new specialist website www.bidll.com.

www.bidll.com will bring together collectors and dealers to buy, sell and auction from their favourite hobbies.

The name is a combination of bid well and bid/sell and the site has already attracted interest from collectors and well established traders worldwide.

“I’ve collected something all my life,” Mr Rew said. “It’s the thrill of finding something vintage with a little history as part of it that has been the fascination. Over the years it’s been anything and everything, if it has a past and I like the look of it then I wanted it; whether it was stamps, coins, old signs, vinyl records, old packaging, or sports cards!”

Today his collecting is almost exclusively limited to movie posters but Mr Rew said he and other collectors were tired of seeing “anything and everything” on major online auction sites.

With reproductions and counterfeits flooding the market and major retailers also using the sites as another outlet for their products, Mr Rew said finding original collectible bargains was becoming more difficult.

“We want to be known as the place where collectors of the world come to find that missing piece for their collection,” Mr Rew said.

Bidll will operate as an auction and classified website. It already has hundreds of listings added from collectible dealers from across the world and will initially cover advertising signs and paraphernalia, breweriana, coins, comic books, movie posters and movie memorabilia, music LPs, CDs, stamps, trading cards, and vintage toys among others. 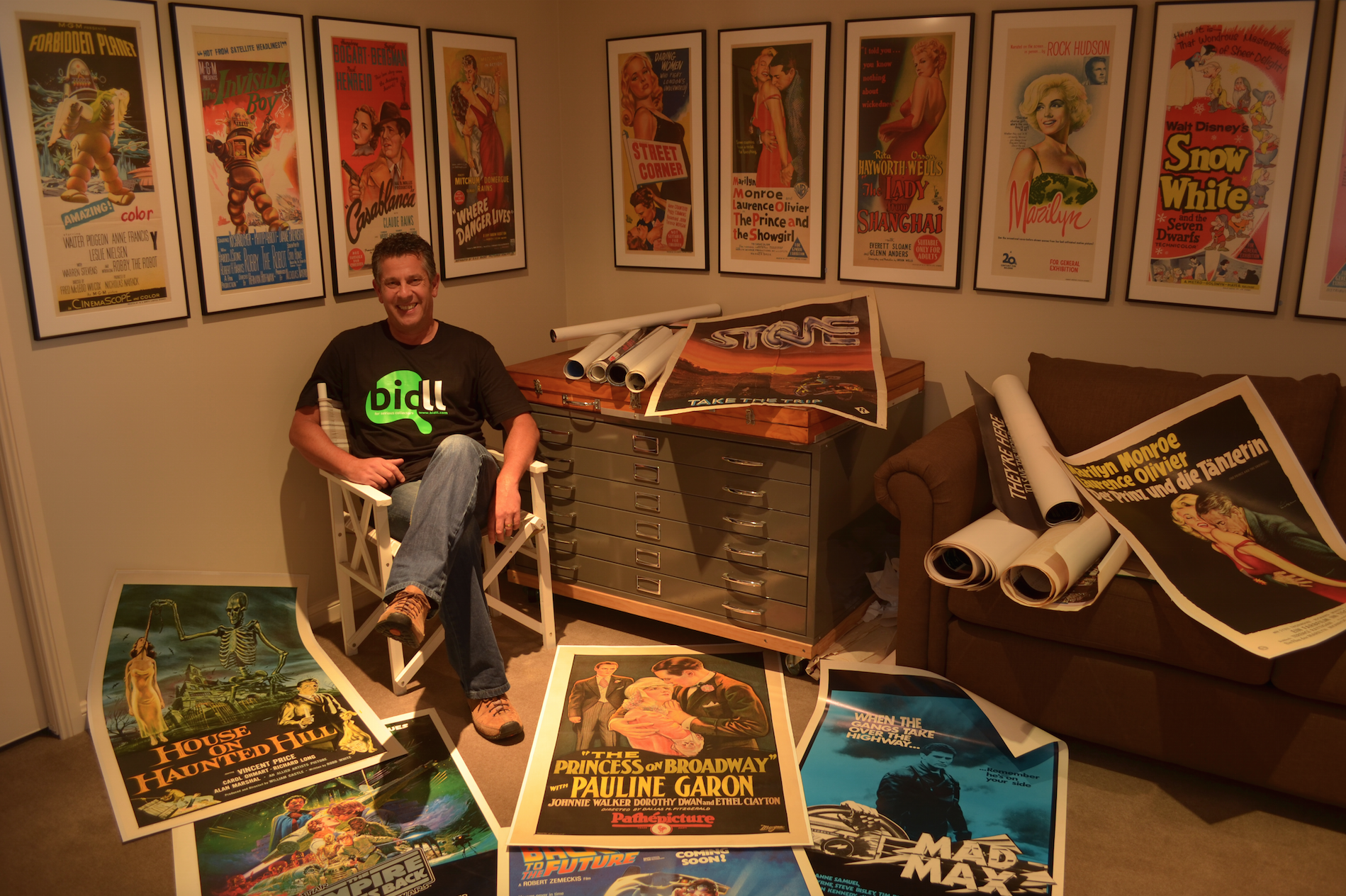 Mr Rew’s passion for collecting – which even stems to maintaining his family history – started when he was a sales rep calling on long-time retailers in country towns.

“I would always ask if I could rummage around in the storage loft or out the back,” he said. “The stuff I found was just amazing. To the dealers it was rubbish yet to me these things had history and saving it from being thrown out it gave me as much pleasure as finding it.”

Mr Rew said the best thing about most collecting hobbies is that you don’t need to spend a lot of money. “Sure there are some big dollars in collecting, for instance recently an original Superman, Action Comics No. 1 (1938) sold at auction for $3.2 million or not that long ago an original 1938 King Kong movie poster sold for more than $300,000. But that is the rarefied air of hobby collecting. On the other side of the coin I own a stunning original vintage movie poster from a 1927 silent movie, believed to be the last one left in the world and I got it for less than $200!”

Most collectors love to show off their collections and Mr Rew is no exception.

“Nothing says home media room like a few original vintage movie posters on the wall,” he said. “At the end of the day I collect because it makes me happy to own the pieces I own, and despite the fact they may greatly appreciate in value over time it’s not about the money, it as much about the fun I had finding it as it is about owning it.”

Mr Rew said www.bidll.com would give consumers a new option.

“It will give consumers something a little different. We don’t aim to compete with the online or bricks and mortar `super’ markets but we believe there is room to cater for the specialist collector,” he added.

The site has no listing fee and no buyer’s premium and has a low seller’s fee of 6 per cent, and has a special introductory commission of 3 per cent. 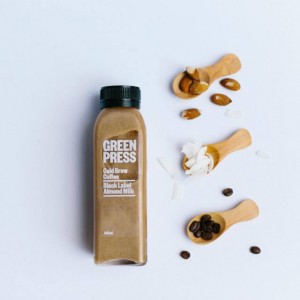 Cold Pressed Juice is waking up in Melbourne. James from Green Press in Little Collins Street chats to Onya Magazine...
© Onya Magazine 2009 - 2021
Back to top