The King is Dead!

The King is Dead!

So the theme song goes to perennial Aussie soap, Neighbours. This ditty that originated in the 1980s would certainly feel right at home in a sarcastic context for the latest episode of Rolf de Heer’s increasingly eclectic career. De Heer’s new film, The King is Dead! (exclamation point courtesy of the opening credits), sees him swerve back to a similar suburban landscape that he navigated with Alexandra’s Project, except in this case it’s less claustrophobic chills and anti-erotic thrills, and more giggles and lampoons. Taking the scenario of a loud set of buffoonish neighbours, something surely everybody has had to endure at least once in their life, and twisting it into a chucklesome quasi black comedy is just another day in the office for the man behind such diverse films as indigenous comedy Ten Canoes, perverse Bad Boy Bubby, jazzy Dingo, and retro silent throw-back Dr Plonk. 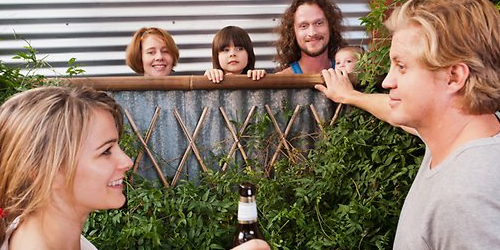 Dan Wyllie (Tangle) and Bojana Novakovic (Burning Man) star as white bread couple, Max and Therese. They are married without children, but it certainly appears that a move to the inner suburbs of the city is an indication that maybe a baby isn’t too far away. Before they even have a chance to move their furniture in to their gorgeous new home, they’ve been privy to the amateur hip-hop routine of an oafish neighbour (Luke Ford, The Black Balloon). There’s also a beardy thug (Anthony Hayes, The Slap) whose shifty slights of hand begin to alarm the white-collar young couple, and a vacant-faced girl whose screaming fits sounds like bloody murder. It is an older gentleman who goes by the name of “The King” (Gary Waddell, Gettin’ Square), however, that proves to be the most problematic. Overthrow the King and the idyllic lifestyle they envisioned will come to fruition, but how they go about it is just one of the gloriously humourous things that de Heer’s film manages to juggle with aplomb.

The King is Dead!’s biggest success is its screenplay and performances. The screenplay comes with a wealth of comical gags and observations about suburban life that many audiences should identify with. It’s tightly reigned in – its 107-minute runtime flies by quite effortlessly – and refreshingly avoids the more sinister aspects of The King’s drug and thievery schemes. In a nicely observed juxtaposition, the performances of Wyllie and Novakovic are grounded enough to make the rather outlandish portrayals of The King and his loyal scumbag buddies pop.

Where the film drops the ball is in the frustratingly passive direction of de Heer. Perhaps in a deliberate attempt to make the film appear as white collar as possible he has foregone any form of style, which sadly makes it a rather mute viewing experience. A nauseating swing and jazz score flitters about around the proceedings to make sure the mood never dips into anything too dark, while the basic single set lends it a stage bound quality that it never escapes from. Sadly, nothing is made of Therese’s stance as the breadwinner of the family, an interesting dynamic that could have been exploited. 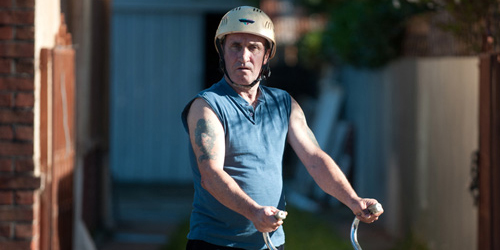 Much like Wish You Were Here from earlier in the year, I can’t help but feel like there’s an even better film waiting to get out of The King is Dead! if only they had gone bigger. It’s a shame that de Heer’s film is probably never going to leave the arthouse in its current state as it has all the qualities of a more mainstream, box office hit. Sadly, without that broader canvas it never really reaches beyond the confines of the cul de sac and a larger audience will sadly miss out. Still, it’s certainly a smarter comedy than, say, A Few Best Men, and it acts as an entertaining mirror to the harsher portrayal of internalised suburban life that de Heer presented in Alexandra’s Project.

The King is Dead! is in limited release from 12 July through Pinnacle Films.

Warm Up Your Winter with Natio 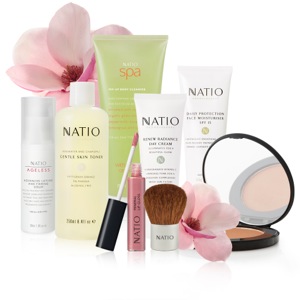 Warm Up Your Winter with Natio

It's this time of year when winter has well and truly set in, and the novelty of your new coat and scarf may be starting...
© Onya Magazine 2009 - 2021
Back to top