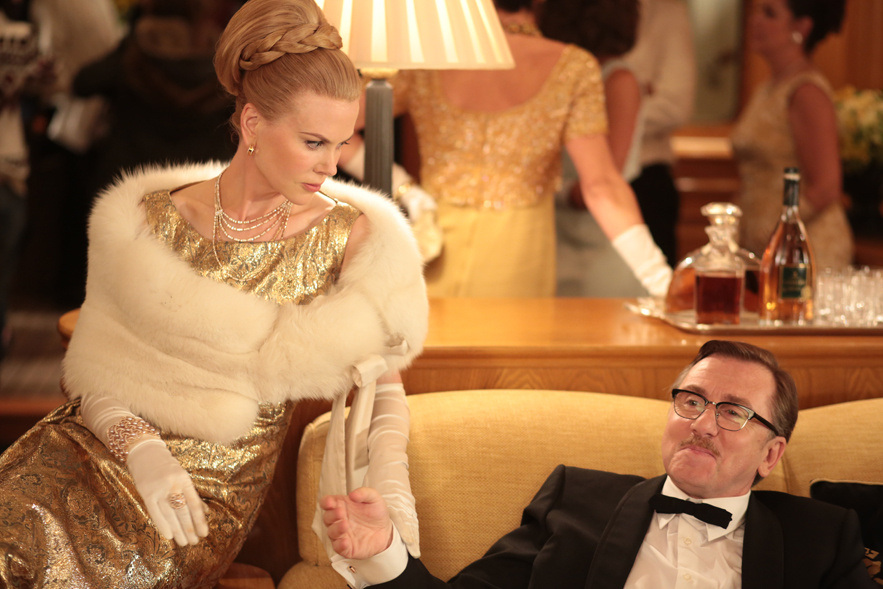 The plot has all the makings of a real-life fairytale – girl meets boy, falls in love, boy is actually a prince, girl an Oscar winning actress – but Olivier Dahan’s portrait of Grace Kelly, one of the 20th century’s most iconic (and stylish) figures is far from a dream to watch.

It’s no secret that the film has received negative reviews – both from Grace’s family and critics following its opening night at Cannes Film Festival, but I’ve purposely stayed away from actually reading them. I go in optimistic – I want to love Grace of Monaco – but I just can’t.

Set in 1962, the film focuses on one tumultuous year in Grace Kelly’s life. It’s six years since she took on ‘the role of a lifetime’ and moved to Monaco to marry Prince Rainier, and the sparkle has worn off. She’s unhappy and still unused to the expectations and duties she must fulfill as a princess. Rainier is too busy to care, frequently off dealing with other matters; namely clashes with French President Charles de Gaulle who threatens to impose French taxation on Monaco. A visit from Hitchcock (in an almost comical performance from Roger Ashton-Griffiths) poses a dilemma for Grace: revive her Hollywood career or stay in Monaco and do her duty.

Given the calibre of Director Olivier Dahan’s previous work (he was responsible for La Vie En Rose) I’m expecting something great. But when it falls to Grace to save the day and foil a suspected spy plot, it’s more Princess Diaries meets clichéd detective TV show than anything else (no offence to Princess Diaries – great film). I can’t help but feeling that it lacks complexity, trying too hard to be something that it’s not and forcing characters into the role of the “villain” or the “hero”. As many have pointed out, given there’s so much true material to work from, there is no need to dramatise it in such a way. This is where one of the film’s major problems lies. It distances itself from the confines of a biopic, instead marketing itself as a ‘fictional account inspired by real events’ – a notice that brings a chuckle to many audience members. 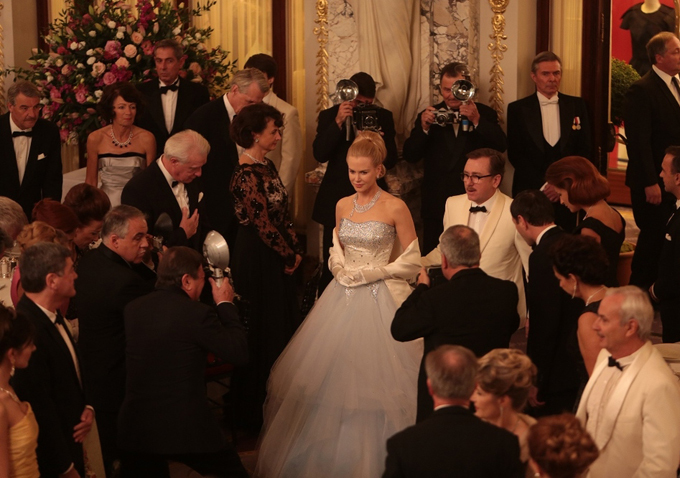 While her overall performance might be a bit wooden, Nicole Kidman certainly looks the part of Grace Kelly, although the lingering extreme close-up shots Dahan frequently employs of her face are sometimes almost too uncomfortable to watch.

What isn’t hard to watch however, are the costumes and scenery. The wide and vibrant shots of Monaco are beautiful, and the juxtaposition of Grace with this idyllic background only serves to accentuate her unhappiness and struggle to fit into the billionaire’s playground. Nicole (as Grace) is always perfectly coiffed, sporting pearls, form fitting skirts and the effortlessly chic combination of high-waisted trousers, shirt and a gorgeous silk scarf. Given Grace’s position as a style icon, it’s no surprise that fashion plays a big role in the film, although I feel the attention to detail by costume designer Gigi Lepage is underappreciated without further reading. Christian Dior and Cartier both reproduced pieces actually worn and owned by Kelly, Chanel contributed a skirt from its 2012 Haute Couture line, and Hermes loaned silk scarves as well as access to its Kelly bag archives, while her hats and glasses were created by the children of Grace’s original eyewear designer and milliner.

A recurring theme of the film is the notion of a fairytale and whether it can exist outside of a storybook. It’s a nice idea – something most of us grow up dreaming about – and it’s particularly relevant to her given how many times her marriage and story have been called a real life fairytale. In the flashes where her guard is truly let down, we’re shown a woman totally unsure how to play the role she has been thrust in, just wanting to be loved. In a final speech (which just verges on the wrong side of too long and cheesy) she reveals that her fairytale isn’t some grand dream; it would just be to belong, to love and to be loved in return. So can reality be a fairytale? According to Grace, fairytales can exist if we’re willing to work hard enough. Unfortunately no matter how much work went into this film, there’s no happy ending for Grace of Monaco.

Helping To Make Australia What It Is Today 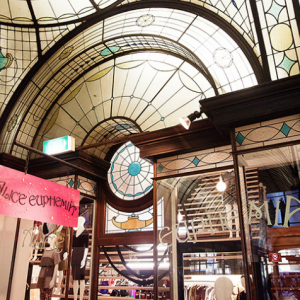 If the long weekend was for rest and relaxation, then this weekend it’s all about shopping and saving. This weekend...
© Onya Magazine 2009 - 2020
Back to top