Onya Magazine is all about fostering local talent, but unfortunately the art of cinema is not always so kind. The Bigpond Adelaide Film Festival is one of the biggest festivals on the Australian cinema calendar with a variety of Australian titles, including major world premieres; and two of the biggest were Beck Cole’s Here I Am and Justin Kurzel’s Snowtown. Onya Magazine guest writer Julian Buckeridge attended the festival and is here to let us know about these two titles. 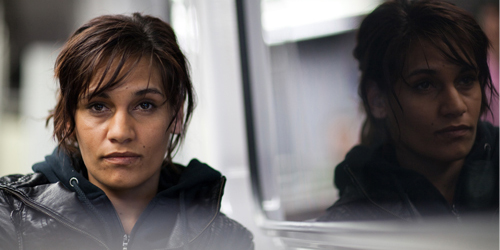 Here I Am is a well-meaning movie that yearns to be heart-warming but ends up as a soul-destroying experience. After a fine year for Australian cinema that included Animal Kingdom and indigenous-themed Bran Nue Dae, Here I Am is the reason that people still question why the Australian film funding bodies give money to certain productions. There is an interesting and engaging story here but it is debilitated by awkward and frankly amateur filmmaking.

It is unbelievable that the creative team behind Samson and Delilah are significantly involved with Here I Am, as the lack of control over dialogue and editing is in complete contrast to their previous effort. Beck Cole, in her directorial feature debut, gives none of her characters time to develop into interesting figures and any emotionally engaging moments are lost within seconds when an untidy formal element appears.

In her first lead role, we meet Shai Pittman’s Karen Lee Burden leaving prison with little physical baggage but plenty of the emotional kind. She wants to turn her life around but finds little help. Eventually taking refuge at a shelter for Aboriginal women on parole, she attempts to reconnect with her loved ones. With the support of the women around her, particularly Pauline Whyman’s (The Ruins) Skinny, she strives to break free of the demons of her past. Nothing of major interest happens thereafter, besides a scene with Karen’s daughter Rosie (another first-time actor, Quinaiha Scott).

If it sounds like I am being incredibly harsh towards Here I Am then you are absolutely correct – and the film deserves it. There is an important topic here – that of Aboriginal women and the Australian prison system – but it is utterly useless in such a poorly constructed feature. Even worse is that the filmmaking takes away from some wonderful performances by Shai Pittman and Pauline Whyman, who somehow survive this mess – or at least until the clunky dialogue begins again. Warwick Thornton’s cinematography is the only real saving grace of the film with some delicate and appropriate photography.

Meant to be a heart-warming feature that leaves the viewer with a sense of optimism, Here I Am achieves the opposite effect, leaving me glum and thoroughly depressed. Ultimately, the film’s failings are in its post-production, where the director has done little finetuning. There is plenty of time before Here I Am’s general release and I pray to whoever listens that they fix this mess up. Even those who are advocates for Australian cinema will find little to enjoy here, as it is an embarrassing piece in the landscape of local efforts of the past year. 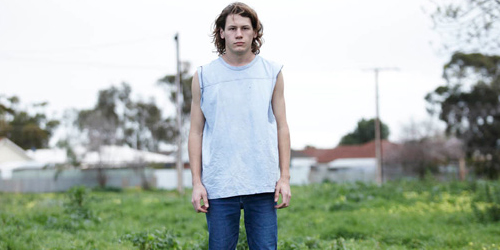 There have been few Australian films since Wake in Fright that have captured the menacing and destructive nature of “mateship” but Snowtown comes extremely close. Based on the “body in the barrel” murders of the 1990s, Justin Kurzel’s (Blue Tongue) film is a grim and harrowing affair that leaves the viewer deflated and more than a little frustrated.

Lucas Pittaway – in his debut performance – plays Jamie Vlassakis, a young man involved in the Snowtown murders. A tragic soul, Jamie’s schizophrenia and lack of father figure make him easy prey for sexual predators and disturbed individuals. When Daniel Henshall’s (Out of the Blue) John Bunting comes riding into town, his charismatic influence over the community slowly leads to a vicious killing spree.

There is little doubt that sodomy, garrotting and various forms of torture make for confronting viewing but Snowtown never feels gratuitous. Kurzel is controlled and respectful in every scene, with naturalistic dialogue and sense of place. While this style of filmmaking works extremely well in the first act, it becomes detrimental to the viewing experience once the murders begin. Victims are given little character development so despite the stomach churning moments, the viewer is quickly desensitised and eventually disengaged from the action.

As the narrative progresses, fatal flaws emerge – and not just in the characters. Loose editing and expository dialogue in the third act chip away at the viewers’ interest until there is little left to take away from it. Omitting a developed character with little explanation only compounds the frustration. The cold and overcast appearance may lend itself to the severity of the film’s events but it also reflects the viewer’s reaction.

Pittaway generally has to show little emotion as Jamie and seems to have taken inspiration from James Frecheville’s performance in Animal Kingdom. The character is so unsympathetically dull that even when he physically shows a feeling, he cannot create the impact that Frecheville so easily managed to do last year. Still, Kurzel gets the most from his actors – many of them local first timers – but most of all from Henshall who easily captures the duplicitous figure: a charismatic family man and predatory killer. Snowtown reveals his blinded sense of justice and how his manipulation of a community led to the horrific killing spree. Even looking at his eyes, Henshall encapsulates this terrifying man with relative ease.

Nevertheless, the acting, talented direction and understated screenplay are easily forgotten when confronted with the film’s problems. For all of its disturbing action, Snowtown is a pointless recreation that is unable to keep hold of its audience. It simply exists but the viewer will question whether the film should have been made, as the story is much more potent than this retelling. The distributors now have the unfortunate task of finding an audience for general release, and it is difficult to imagine that it was made for any demographic. Snowtown is a flawed, but promising in parts, piece of Australian cinema.

Here I Am will be released nationally later in 2011.

Black dresses gathered across iconic city locations in the heart of Melbourne last Tuesday to mark the start of The Spirit...
© Onya Magazine 2009 - 2021
Back to top