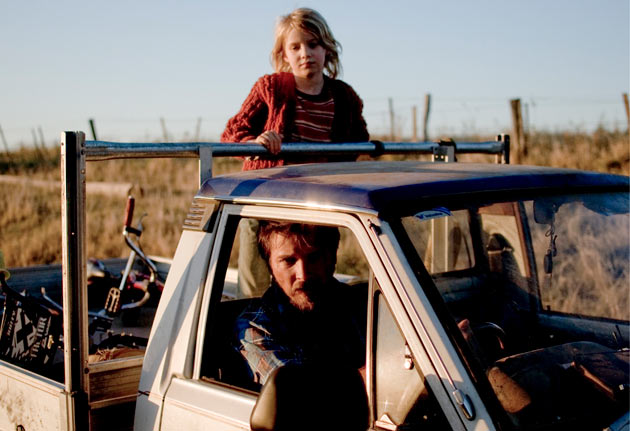 Julie Bertuccelli’s The Tree is a rare breed, indeed. Based on an acclaimed novel titled Our Father Who Art in The Tree by Brisbane-born, UK-based novelist Judy Pascoe, adapted and directed by a Frenchwoman and made in Australia with a cast of local and French talent. It is a deeply moving affair that will slowly work its way into the hearts of viewers thanks to the bare emotions on display and the heart-breaking work of its cast. The Tree is something special and something to be treasured.

Set in country Queensland, Bertuccelli’s first feature since the award-winning Since Otar Left is a unique story: French powerhouse Charlotte Gainsbourg plays Dawn O’Neil, wife to Peter (Aden Young) and mother to Tim (Christian Byers), Lou (Tom Russell), Simone (Morgana Davies) and Charlie (Gabriel Gotting). After her father’s death, eight-year-old Simone – and eventually Dawn herself – begin to believe that his soul has inhabited the mammoth Moreton Bay Fig tree that expands throughout the O’Neil’s expansive property. Each finds comfort in the feeling that their father and husband is still with his family, but as the tree’s life also comes to an end due to the drought, this family must learnt to live once and for all without Peter. 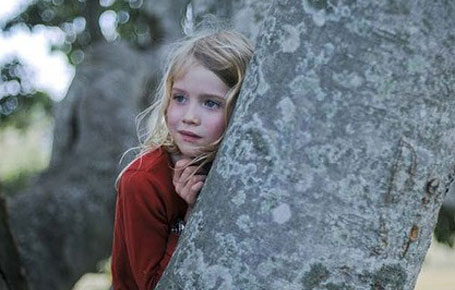 This may sound like heady, high-falutin stuff, but Bertuccelli handles it with such a powerful sense of technical skill and heart-felt emotion that it all works. An audience member’s willingness to believe the unbelievable is vitally important since the very idea of a soul inhabiting a tree is of course ludicrous. However, the film succeeds by slowly chipping away at the viewers’ cynicism and misgivings about such a plot with a succession of poignant, delicately handled sequences filled with minutiae and milieu. Bertuccelli and her cast never second-guess themselves in how they are treating this material and their faith in the material is vital to the film’s success.

Bertuccelli’s movie is a technical marvel, too. It must be said that Gainsbourg and Davies provide one of the finest mother-daughter acts seen on screen in quite some time. Gainsbourg’s ability to externalise inner torment and passion has been seen many times before, most notable in Lars Von Trier’s Antichrist for which she won Best Actress at the 2009 Cannes Film Festival, but she also has a way of radiating warmth from her characters. Here she shines and the blossoming of her character throughout the film is a joy to behold. Young Morgana Davies, it must be said, gives one of the greatest child performances this writer has ever seen. Much like the cyclone that looms over the third act (yes, there is a cyclone), Davies is a force of nature and without her the film would not work as well as it does.

If anyone trumps the actors in The Tree then it is surely the title character. This stunning Moreton Bay Fig is 20 metres tall and 34 metres wide, it’s branches spread from one edge of the screen to the next. It’s a stunning piece of imagery on screen in a film that is filled with memorable images, both large and small, courtesy of Nigel Bluck’s gorgeous sun-drenched cinematography. Bluck’s screen is routinely framed by the tree’s branches and it’s tangled roots. Grégoire Hetzel’s score, fusing strings, piano and guitar, and editing by François Gédigier help the film flow like limbs of a tree reaching towards the sky.

If there is one negative to be found in The Tree is it the way the story’s metaphors are rarely ever subtle. Whether they are as obvious in the book as they are in Bertuccelli’s film I cannot say, but when characters talk about the roots of this omnipresent piece of native flora infiltrating the lives of everyone around them, it’s hard to not feel like the writer is hitting us over the head. The character of Lou also feels clumsy, as if he was an afterthought, never given enough time of his own for the film to navigate his feelings about his deceased father and the thought that maybe he has returned in such an uncommon way.

Nevertheless, it is easy to forgive such lapses in storytelling when the rest of the film is so rock solid and strong. It’s a French film at heart, but that doesn’t mean it doesn’t also feel uniquely Australian. It is not an immediate piece of cinema, but instead one that works its way into the audience’s mind through the performances and images. Much like the roots of the Moreton Bay Fig at the film’s centre, The Tree will dig and bury itself into your brain and hopefully fill you with something deep and meaningful. It is a beautiful film and one that will remain with me for years to come. As Bertuccelli was preparing to film The Tree she received word that her husband had died and that, like Dawn, would have to go on being a single mother to her children. It’s hard to see this as Bertuccelli’s own love letter to her late husband and, with that, one of the most personally striking films of the year.

The Tree will be screened nationally in select cinemas from 30 September. Visit the official website for more information.

An Open Letter to Rebecca Wilson, re: Gary Ablett Jr

thanks Glenn Dunks and Onya Magazine, from The Tree team.