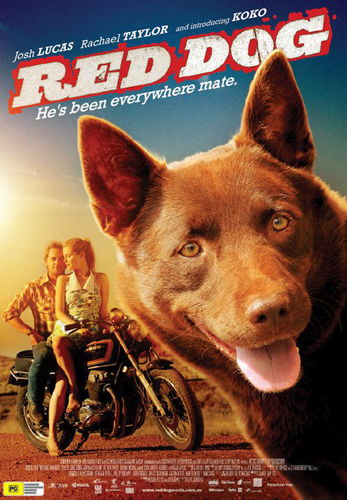 ‘Never work with animals or children,’ the old filmmaking phrase goes. If that’s the case then director Kriv Stenders must prove to be one of the exceptional exemptions to the rule. His last film was the criminally under-seen yet thoroughly excellent Lucky Country from 2009, that dealt with two children whose father is in a bitter power duel at the turn of the century, that featured two impeccable performances by youngsters Toby Wallace and Hanna Mangan Lawrence. His latest feature is Red Dog and it puts the titular canine creature squarely at the centre of the frame and Koko, as he is known in the real world, is a genuine star.

Red Dog is more than just a cute kelpie though. It’s a touching and wonderfully made film that feels both kinetically modern and yet charmingly old fashioned. It’s refreshingly patriotic, but with a knowing wink to the changing landscape of Australian culture. Filled with deep emotions of the human and animal kind, it gets an emotional reaction out of its audience through a hardworking screenplay by Daniel Taplitz (based on the novel by Louis de Bernières) and actors that take their familiar roles and imbue them with a delicate sincerity. Watching Red Dog was like watching an Aussie classic being born. Sure, it’s no Babe (not many films are, let’s be honest), but it’s not hard to see Stenders’ sweet film becoming a DVD staple of Aussie families and, well, anybody else, too.

Bernières’ 2002 short novel told the story of the lovable dog of the title who found himself wondering the Western Australian Pilbara region before finding his “one master”, John, a bus driving wanderer who never lives in one place for too long. Played by the handsome American actor Josh Lucas (The Lincoln Lawyer), this master is as much a figurative fish out of water as the dog, but any animal lover (although especially dog lovers) will find their bond genuinely touching. The tragedy that befalls this mining region that John and Red Dog call home is surprising in its abruptness, but leads to a deeper and richer experience. 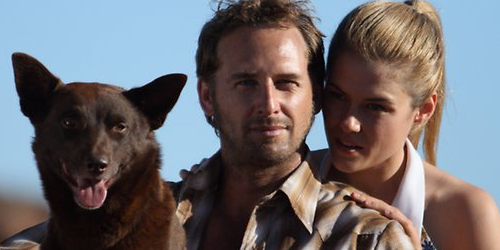 Playing John’s girlfriend is Rachael Taylor (Summer Coda) and while she glows amongst the glorious cinematography, it’s her throaty voice and earthy smile that make her the perfect glowing accessory to this outback landscape. She’s a stunning beauty, definitely, but one with a fierce fire within her. That fire is kept well alight alongside the cast assembled to play the townspeople who are eventually fleshed out as more than the stereotypes they initially inhabit. John Batchelor (Sea Patrol), Rohan Nichol (South Solitary) and Arthur Angel (Van Diemen’s Land) particularly stand out, as do Noah Taylor and Loene Carmen who feature as married local bar-owners some 24 years after appearing together in the iconic The Year My Voice Broke. Luke Ford (Animal Kingdom) is also nice as the out-of-towner who invokes the tale of Red Dog, whilst Keisha Castle-Hughes (Whale Rider) appears briefly as a veterinarian nurse who stirs the heartstrings of the local Italian storyteller.

Oh sure, I was somewhat perturbed by the glaring anti-feline stance that Stenders and Taplitz seemed to be taking, but even cat lovers like myself will find the resolution to this plot strand quite exquisite. The Pilbara region is lovingly captured by Geoffrey Hall’s camera as the sun casts its golden hues over the region. Meanwhile, the score by Cezary Skubiszewski is punctuated by an ever-lengthening set list of Aussie rock classics that would probably sell bucket loads of compilation albums if “VB’s Hottest Aussie Rock Anthems” didn’t get their first. 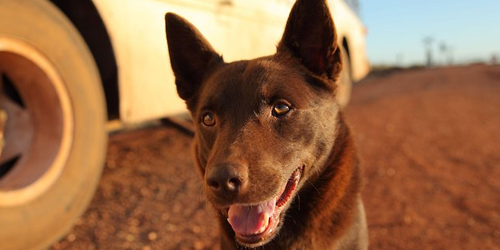 In the end, the true star of Red Dog is “Red Dog” himself. With every prick of his ears at a command, every tilt of the head at a disappointment and that devastating final scene are as captivating as they are because of Koko. Red Dog just wouldn’t be the same without him and his pointed, dusty face will surely inspire a new generation of dog lovers and Aussie film fans alike.

I was hoping for a film about a Soviet dog that had infiltrated Australia during the Cold War.

But when you say devastating final scene… I’m left thinking about Marley & Me which reduced me to a blubbering mess of tears. Will have to watch! 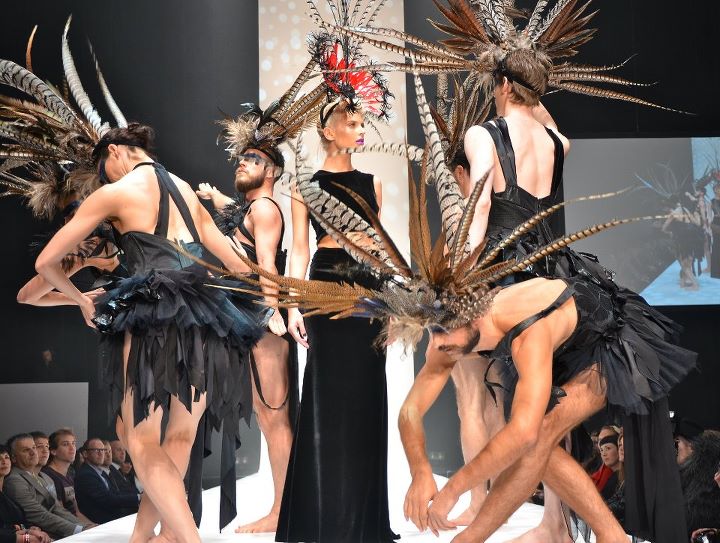 Melbourne Spring Fashion Week continues to raise the bar year after year, but it is not without the help of the amazing...
© Onya Magazine 2009 - 2020
Back to top