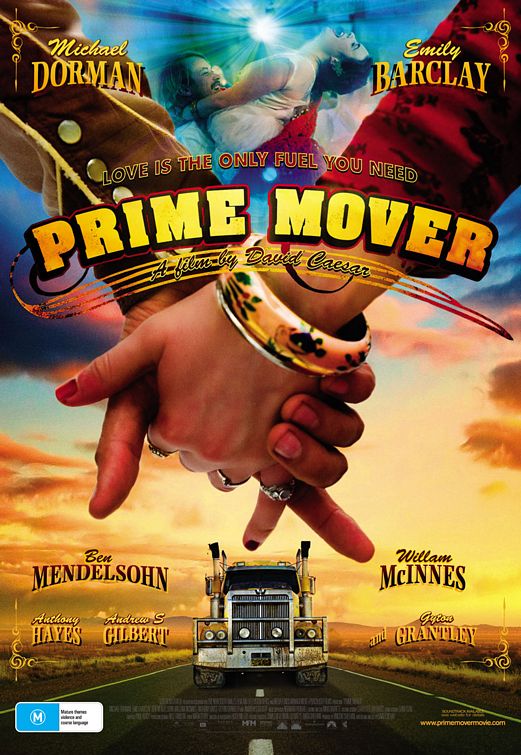 Many of us would find it hard to get excited about the world of long-haul truck driving. But it is within this world of long hours, temperamental expensive auto-machinery and chauvinism, that director, David Caesar grounds his modern fable. Prime Mover is a hugely likeable film weaving the real with the imaginary, testing out the phrase, ‘be careful what you wish for’ on its sweet and ingenuous protagonists.

Set in Dubbo, NSW, Prime Mover follows Thomas (Michael Dorman) a dreamer, as he meets Melissa (Emily Barclay) and enters into the deep end of truck ownership. Starting the film as an employee at his father’s truck depot, Thomas aspires to be his own boss, controlling his own destiny. But Thomas is capable of making incredibly bad decisions. His story shows how even the most reasonable of dreams can be corrupted by those wanting to take advantage of enthusiasm and youth.

The film’s success is largely due to its casting. Australian heavyweights provide great supporting performances: William McInnes as the gruff truck boss, Phil; Lynette Curran as the motherly loan-shark, Mrs Boyd, who likes ‘making people’s dreams come true’ and Jeanette Cronin as Melissa’s sharp-tongued mother. But the heart of Caesar’s film is the hugely watchable partnership of Dorman and Barclay (who played opposite each other in 2006’s Suburban Mayhem). Caesar gives the couple a credible love story, with the actors bringing chemistry to the romance. 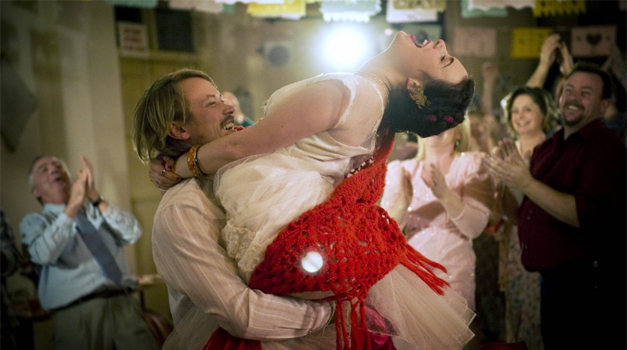 Through the pairing of Thomas and Melissa the film explores the narratives we create for ourselves. Thomas is a talented artist determined that future happiness lies in running his own business. Melissa, who works at the local petrol station, fills her life by embracing her gypsy ancestry, her only inheritance from an absent father. These created identities are the characters’ bids to escape lives that seem doomed to mirror that of their parents.

Whilst Caesar has steered his cast towards a naturalistic style (aside from Ben Mendelsohn’s cackling baddie moments) visually the film has adopted a more magical aesthetic. The film is dotted with illustrations of Thomas’ internal fantasies, like the V8 engine revving in his chest upon meeting Melissa. It is this same heightened realism that allows the inspired casting of Anthony Hayes as multiple sleazy characters in the film.

While Prime Mover does not have the visual mastery of some recent Australian films and is not without its flaws, it makes up for this with simple storytelling and engaging characters. Bolstered by a strong Australian/New Zealand cast, the film creates characters with stakes that are understandable and relatable. Prime Mover gives you a chance to invest in its protagonists, who are loveable, naïve and frustrating in superbly equal measures.

By Gaynor Alder We are coming down the home straight of the final Fascinators & Fillies, and nothing lets down a show...
© Onya Magazine 2009 - 2021
Back to top