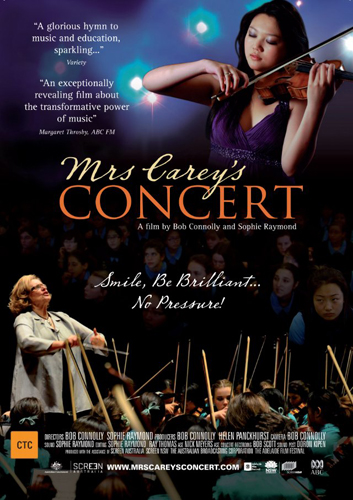 It has been ten years since renowned documentary filmmaker Bob Connolly – not to be confused with Robert Connolly, director of Balibo – made a film. Connelly has kept a low profile after the death of his directing partner Robin Anderson in 2002, but the two made some of the seminal documentaries in Australian history; think of Facing the Music, Rats in the Ranks and Black Harvest. Connolly has now returned with Mrs Carey’s Concert, charting the struggle of Karen Carey, Director of Music at MLC School for girls in Sydney, to get her students ready for a concert at the Sydney Opera House that will hopefully help shape the girls’ outlook for years to come.

From the humble offices that Mrs Carey and her fellow teachers occupy five days a week to the expansive and awe-inspiring interior of the Sydney Opera House is a long journey that is fraught with ups and downs. Mirroring the lives of any 16-year-old high schooler on the verge of adulthood, there are rough patches, highlights, lengthy periods of dreary dullness and everything in between, but Mrs Carey knows it’s all for a greater purpose; to see her students realise a goal as big as this one is something she knows is valuable and important to their self-esteem, growing up in a world that aims to bring young girls down every chance it gets.

Carey’s laser focus – and that too of Connolly and first time co-director Sophie Raymond – lands on Emily Sun. She is a pupil with star potential, but whose rebellious tendencies have begun to get her in trouble. Carey’s insistence that she is both technically and mentally able to be the soloist at the centre of the school’s Opera House performance is one that will either explode in her face or be a bold success. On the other side of the coin, however, is Iris Shi, another student with a rebellious streak, but one that is rapidly sending her down a dangerous path that Mrs Carey fears she cannot bring her out of. 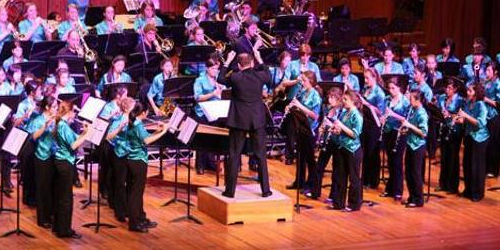 These two, bright and beautiful each of them, as well as the other assorted characters that dot this school’s landscape are what helps to make Mrs Carey’s Concert such a success. While Shi’s storyline – there are almost comparisons to be made to Chris Lilley’s We Can Be Heroes and Summer Heights High creation J’amie – are the film’s most interesting passages, she is sadly sidelined towards the end once the concert comes closer to fruition. By the time Sun takes centre stage, she has emerged as a truly talented individual who does her late father proud. Meanwhile, various other students get brief moments to shine amidst the pressure that make this the sort of feel good experience many wish Australian cinema would be more often.

Connolly and Raymond’s film is punctuated, as one would expect, by some of the finest classical music ever heard. From Handel to Brahms, Ravel to Verdi; these students perform with a collective talent that is quite stunning. While I am perhaps too uncultured in the world of classical music to know just how good they are, that all of them are able to get out on that world stage and present themselves the way they do is an achievement in itself. 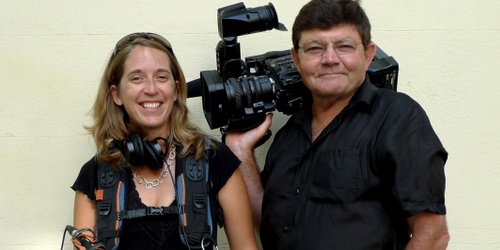 The film’s 95 minute running time is nowhere near enough time to truly delve into the 18-month undertaking by Mrs Carey, as well as her fellow teachers Louise Keller, Damian Barbeler, Lynn Byun and Kimbali Harding. Not to mention the 263 hours of footage that was shot and the 18 months it took to edit and assemble. Students and narratives get pushed to the side when they would have been fascinating additions. Meanwhile, a sequence in which Mrs Carey loses a folder of sheet music feels artificial and unnecessary. In the end though, Mrs Carey and her students’ music is a wonderful experience to witness.

A Ritz and Glitz High Tea

Ensure Your Mum is Toxic Free This Mother’s Day

A Ritz and Glitz High Tea

Most people’s fun life goals are all about travel, extraordinary feats (like bungee jumping or sky-diving) and wistful...
© Onya Magazine 2009 - 2021
Back to top