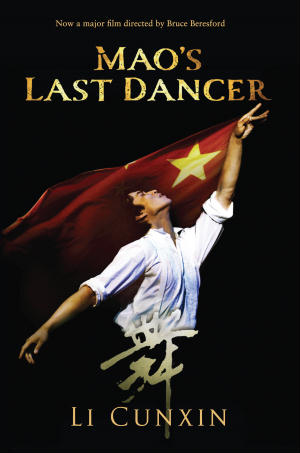 Some readers may be surprised to learn that Mao’s Last Dancer is indeed an Australian film. Being set primarily in China and the USA, and featuring mostly American actors, it would be easy to not realise the Australian connection, but it is funded solely by Australia, and underneath the international sheen is a collection of Australian talent. Hopefully, the tact works, and this film becomes a local and international success, because it would be nice to see audiences respond to this Australian telling of a very worldly tale.

Based on the memoirs of Li Cunxin, now an Australian resident, Mao’s Last Dancer is the first local film for Australian director Bruce Beresford since Paradise Road in 1997. It follows the life of Li Cunxin (Chi Cao) who was chosen by Madame Mao to attend the Beijing Dance Academy at only 11 years of age. Years later the Artistic Director of the Houston Ballet (Bruce Greenwood) discovers him on a trip to China and quickly brings him to America, where he is feted as a ballet wunderkind. Political outrage, romance and plenty of dances follow as Cunxin defects from his communist home country and pines to see his mother (Joan Chen) once more.

The film soars in several areas, and one of which – perhaps the most important of all – is that of the dance sequences. While I have not read Cunxin’s book, I imagine these moments will add dimensions to the book’s fans. They truly are exceptional and even people such as myself, who are blissfully unaware of the true talent that is needed, will find them fascinating. Chi Cao is a professional dancer, having worked in China and England predominantly, and has never acted before. I can forgive him for being slightly off on the acting side since his dancing is so exquisite.

I’m not sure what was going on with Kyle McLachlan’s accent, why Jack Thompson shows up and leaves just as quickly, or why Bruce Greenwood’s character had such wild mood swings, but these are generally minor quibbles. The film’s biggest problem is the strictly formulaic script. As written by Jan Sardi (Shine), the film follows the exact trajectory that you expect and didn’t surprise this viewer, even if I did find myself tearing up at the ending, an ending that will catch you hook, line and sinker.

Mao’s Last Dancer isn’t a perfect movie, although the sublime music score by Christopher Gordon sure does come close, but will act as some sort of chicken soup for the soul for audiences. It will be described as “heart-warming” and “life affirming” like many of these films tend to do, and I’m sure many will find it to be so. It’s a gorgeous film and, for an Australian production, something quite wonderful. It’s just a shame it adheres so closely to the Hollywood script.

Brilliant, thanks for shedding some light on the film for me. Really looking forward to seeing it!

I really went with this film, though having since seen the trailers, I think these could have put me off and given way too much away. Not having any expectations, I didn’t have a problem with some of the Hollywood stereotypes and consider it a strong mainstream film, ie, definitely worth seeing. The blend of history, social and cultural elements and politics, along with the dramatic and dancing aspects really overwhelmed me. I found it exhilirating and beautiful and I’m not even the target audience. I don’t even like ballet, but wrapped up with the story, it’s great. I think this film will do very well from word-of-mouth, though critical response seems not so good.

By Sarah Willcocks So I may be getting a tad ahead of myself with my anticipation of this Summer. After all, Spring hasn’t...
© Onya Magazine 2009 - 2021
Back to top