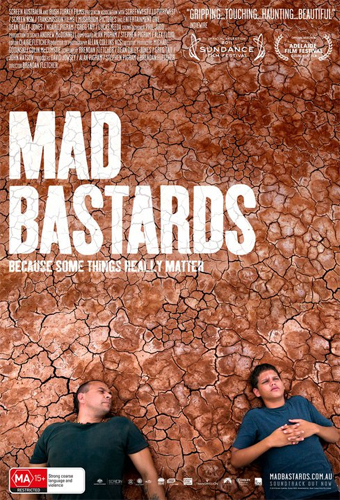 Another entry in the increasingly common arena of films about Indigenous Australians, Mad Bastards is a solid examination of the lives of some modern day Aborigines. It effectively portrays the good, the bad and the ugly, but never succumbs to numbing miserabilism like the works of Ana Kokkinos or the upcoming Snowtown. Many will want to compare it to Samson & Delilah, a work of cinema that will cast a towering shadow for many years to come, and while it doesn’t reach the soaring heights of that Cannes-winning title, it’s a powerful movie in its own right.

Mad Bastards is the debut feature of Brendan Fletcher, who is known for his AFI-nominated short film Kulli Foot as well the TV documentary Black Chicks Talking. Fletcher has crafted a tough, but enlightening and at times moving and hopeful, film that tackles the hard issues of what it means to be Aboriginal in this day and age. Every character in this movie moves about on shifting sands; they can be cruel and ugly one moment, yet sweet the next. There may be black and white as defined by the colour of their skin, but not when it comes to their character. 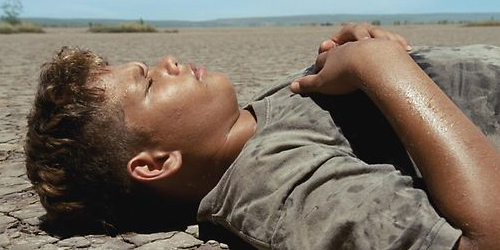 Lucas Yeeda stars as Bullet, a young boy quickly on his way to spending a lifetime in jail like so many others from his community. His mother Nella, Ngaire Pigram, hosts large booze-filled parties that always end in fights. Fights that need to be broken up by the local cop Texas, Greg Tait. Soon enough, Bullet’s father TJ, Dean Daley-Jones, returns to town trying to escape persecution for a pub brawl. As he hopes to rekindle his father-son bond with Bullet, as well as the romantic one he cruelly cut short with Nella many years earlier, TJ must learn to grow up and “be a man” every bit as much as Bullet. Both of them are in need of a father figure, but only TJ is able to provide it.

Fletcher punctuates the film with enjoyable musical numbers – although Bran Nue Dae this ain’t – performed by The Pigram Brothers and Alex Lloyd. They add sweetness to the movie that could have otherwise been missing amidst all the rough-edged angst on display. Alongside the more colourful members of the community TJ finds himself immersed in, the music is like an beam of light that shows not everything has to be about pressing fists to face. That iconic Australian director Rolf de Heer (Ten Canoes, The Tracker) is credited as a creative consultant is not surprising, since he is so very good at making films that have something to say, but refuse to pander to the lowest arthouse clichés to say it. 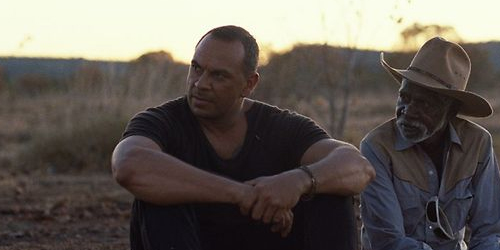 Cinematographer Allan Collins, who so memorably lensed Ivan Sen’s tale of runaway indigenous children Beneath Clouds, does a fantastic job with the Kimberley landscape. Framing the locations with stunning compositions that really enhance the blues, yellows and purples of the outback sky against the reds and greens of the Earth. The sound design by Phil Judd is also important to experiencing this world. There’s something wonderful about sitting in a theatre and hearing the delicately placed sounds surround you – a cricket in the speaker to your left, a far-off drum beat in the speaker to your right – and make you feel like the director has lived and breathed this land.

Fletcher has done a great job with Mad Bastards and should be especially commended for getting the performances out of these non-actors. Greg Tait is especially noteworthy as the weary policeman who travels the streets of his community day and night. If the film doesn’t pack the same guttural punch as Samson & Delilah it’s probably because the screenplay, also by Fletcher, is less razor-focused. It dances around and sometimes doesn’t quite settle on its subjects with enough intensity, preferring to insert a song into the soundtrack before things get too tough or too intense. Still, it’s a strong film from yet another debut feature filmmaker who is instantly worth paying attention to.

The Australian film industry’s knack for surprises continues with the release of Mad Bastards, an Indigenous drama headlined...
© Onya Magazine 2009 - 2020
Back to top