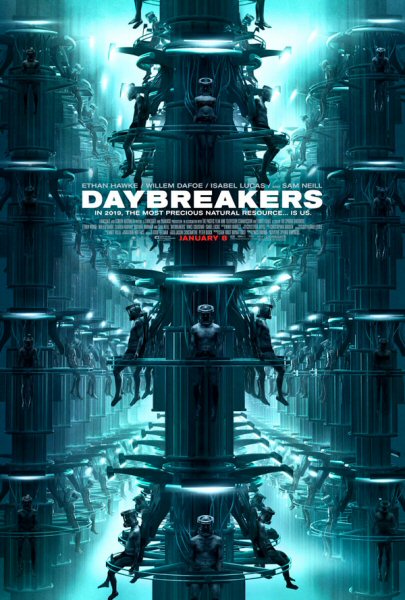 Daybreakers opens in 2019 to a world largely populated by vampires, with the remaining humans making up about 5%. Ten years prior, a mysterious virus, thought to have started from a bat bite, turned those infected into vampires, the healthy having to decide whether to be converted or stay as human prey. With the current food supply (humans) ever dwindling, more and more vampires in desperation turn to cannibalism, which causes them to become ‘subsiders’ – grotesque bastardisations of the vampire form. The whole population’s fate lies in the hands of vampire haematologist, Ed Dalton (Ethan Hawke, Before Sunrise, Gattaca) who is tasked with finding a blood substitute. But when he discovers something even better, with the help of his human buddies, Audrey (Claudia Karvan, Love My Way, $9.99) and Elvis (Willem Dafoe, Shadow of the Vampire, Antichrist), the nasty head of the human farming corporation (Sam Neill, Jurassic Park, The Piano) tries to silence his findings. 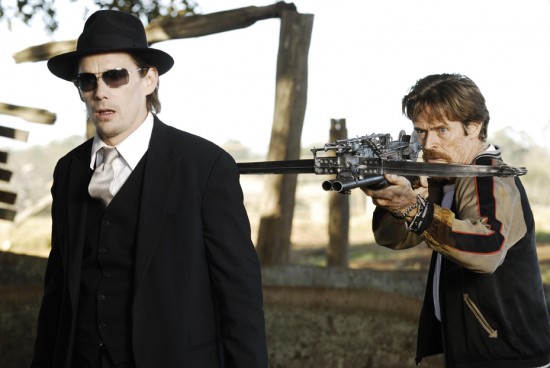 The writers and directors of this cocktail of science-fiction and horror are Australian brothers, Peter and Michael Spierig. The Queensland based twin’s first dip in the horror pool was their cult hit Undead (2003), which involved meteorites and zombies. This low budget horror flick got them noticed and they were able to quit their day jobs making TV commercials. With a bigger budget and bigger stars, the boys are back with a vampire tale that’s a bit schlock horror and a touch of neo-noir. Bringing American actors to fill in the big parts to guarantee funding and distribution, Daybreakers seems to hark back to Australian genre films of the 1970s.

‘We set out to give everything that genre fans want from a vampire movie, but serve it up in a way they’ve never seen before’ Peter Spierig 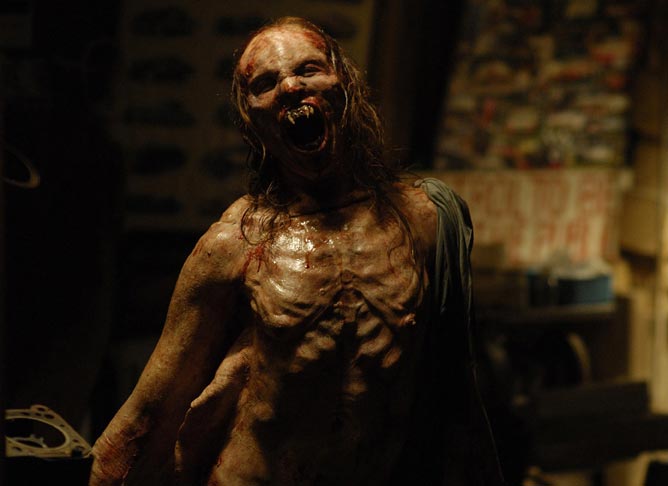 The Spierig Brothers’ aim with this film is to mix social commentary and fun. Pushing the themes of resource exploitation and social hierarchy, the film is much more successful at the fun part. Creating vampires that are for all intents and purposes human – they are neither particularly attractive nor powerful – the world continues almost as it did before the virus. Vampires line up to get their coffees (with 20% blood) on the way to work, they continue their same jobs and live in the suburbs. The practicalities of a society suddenly transformed into immortal blood-suckers are very lightly touched on with supposedly poignant scenes of ‘child’ vampires. 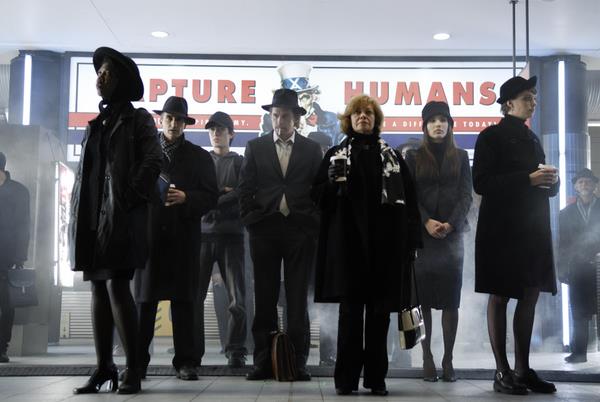 The director of photography, Ben Notts, shot digitally, creating what he describes as ‘clean sterility’ for the vampire world. A world that is cold and dark, with greys, blacks and whites. Sections with the human groups are shot with much more warmth and colour, making good use of the Queensland locations. The neo-noir aspects of the film are intriguing with the costuming harking back to the 40s and 50s with tailored suits and hats. The characters all seem to chain-smoke, which seems both in homage to the noir and a cheeky wink to the fact that a perk of being undead is that you no longer have to worry about lung cancer.

The horror element of the film is largely unscary, with more chuckles than jumps. On the whole the film is pretty heavy-handed with its acting, scripting and directing. With constant allegories rubbed in your face; it is at times hard to work out if this is intentional or poor filmmaking. With a blood-bath ending which leaves itself very open for a sequel, it is likely that this is not the last we have seen of the Daybreakers’ world, even though once was probably enough.

Daybreakers is released nationally on the 21st of January.

A Prince for the People

By Sarah Willcocks Time to polish up our barbeque plates to a sparkling shine and make sure the Esky is full of overpriced...
© Onya Magazine 2009 - 2021
Back to top