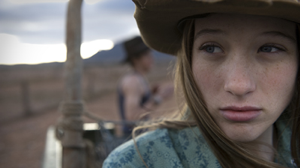 If you were to make a checklist for a film Beautiful Kate would ticks all the boxes; great actors- tick, amazing location-tick, daring director-tick, interesting material-tick. This makes it all the more disappointing that the film fails to tackle its weighty subject matter of teenage sexuality and incest. Beautiful Kate had the pedigree to be an incredibly impressive film, and it is hard not to feel cheated with the celluloid result.

Director/Screenwriter Rachel Ward has transplanted Newton Thornburg’s story of family secrets and guilt from Chicago to South Australia. Ned (Ben Mendelsohn), a writer, makes a long-overdue return to his childhood home to visit his dying father, Bruce (Bryan Brown), who is being cared for by his saintly younger sister, Sally (Rachel Griffiths). Joining this dysfunctional family reunion is Ned’s young fiancée, Toni (Maeve Dermody). Returning to the dilapidated farm after a twenty year hiatus, Ned is haunted by his last summer in the house and the time leading up to the death of his twin sister, Kate (Sophie Lowe) and elder brother Cliff (Josh McFarlane).

The film is separated into two parts, Ned’s last teenage summer, past, and his father’s final days, present. The interlocking of past and present narratives reveals the troubling family history exclusively from Ned’s perspective. Visually the past sections of the film, shown in flashbacks, are the more spectacular. However the emotions of guilt, shame and confusion are better explored in the present sections; the disjoined relationship of Ned and his father feels truthful as the tense reunion plays out. Unfortunately Rachel Griffiths is criminally underused, disappearing for a large section of the film. More of Toni would also have been welcomed, as the only fully fleshed-out female character, she shows wit, strength, vulnerability and a nice touch of malice.

It is the subject of incest that fractures the film. Films shouldn’t tell their audience what to think, but they have to take a stance. Given the universally taboo subject of incest, Beautiful Kate is surprisingly devoid of morality, judgement or explanation. The title character Kate (Sophie Lowe) is purely a visual aid, a Lolita–esque, skimpily clad apparition of a teenager. The audience is given absolutely nothing of her personality or psychology. Far from being a sympathetic view of adolescent sexuality, Kate is shown as a nymph or predator that pounces on her brother(s) when they are at their most vulnerable. The little bit of information the audience receives from Kate to explain her sexual desires is that they make her feel less like a freak. Surely the filmmaker would have to ask why? Poor Cliff is also a woeful outline, barely even coloured in, he is little more than a name and a face.

It is hard to gather whether it is lust or guilt that adult Ned feels towards his deceased sister Kate, to whom Toni bears a resemblance. Certain scenes from his past and present play out similarly, showing the long-time impact of his teenage sexual encounter. The idea of forgiveness feels as if it has been hurriedly tacked on the end of the story, instead of actually considered. Why this forgiveness is being offered and what it means for Ned, and his future, are left unexplored; is incest something he can or should be able to get over? 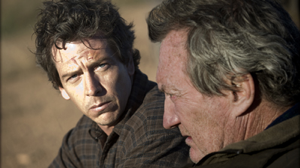 Beautiful Kate is well crafted technically, with Rachel Ward assembling a great cast and a brilliant cinematographer in Andrew Commis. Unfortunately, whilst choosing to tackle a subject like incest is audacious and brave, it is not enough to simply feature it; it deserves to be examined and probed. It is commendable that Beautiful Kate doesn’t force moral judgements down its audience’s throats, but it is such a pity that there is no space given to many of the characters and no time given to consider ‘why?’ Answers weren’t expected, but some questioning would have been nice.

By Mike Bennie Modern conveniences do a multitude of useful things, but up until recently we’ve had to exercise patience...
© Onya Magazine 2009 - 2021
Back to top