Any Questions for Ben? 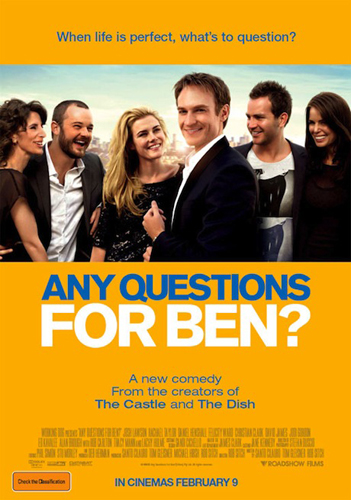 Any Questions for Ben?

The first film by the wildly successful Working Dog production house to hit our screens in twelve years comes from a peculiar place. Some fifteen years ago they were winning audience charm with The Castle, a tale of suburban “Aussie battler” pride and the miracle of a simple sponge cake. With Any Questions For Ben? the gears have shifted 180 degrees to observing inner-city woes of the affluent. It’s hard not to be taken aback by the sudden lack of audience perspective, especially at a time when phrases like “the 1%” and “occupy” have entered our daily lexicon and sympathy for the rich withers on the vine. While it’s hardly unacceptable to make a film about a handsome 27-year-old man who earns a six figure income by seemingly doing little at all and expect us to feel compassion when he realises that loft apartments and bar-hopping just isn’t satisfying anymore, it’s also not hard to see why so many people will cringe and dismiss it as the out of touch follies of three well off middle-aged white men – director Rob Sitch and his co-writers Santo Cilauro and Tom Gleisner. I enjoyed the movie and even I can’t put up a proper defence to the scorn that others have heaped upon it.

Josh Lawson (The Librarians) stars as twentysomething Ben who appears to “have it all.” However, upon being upstaged at a careers day lecture at his former school by classmates who have gone on to do far more worthwhile endeavours (UN ambassador, Olympian), he begins to suspect his life isn’t quite all he thinks it is. Such begins the quarter life crisis of Ben as he tries to find meaning in his meaningless existence and discovers… well that would ruin the limited amount of surprises this film has in store. Needless to say, that discovery involves sexy women, hip bars with free-flowing booze, and expensive sports cars. I guess that’s the price he has to pay, yeah? That I was smiling by the end is a credit to the cast, who really do elevate the project beyond its meagre premise. 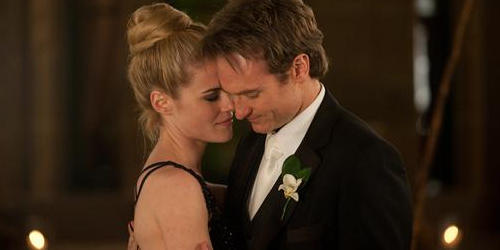 It’s not hard to figure out that audience appreciation of Any Questions for Ben? will boil down entirely to how they react to the titular character. Thankfully Lawson’s breezy and dryly-comic performance counter-balances his characters unfortunate whingeing qualities. He’s funny and sincere in equal measure and he works well opposite Rachael Taylor (Red Dog) who, really, should have been in the movie more. Was it considered too American to make a more standard rom-com, rather than the “comedy about romance” that its creators have called it? 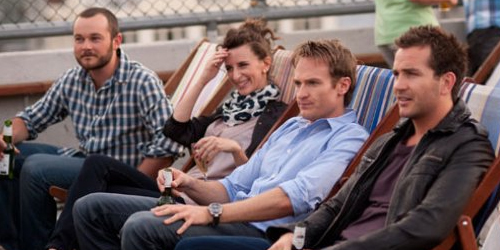 Even if Ben does fall victim to the curse of an unrelatable lead – well, unrelatable to anyone who can’t tell the difference between one vintage of champagne from another, I suspect – it certainly does it with bright-eyed enthusiasm and a refreshingly radiant visual style that Australian cinema is not frequently privy to. Don’t let it be said that Sitch doesn’t take every possible chance to show off the city of Melbourne as he and cinematographer Stefan Duscio all but stroke the southern capital’s eye-popping architecture with their camera. Whether they’re admiring the towering skyscrapers, weaving about throughout the city’s treasured laneways, parks and bars, or simply ogling the skyline from the banks of the Yarra River, they’ve made Melbourne look a million bucks. Not that I’m complaining about that, I love this city and it is so very rare to see it put on display in such a glamourous way. In fact, it’s so lovingly filmed that I have to wonder why so few other films have done it. Maybe they couldn’t afford the overhead helicopter prices.

It’s hard to truly compliment other areas of technical note though. The film would have been, I feel, infinitely stronger if the editing had been more rightly reigned. A long, protracted sequence involving Ben dating a Russian tennis player (Lilaya May, a finalist from Search for a Supermodel) with an aggressively competitive father (Alex Menglet, Killing Time) appears to be little more than a chance to shoehorn a celebrity cameo or two and to give them a reason to visit Rod Laver Arena. Music selections, too, are at times absolutely baffling with the constant soundtrack of pop-rock tunes from all over a time travelling FM dial inflicted upon our ears – from Zoe Badwi to The Dandy Warhols to Boston – it does little to change the perception that the filmmakers are stuck in some alternate time zone universe.

Still, I can’t deny that I left the cinema with cheer. It’s curious to admit on one hand to liking a film and then on the other hand admitting to completely understanding why others would not. It’s rarely hilarious – although Sitch keeps the funniest role for himself as a bored high school principal – but generally content to cruise along at its own pleasantly chucklesome pace. It’s certainly got the slick polish of an American production, which was an obvious pitch, but done with a more natural edge. That the characters have such a nagging lack of conflict is down to the frustrating screenplay, but what’s on screen is something occasionally quite sweet and affectionate. As life crises go, Any Questions for Ben? is a rather nice one.

Any Questions for Ben? is on national release from the 9th of Feburary through Village Roadshow. 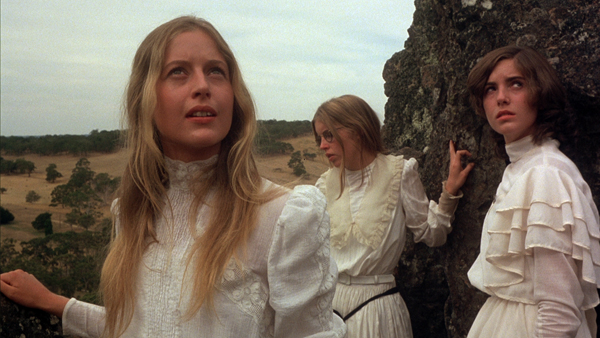 Book Two: Picnic at Hanging Rock - Joan Lindsay Having now read two of the Australian Classic Novels on my list I have...
© Onya Magazine 2009 - 2020
Back to top