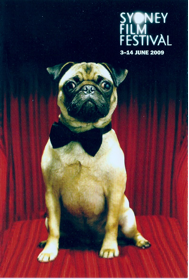 It’s that time of year again. Winter is upon us and with that the Sydney Film Festival will be rolling out the red carpet from June 3rd to June 14th. Despite showcasing a streamlined programme this year (down from 19 days to 12), the festival is packed to the rafters with premiere films and general cinematic goodness.

While the festival assuredly displays the cinephile scene for world cinema, and even brings down Terry Hatcher to walk the red carpet to lend a little Hollywood glam, the Sydney Film Festival is – most importantly – a celebration of our local industry.

There are a plethora of Australian films gracing the silver screen this June, so may this preview help you discover some local cinematic talent.

Missing Water is a very personal film by Khoa Do. Highlighting the desperate realities of Vietnamese refugees travelling to Australia in the 1970s and 80s, Do weaves a narrative and puts faces to the forgotten or ignored stories.

DOCUMENTARIES
2009 sees the festival launching an inaugural prize for Australian documentaries. FOXTEL has put $10,000 up for grabs and ten docos have been selected for competition. Ranging from Indigenous tales, to African refugees and the story of India’s first elite police woman, the diversity of these documentaries is a tribute to the worldly scope of our documentary filmmakers.
See the full line-up here.

DOCUMENTARIES (Out of Competition)

The Burning Season – Narrated by Hugh Jackman, Cathy Henkel’s climate change documentary is a trio of stories that centre around Indonesia’s ‘burning season’ – a time when farmers burn forests to make room for crops.

More cash is on the cards for Australia’s short filmmakers. Headlined by Dendy, these short films are vying for $19,000 worth prizes as well as a funky looking award by Dinosaur Designs. One of the great things about short films are their delightfully brief synopses. For example (and speaking of funky) the synopsis for The Funk is as follows:

Jack woke up in a funk one day. No one really knows how it started.

Read about the rest here.

$9.99 – This first Australian-Israeli co-production boasts the crème-de-la-crème of local talent…as clay characters. Geoffrey Rush heads a cast that includes Anthony Lapaglia and Barry Otto in a film he describes as “a claymation of Robert Altman’s Short Cuts.”

Cedar Boys – After the divisive film that was The Combination, Lebanese-Australians are again in the spotlight with Serhat Caradee’s debut feature Cedar Boys. The festival will stage the film’s world premiere, launching the story of a trio of friends lured from West to East and eventually to Sydney’s criminal subculture.

Last Ride – Glendyn Ivin’s superbly shot film about the journey of a father and son, one into darkness and the other, perhaps, into the light. Read my review here.

BLAST FROM THE PAST

Wake in Fright – As the programme proclaims, “Decades of dust have been blown off one of the greatest Australian films ever made.”  Fresh from the Cannes Classics World Premiere, the film will have a Q&A screening with director Ted Kotcheff.
***In breaking news, Kotcheff will also take part in the jury for the festival’s Official Competition. Other jury members are Rolf de Heer (as President), actress Miranda Otto, Danish director Lone Scherfig and German director Oliver Hirschbiegel.

There really is a wonderful line-up of Australian films on offer this year, so Sydneysiders, do yourself a favour and take the festival’s word for it: don’t try this at home.

For more information and a unique perspective on the Festival from a band of local film journalists, check out the brand new, home-grown film podcast: Worse Addictions

Participant Observation: Dispatches from the SFF

Thanks for the heads up. I’ve let the lovely Sandi know, but in the meantime, you can read more about Salt here: http://www.sydneyfilmfestival.org/Festival/Films/FilmDetails.aspx?id=16

By Jonathan Howcroft When Paul Hogan jocularly encouraged strung-out Americans to visit Australia in 1984 he defined a stereotype...
© Onya Magazine 2009 - 2020
Back to top