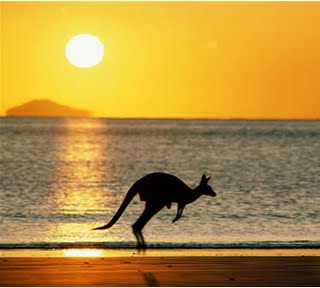 the world’s a stage, and all the men and women merely players,” says Jacques in As You Like It. Keep in mind, Shakespeare wrote this four hundred years before the advent of Facebook, and so it stands as the second most prescient line the Bard ever wrote. (It was, you will recall, only beaten by Rosencrantz and Guildenstern’s argument about people posting Lost spoilers on Twitter.)

But if Shakespeare is correct and life is one big play, who is the audience? Had he lived in the age of globalised media, he might have suggested Australia.

The Melbourne critic A. A. Phillips coined the phrase ‘Cultural Cringe’ around 1950, suggesting an inferiority complex stemming from our post-colonial upbringing. At first, this inferiority was in deference to the Mother Country: we were a lot like England, we thought, except our accents are broader, the weather is hotter, and the fact that we live here suggests that our grandfather had some sort of impulsive bread-stealing fetish. Despite those distinctions, early post-colonial Australia felt to some more like an extension of the British Empire than a nation in its own right.

These days, the Cringe appears to have evaporated from our personal identities, but it still exists in our art. Now, though, the Cringe is not just limited to the nostalgic idea of a British Empire. No, our inferiority is multi-cultural.

The majority of our art and entertainment is sourced from other countries. The mere fact that we have to track down an independent specialist cinema in order to see something our own compatriots produced should give you some idea of how we view ourselves. In part, it’s due to the Cringe, but it’s also an economic necessity. 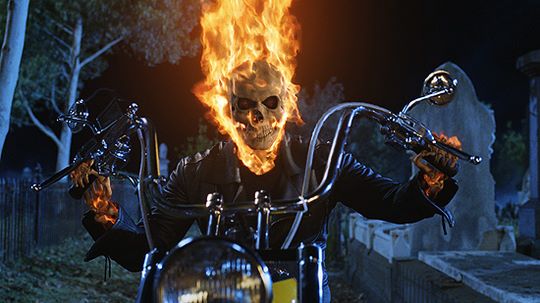 Our GDP is one fourteenth the size of the USA, and our population is less than a tenth. If you add to the USA’s population the number of global citizens who are entertained by the output of the USA, you end up with a much higher figure. And if you look at the fact that our films frequently have a hard enough time reaching local let alone international audiences, we find our country dwarfed by overseas behemoths whose culture has long pervaded our own.

This completely unsurprising revelation is terrific fodder for periodical writers who, facing the fast-approaching cloister bell of a deadline, find themselves scribbling yet another dirge on the, “Americanisation of our youth.” (Or, if they’re being either ironic or unwittingly hypocritical, the “Americanization of our youth.”) But the idea of a society permeated by foreign (not to mention physically distant) cultures raises far more interesting questions than whether teenagers should be wearing baseball caps backwards.

It’s a question that’s hardly, if ever, raised, because it’s such abstract and decidedly uncommon one: what is it like to grow up exposed to societies that are not your own?

Specifically, what effect does it have when you consider your own home to be a place where stories do not happen? Adventures and romances and hilarity are things that happen in America, in England, in Europe, hell, even in Space; Australia is the gallery, the front row seats, the nosebleed section, a specially-made country to enjoy the output of the world.

If you grew up with this sensation – and now is as good a time as any to point out that this article does not pretend that its thesis is universal – it will not seem at all odd. As Douglas Adams once pointed out, “Anything that is in the world when you’re born is normal and ordinary and is just a natural part of the way the world works.” Such an ingrained experience is difficult to analyse, and forces me to question how the other side lives. 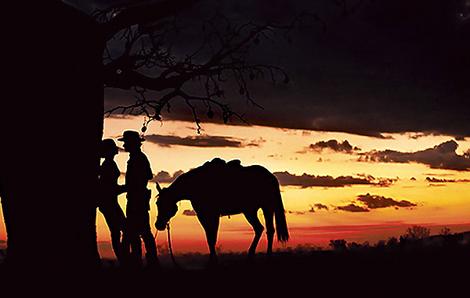 What must it be like to have grown up and live in New York? Is it odd seeing your city feature in so many prominent works, from Woody Allen’s oeuvre to Seinfeld to 75% of all cop shows? How does living in a city affect your perception of a film set in that city? Is the intangible romanticism of distance lost, or is the ability to identify with the lives of the characters heightened? As Onya is hardly in the position to perform a double-blind case study to find out, we can only raise these questions. But, no matter how familiar we may believe it to be, New York, to many Australians, may as well be the planet Hoth.

Obviously, Australia has seen itself on the big screen many times, but in many cases these depictions are equally unfamiliar. More often than not, Australian films feature the Outback: red, sandy, unique and beautiful, it’s not hard to figure out why film crews make the trek to The Middle Of Nowhere to set up their tripods. These beautiful locations may as well be the beautiful locations of the Sahara or the Gobi Desert. Sixty per cent of Australians live in urban, coastal cities – the same coastal cities that feature the independent cinemas most likely to play gritty Australian films – and, long childhood caravan holidays aside, they do not recognise this terrain first hand. Not recognising the terrain doesn’t mean they can’t identify with the characters or relate to the story, but it does suggest that even the majority of Australian films don’t reflect the lives of the majority of Australians.

Although many international films shoot in Australia and feature those deep red expanses, it’s an odds-on bet that they’re actually just here for the tax breaks. Hollywood films tend to feature our cities prominently, although the manner in which they do so can provoke a schizophrenic reaction. Opera houses and coathanger bridges aside, we have practically no urban landscapes that are familiar to overseas audiences, and so our generic, non-famous buildings can easily double for the buildings of more famous cities. With the notable exception of Vancouver, Melbourne and Sydney are perhaps the only cities in the world that are performers in films, more often than not acting as US counterparts than themselves.

If a filmmaker wants to really show off New York, he has little choice but to go to the actual New York, as even remote Kalahari tribesmen can draw the skyline by memory. But when it comes to the close ups, you may as well save some money by filming in Australia: keep the buildings out of focus and well in the background, and hey presto – they’ve passed for Random American Coastal City. 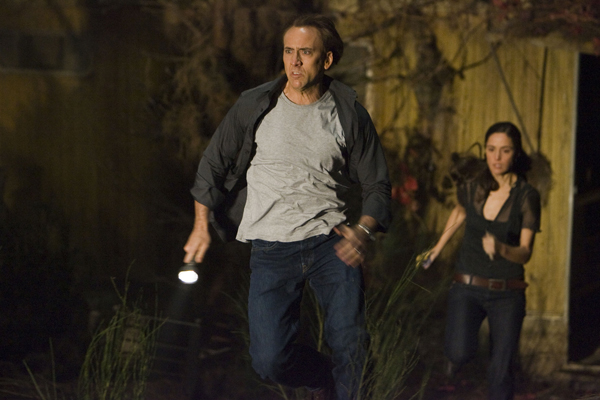 There were many reasons why it was difficult to take Australian-shot Hollywood films such as Mission: Impossible 2, Ghost Rider and Knowing seriously, not least among them being the recognisable local landmarks. When Knowing tells you Nicolas Cage is having a drink with Rose Byrne in Massachusetts, yet the café they’re sitting at is only a couple of blocks from where you’re watching the movie, it may well take you out of the film. (And, given the quality of Knowing, being taken out of it is but a small mercy.) The fault doesn’t lie with filmmakers for shooting here, nor with audiences for the unexpected appearance of their office building in a “Los Angeles” street; in fact, there’s no fault here at all. It’s merely a symptom of not seeing one’s own town up on the screen with any frequency or regularity. It stands out because it’s a rare occurrence, and it makes us wonder if our American counterparts suffer the same sort of fourth wall breakdown when they see a landmark they just had lunch at pop up on the screen.

Between our dual identity of country and continent, as well as our geographic isolation from most of the rest of the world, you would assume that we’d be entirely consumed by our own unique culture. Although there’s no denying our cultural identity is distinct, it’s hardly all-consuming. The rise of radio, then cinema, then television, then the internet has had a melting pot effect; with every passing year, the entertainment of developed nations becomes just that little bit more identical, and if you live in a country whose financial resources seem comparatively limited, you’re going to be bathing in American films and British sitcoms whether you like it or not.

We are makers, yes, but also observers. The way we observe the world is unique; we share a border with no one, making us the closest a country can get to being an objective observer. The world may be a stage, and the men and women all players, but tucked away in the corner of the world is an impish young nation rolling Jaffas down the aisle. And if that doesn’t sum up the Australian experience, I don’t know what does.

funny you mention that, i’m actually watch Knowing in the background while i type this.
on the upside of the trend: the beaches featured in Where The Wild Things Are were sourced from Flinders’ Beach where my Dad lives, and where i actually spent the majority of Max’s age growing up. i have yet to see the film, but i think this particular bit of nostalgia, against incredible odds of such an unlikely coincidence, will serve to heighten the experience for reasons entirely unintended by the filmmaker.
so there you go…

By Sarah Kempson The inaugural Blondes to Brunettes RMIT fashion friendship was launched last night with the pop of a champagne...
© Onya Magazine 2009 - 2023
Back to top