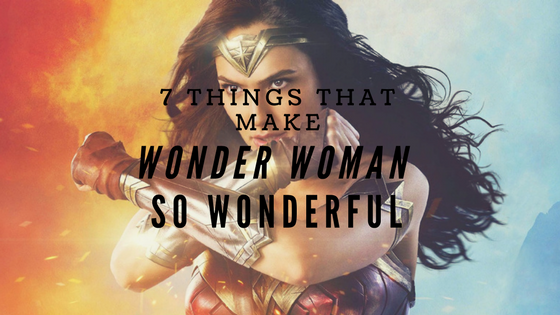 The newest superhero flick didn’t even hit the theaters when the rumors started spreading about what a masterpiece it is. People have been waiting to see Wonder Woman on the silver screen since Batman v Superman and knowing the potential of Gal Gadot and Patty Jenkins, we knew Wonder Woman would be a hit. Pushing superhero tropes to a new level gave female superheroes their well-deserved place under the spotlight and here are seven reasons why this movie is so wonderful.

A proper lead is the most important thing in a superhero movie. An impeccable cast can turn a mediocre, unknown or unloved superhero into something that people all around the world will adore. Comic book fans loved Deadpool, Black Panther, and Star-Lord, but movie fans simply adore them thanks to the amazing actors who portray them. The same goes for Wonder Woman: Lynda Carter set the bar pretty high, but Gadot proves she’s the right choice. Although not being the director’s first pick, she turned out to be a powerful lead that truly embodies the Princess of Themyscira.

Speaking of directing Wonder Woman, Jenkins deserves the praises. Directing superhero movies has lost its value since Tim Burton’s Batman and rarely have directors achieved excellence – except Christopher Nolan, of course. Jenkins was absent from Hollywood after writing/directing Monster in 2003, but she fit into the superhero genre wonderfully! Combining stunning visual effects with a powerful backstory and touching romance, and topping it all off with her signature storytelling style couldn’t result in anything less than excellence.

What people seem to respond to in this version of Wonder Woman is her philosophy – she’s not pretending to be a man or looking for someone to rescue her. In other words, she’s neither a damsel in distress nor a hard-core feminist. She’s just a girl trying to save the world, and that’s it! Technically, as a demigoddess, she wasn’t born a woman, and being raised in a hidden community, she has no social norms to succumb to, which means she can be free and do what she thinks is best – rushing across no man’s land to show her altruism, for instance.

Superhero movies are full of CGI and this one’s no different. Its slow-motion fight sequences and aerial shots of Themyscira, London, and Belgium will astonish every viewer. Paying close attention to details, Jenkins managed to make every scene count, even for the pickiest audience members, but just imagine how satisfying watching Wonder Women at home will be! Setting up your own home theatre, making popcorns, turning the volume up and enjoying the bright colors will definitely be an unforgettable experience.

Raised and trained by the best women of the Amazons, Diana had everything necessary to become the Wonder Woman: a remarkable support from her mother, a loving home and a badass aunt that taught her how to fight. Later, on the Western Front, she’s surrounded by Steve Trevor and his band of brothers, the best comrades one could hope for. Having great backup behind her, Diana can realize her full potential. This shows the significance of a supportive community for a person’s development, especially when it comes to learning how to resolve problems when you’re a part of a group.

Speaking of Wonder Woman’s entourage, their effectiveness comes from awesome casting choices – Connie Nielsen, Robin Wright, and Chris Pine. And having Ewen Bremner channeling his inner Spud is always priceless! And as if this wasn’t enough, the production made sure the Amazon warriors were played by real-life professional athletes and the best stuntwomen in the business.

This is the first female-led superhero flick directed by a woman – finally! Bringing back the girl power after disappointing Catwoman and Elektra, Jenkins showed how movies are supposed to treat a female lead. There are lots of amazing female superheroes who deserve their own stand-alone movie and will surely get it after this one’s success.

To conclude – Wonder Woman is essentially a coming-of-age/origin story that’s a huge victory for all the women out there. It portrays a woman’s integration into a male society and her ability to stand out in the best way possible. And in this world, that, unfortunately, still looks down on women, it’s important to shift the paradigm.

Culinary Heaven: 5 Top Eats To Check Out In Adelaide 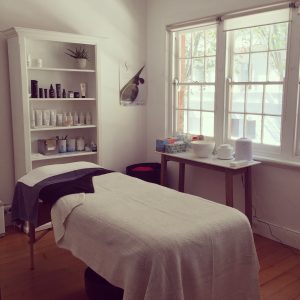 Having a natural approach is the latest craze, in well, every aspect of life. From organic food to cruelty free make up, it’s...
© Onya Magazine 2009 - 2021
Back to top