Drawn To Change: Calling For A Creative Counter-Culture 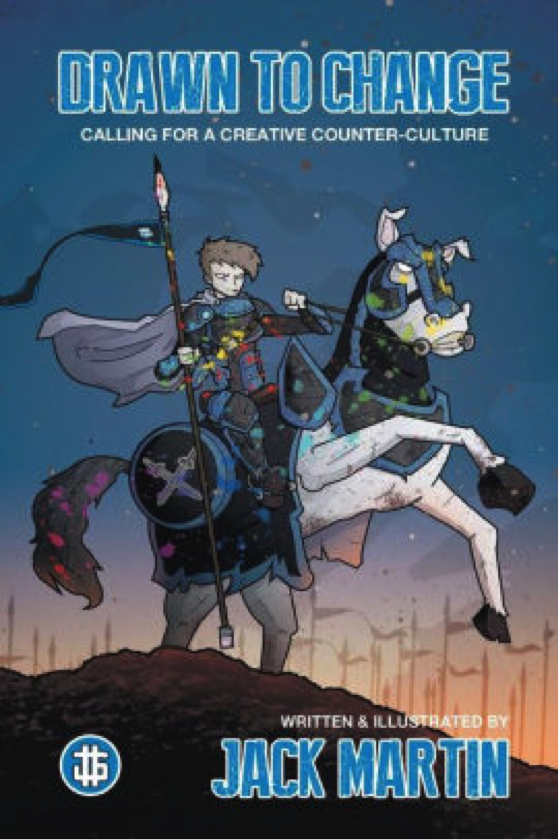 “Creativity is the one of the most important traits that separates humans from other species; it is a gift which I believe everyone has.”

Creative Media graduate Jack Martin often ponders what he views as a disturbing contradiction in the creative arts field. Whilst studying, he found that creativity, synonymous with free thinking, originality and imagination is often judged within, and analysed against, the confines of strict, standardised criteria. To try and justify this contradiction, Jack began writing. Originally, this writing was intended to form a five-to-ten-page illustrated booklet he would take to job interviews as an example of his work. Once he started, the words poured out of him for three weeks, and ‘Drawn To Change: Calling For A Creative Counter-Culture’ was born. Jack once collaborated with his friend Jack Munroe and pays tribute to his contribution by using the pseudonym Jack Money for his art.

Given Jack currently works as a freelance graphic designer it comes as no surprise that seventy-eight illustrations are included in ‘Drawn To Change’. The novel is divided into three parts: ‘Problems’, ‘Solutions’ and ‘Artistic Futures’ Each spread of the graphic novel explores a topic, a societal norm such as money, language, education, difference, or attitude which may prevent us from being open to creativity and new ideas. Martin, who hails from far south NSW hopes to encourage the reader to think in an existential manner:

“It’s not to say that people will agree with everything I write, but my aim is to strip away for the reader everything they consider normal; to break down prejudices and loosen up the value systems that we so often cling to. This will give readers a space to form their own ideas.” 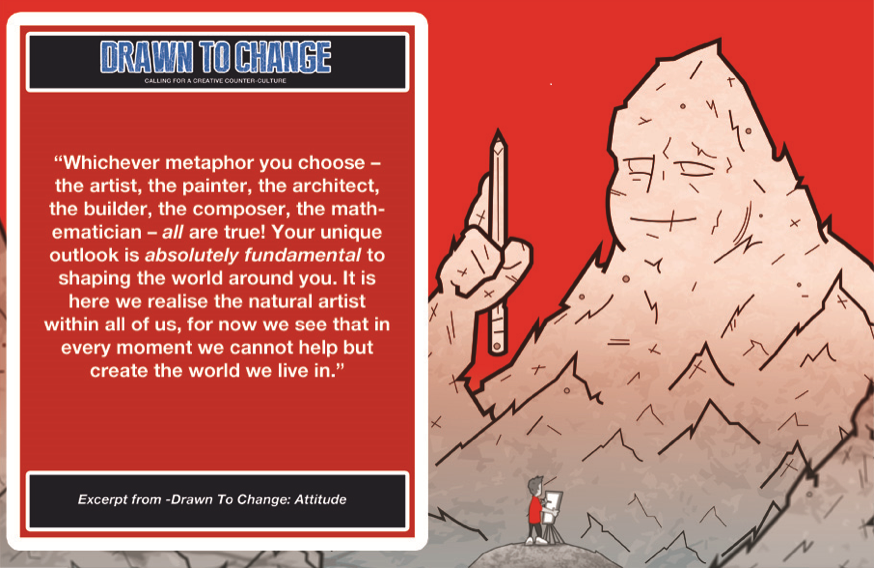 With the birth of automation and the power of technology increasing exponentially, Jack believes many jobs and hobbies will soon become redundant, meaning we will be forced to re-examine our passions, interests and values. For the last seven years, Jack has focused on reading books in the science and philosophy genres, ensuring that with everything he reads, he is adding to his knowledge and sharpening his perspective on the world. He has recently immersed himself in the philosophy of Alan Watts and Jiddu Krishnamurti’s classic ‘Freedom from the Known’.

Collating content took two years with the illustrations taking eighteen months of that time. However, that effort was soon outweighed by the positive feedback of friends and family, the overwhelming theme of which has been that ‘Drawn to Change’ has “changed the way I see the world”.

You can order ‘Drawn To Change: Calling For A Creative Counter-Culture’ on Angus & Robertson and Kobo.

Jack has three main artistic inspirations: Patrick Brown the concept artist for video games; Jim Lee, artist for Marvel Comics; and Boneface, who completed album art for the new Queens of the Stone Age release. He will channel these artists in his new project about superheroes.

Bring Mindfulness To Your Active Lifestyle with Luna & Soul Active 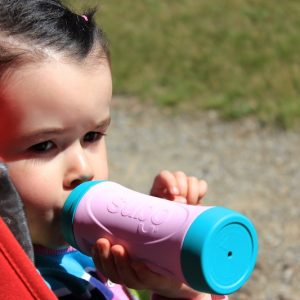 Subo is the essential Food Bottle and toddler product no parent can do without. How do you quickly feed your kids nutritious...
© Onya Magazine 2009 - 2021
Back to top