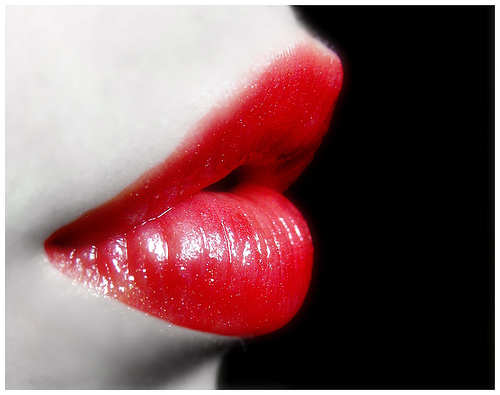 “Here’s what I think!” I yelled from the doorway to the study, “You’re scared.” A look of discomfort emerged from his fierce brown eyes as he stopped moving towards me, and instead took a hesitant step back. “You’re scared because you can no longer control me; what I think, what I wear, how I act. I decide all that now. You are scared because I am capable of intelligent thought.”

He smirked, trying to hide the look of fear I could see sneaking its way back into his lips, his eyes. “Shut up. You do what I tell you to do and that’s it. If I say jump babe, you better ask how high. Got it?”

I laughed hesitantly, trying to sound a lot more confident than I was. My legs were shaking. “Fuck that. If I’m going to jump, I want some pretty damn good reasons. Got it?” I felt physically sick. I had never really stood up to him like this before.

“Don’t back chat me woman,” he slithered, walking toward me once again. He pointed to the lifeless body sprawled across our cold tiled floor. I was trying to forget that she was there; cold, limp, dead. Tears began to stream down my cheeks again. “Now help me move the body, okay?” His voice suddenly sickly sweet as he placed his arm on my shoulder, his face so close now I could feel his hot breath on my neck. My eyes fought with my mind; wanting to wander over to the body on the floor, but scared as to what I might realise if I stared to long. Maybe if I ignored it, it would just disappear, as if in a dream? I looked, she was still there.

“She’s not going to get up and walk out the door honey,” he sneered sarcastically as he placed his rough hand under my chin, noticing my eyes glued to her body. His right hand gripped my forearm and as I tried to squirm he thrust me forward, out from the comfort of the doorway. I wanted to scream, to fight back, to run. But none of that would’ve done me any good. I married a strong man, a fire-fighter. He could snap me like a twig if he wanted to. I succumbed to his fierce grip as he dragged me down the hall to where she lay. He pushed down on the back of my head with one strong hand and held my arms around my back with the other. I cried out as I felt my knees hit the tiles and my face thrust toward hers. “Kiss her now,” he sneered, “come on, kiss her.”

Her blank eyes looked up at me; as if pleading me for help. Her lips were drained of all colour and her once rosy cheeks were sunken and pale. “Please don’t,” I croaked, trying to hold back the tears that were beginning to seep out, stinging my eyes. “Please,” my voice now barely a whisper. He laughed callously, as if enjoying my pain, and as I felt his knee dig into my back my face was pushed onto hers; my knees slipping in the large pool of blood seeping onto the tiles. Now the tears wouldn’t stop.

“Now, Monica, do what I said. Kiss her.” The voice from behind me scoffed. His voice was one I could no longer recognise; it had changed; grown colder, as if void of all human feeling. Heartless. My lips touched hers, they were icy, lifeless…I wanted her back.

Good gravy Jess! You are one marvallous, talented writer!
I ♥ your writting. I miss how in spare I would read your stories.

Can’t wait the read the rest!

ps. I Love the photo!

Wow. I am riveted. Impressed, astounded and spellbound.

I knew you were a great writer but this…. this is amazing.

Keep them coming. I need to know what happens next

Please ma’am, can I have some more?
You’ve go me hooked now, and I can’t wait for the next installment. Well written, and filled with emotion. Without giving to much away…. The makings of an inticing and addictive thriller/mystery, from an amazing, up and coming young writter.
Looking forward to seeing where this goes!

This post was mentioned on Twitter by OnyaMag: Check out the first installment in our four-part crime crime/thriller serial: https://www.onyamagazine.com/articles/serial-story-arson/…

Seriously wow. That was completely amazing. i loved it. i didnt know you could write like that!