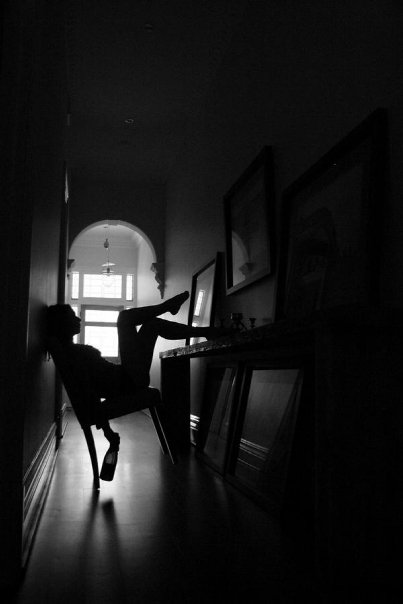 As soon as my lips touched hers, my mind began to wander. I could feel her warmth once again, see her infectious smile, touch her soft skin.

I could remember the day we met. I was nervous walking into that large hall all by myself but as soon as I sat down amongst the other women I felt like I was at home. They welcomed me into their group with open arms. I felt safe, like I had found a place of refuge in my sometimes chaotic world. It may have only been a book club, but it felt like more than that to me. Hollie was the only woman in the group I really ever payed attention to; when she opened her mouth, her voice was all I could hear.

Before the book club I never thought about political issues. I just went along with everything Rob said. I’m a Liberal, I support the war, I am this…I am that. I am Rob. Rob even controlled what music I listened to and what I wore, and I let him. I would agree with him for fear of starting an argument.

But Hollie, she bought out this side of me that had been repressed and buried deep down within myself. Even after the meeting had been adjourned we would sit there for hours discussing Kevin Rudd’s health policy and Tony Abbott’s ridiculous stance on climate change. She respected my opinion, listening intently. She didn’t dismiss and trample my thoughts and ideas, but nurtured them, encouraging them to grow.

Our conversations became longer and longer and we covered even broader topics; sometimes dismissing politics and books altogether. We talked about how many children we wanted, what we hoped to teach them, what we had planned to do with our lives before we had gotten married, our first kiss…

“Snap out of it bitch!” the sharp voice abruptly pulling me out of my visited memory. I looked up at the blurry figure standing over me. My cheeks felt tight where my tears had dried and as I sat up I felt a warm liquid trickle down over my lip. I was bleeding. The bastard hit me. My vision slowly came back into focus and I remembered where I was. My beautiful Hollie was lying beside me in a thick, rich pool of her own blood and there was nothing I could do to bring her back.

I saw Rob walk into the lounge room, bending down to pick something up off the floor. I turned on my side and clutched at my head as I began to feel dizzy. Her eyes were still open. Cold. Blue. Staring at me. Pleading with me. Run, she screamed, get away from him. But I didn’t want to move. I didn’t want to leave her.

A Matter of Effort in The Love Stakes

Yay! I’ve been waiting to see this continued. Nice twist there with Hollie – after the first part I had thought that the woman was the narrator’s daughter, perhaps, but now I see not. I love that you’re slowly weaving in the details of the crime. I cannot wait to see this continued next week!

You have a way with words and intruiging description

Loving the suspence…keep it coming Jessica!

The flashback style memory is a well written, informing of the aspects of “past”, while keeping readers firmly in the grips of the stories “present”. Not always easy for an author to pull off, but your transition was fantastic!

Melbourne’s entertainment and nightlife scene is something I would call lost in translation. Finding an identity...
© Onya Magazine 2009 - 2021
Back to top