Cinderella The Magical Musical Is Coming To Sydney

Rodgers and Hammerstein’s wild success of creating timeless musicals and taking them all over the world has extended into the magical musical Cinderella, now coming to Sydney Capitol Theatre in November 2021.

Opera Australia and John Frost have announced that due to the success rate of The King and I and South Pacific musicals, Cinderella the musical will be produced, for the first time, in sunny Australia, in none other than the city of Sydney.

From the creators of The Sound of Music and Oklahoma, Cinderella is the Tony Award-winning musical that the audience has enjoyed since its creation as a children’s fairy tale.

There is no doubt that Cinderella has impacted the modern world. She was an inspiration for Alexis Mabille in his 2015-2016 fashion show. In the film industry, the fairy tale featured in several adaptations such as A Cinderella Story: Christmas Wish in 2019 and Cinderella in 2015.

The musical coming to Australia features an exceptional orchestra, incredible transformations, and well-loved moments from the famous fairy tale such as the pumpkin scene, the glass slipper famous scenario and love scene, the masked ball, and so on.

The creators also hint at surprising new twists and claim that they have taken a modern spin to the tale, which is extremely exciting! But not to worry – Cinderella is still transforming from a chambermaid to a princess!

Get ready to be transported back to childhood sweet memories as you re-engage with some of Rodgers and Hammerstein’s most popular songs, including In My Own Little Corner, Ten Minutes Ago, and Impossible/It’s Possible.

Originally written for television, Rodgers and Hammerstein’s Cinderella debuted on 31 March 1957 on CBS and starred Julie Andrews in the leading role. The actress scored an Emmy Award nomination for her brilliant performance.

Since then, Cinderella was remade in 1965, again for television, and starred Lesley Ann Warren as Cinderella, Ginger Rogers, and Walter Pidgeon as the royals, and Celeste Holm as the Fairy Godmother.

In the famous remake of 1997, Whitney Houston starred as the Fairy Godmother; the Stepmother character was played by Bernadette Peters, the Queen by Whoopi Goldberg, and Lionel by Jason Alexander. The musical debuted on Broadway for the first time in January 2013 and ran for two years, directed by Mark Brokaw and featuring a new book by Douglas Carter Beane.

The premium of this fairy tale in Australia was secured exclusively for Sydney by the Government’s tourism and major events agency Destination NSW. Sydney is, by nature, the city of the stage in Australia, and it has been a leader in the world of production.

Trying to build its calendar of events back up again after the pandemic, Cinderella is the perfect musical to keep audiences engaged. The Government anticipates the production to attract more than 20,000 visitors to Sydney.

Rodgers and Hammerstein’s Cinderella provides a romantic and thrilling experience for anyone who wishes to relive childhood memories with a modern and contemporary twist! Tickets are already on sale, and you can purchase them from www.cinderellamusical.com.au. 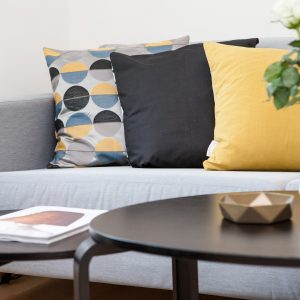 Cozy winter decorations are an excellent way to bring in warmth during the frosty weather. As the mercury dips down,...
© Onya Magazine 2009 - 2021
Back to top