The Weatherman has lost his umbrella and it is up to spoilt eight-year-old Sarah to find it in Anne Richey’s story The Weatherman’s Umbrella. With the book available on Amazon already, and a play and film in the works, this story was inspired by and set in Bruno’s sculpture garden in Marysville.

Sarah is a young and spoilt city kid staying at her great-grandfather’s house in Marysville on her birthday, while her parents attend a wedding. Frustrated by the lack of electricity and junk food in the house, she sets off to find a shop, but gets lost in the forest on her way. After meeting the Weatherman by chance, Sarah sets off to find the umbrella. She is tested, tempted and taught by many fascinating creatures she meets along the way (each based on sculptures found in Bruno’s sculpture garden) in her mission to bring rain to end the drought.

The idea for the story came to writer Anne Richey as she drove out of Marysville. Anne was a film journalist covering the National Screenwriter’s Conference. As she was leaving town the head gasket blew on her car and the engine overheated leaving her stranded on the side of the road. As she sat helpless, people that she had met at the conference stopped to help her, including a number of high profile writers and directors. 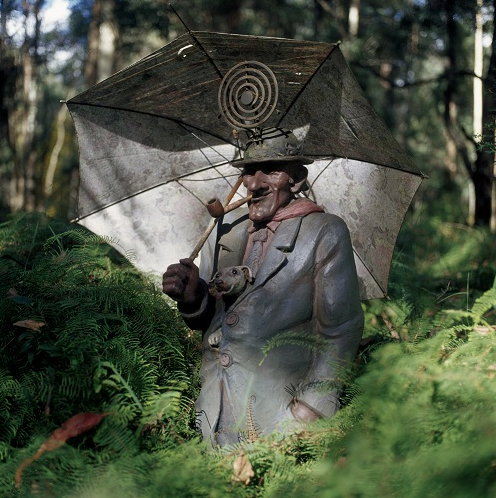 A year or two later, Marysville was devastated by the bushfires. Although she wasn’t in Marysville at the time, Anne was familiar with the area so she followed the news to see what was happening in Marysville.

Anne has gotten some very high profile people on board with the film, including Don McAlpine, a well known Australian cinematographer that has worked on many Hollywood titles such as Romeo + Juliet, Moulin Rouge, Chronicles of Narnia: The Lion, the Witch and the Wardrobe, Predatore, Mrs. Doubtfire and X-Men Origins: Wolverine. Peter Carrodus, editor of Round the Twist and Secret Life of Us is also on board, as well as former Marysville local, composer Martin Cox.

“I met Don at the Melbourne Film Festival. We were introduced, and I explained The Weatherman’s Umbrella to him. He seemed interested, so I forwarded him the script. He loved it and decided to get on board,” Anne said.

Anne’s connections and career as a film journalist is helping her on her mission of bringing her book to life.

“It’s a matter of being at the right place at the right time. Seeing the people that I’d interviewed as a journalist and the passion that they had for their craft inspired me, and these people have helped me along the way.”

The project has received nothing but positive feedback thus far.

“So far it’s been a blessing. It’s been fate. I’ve met with the Marysville Cultural Committee and they’re on board. I’d love to involve locals as much as possible in both the play and the film,” she said.

Anne’s passion for the project is inspiring, and the story is captivating.

Anne’s vision is for the play version of The Weatherman’s Umbrella to be performed along a track near Bruno’s garden in Marysville, involving locals as well as professionals. The director of Wind in the Willows in the Botanical Gardens is on board with the play. 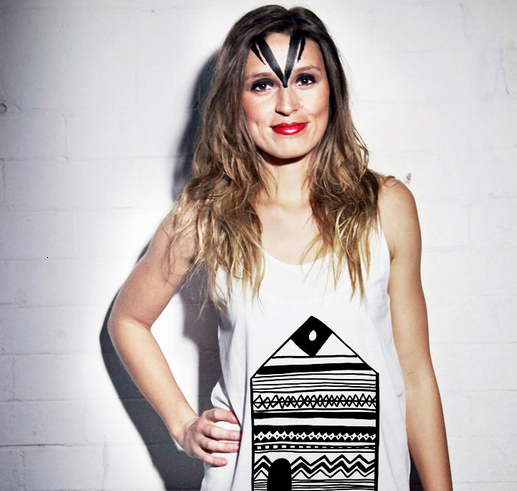 O’Shirt has teamed up with the Botswana Orphan Project (BOP) for their fifth campaign in raising awareness and funds...
© Onya Magazine 2009 - 2021
Back to top