Germaine Greer: ‘On Consent’ (And Why She Needs To Move With The Times)

It’s not every day one is witness to protesters storming the stage of the Melbourne Convention and Exhibition Centre. Then again, it’s not every day one is in the audience of a Germaine Greer lecture. Greer’s speech was hijacked for a short time by a small yet vocal group of students expressing their disgust at her widely rejected opinions of the transgender community. Giving an insight into how often she must be confronted by such a scene, Greer did not so much as flinch when the chants of protestation began.

As part of the promotional tour for her controversial essay On Rape, notorious second-wave feminist Greer was invited to Melbourne by The School of Life on September 6, to speak on the topic of consent. The event seemed to be mis-titled though, for early in her speech, Greer spoke of her hesitation around the use of the word consent. She believes rather than consent, which suggests Christian from 50 Shades of Gray, we need to focus on understanding desire. An air of unease set in early where Greer says:

“I hate the word rape, I have suggested that it be replaced with sexual assault.”

Greer argues the burden of proof for rape as it now stands is too high and therefore few convictions are made. The problem is that if the burden of proof is lowered, by Greer’s thinking, it follows that the sentences would be reduced. She suggests that the probability of a conviction will increase if the elements of assault which accompany the rape are considered separately in a court of law to the act of rape, where consent can be difficult to determine. Greer believes that this would result in more convictions, as it is easier to prove assault. However, many critics point out that it may be impossible to tease out physical as opposed to psychological ramifications.

In her essay Greer defines rape as ‘penetration of the vagina of an unwilling human female by the penis of a human male’, an objectively narrow definition given the scope of rape recognised by most legal systems in the Western World. Greer is angered by society’s attempt to de-gender rape, believing that to do so would: “…obliterate a whole slap of history in which the manipulation of women was essential to the survival of any group.” In historical terms, rape meant ‘a woman is stolen, abducted by an outsider male’. Once she is subjected to rape, she is no longer pure and is therefore rejected from her community with few opportunities available to her. She is made to feel ashamed.

If the woman does choose to report the crime, she is effectively asking the patriarchy to intervene on her behalf. She is not party to the action but rather used as a piece of evidence to determine whether a crime has been committed against the state. The Istanbul convention on preventing and combating violence against women states that all non-consensual sex is rape, however Greer believes this is an impractical standard to uphold.

For Greer, the line between consent and relenting/giving in to keep the peace, is blurry. She cites several anecdotes in which people who were unwilling participants in sex did not recognise their experience as rape. She believes that the different way each gender approaches sex combined to the lack of communication mean that ‘heterosexuality is doomed’:

“Women in search of romance are coming to grief at the hands of men who are after conquest.”

Stranger rape is very rare and therefore Greer posits that: “society has overdramatised the effect committed by the penis”. She argues it is more emotionally damaging when a female is objectified, neglected and treated with a lack of tenderness by a male partner who claims to love her. By distinguishing between different types of rape and labelling that which involves relenting as ‘non-violent’, Greer fails to recognise that a lack of physical evidence such as bruises does not equal no violence.

Greer argues that society needs to refrain from pathologizing rape and that one shouldn’t carry the experience of being raped as part of their identity. This is an ill-judged comment as it assumes that each survivor of rape experiences the aftermath in the same manner and seems to put the responsibility on the victim to ‘get over it’.

A criticism of Greer’s appearance for The School of Life is that for all the issues she points out which accompany society’s treatment of rape, and all the sweeping generalisations that land her in the headlines, she offers very few solutions.

In a recent interview with Leigh Sales, Greer says she is not affected by the controversy by which she is so often surrounded:

“Look, I’m a teacher. The only thing I want people to do is think and if that means they disagree with me, fine, then let’s disagree.”

And, to pay credit where it is due, she has succeeded in making me think. Unfortunately, my thoughts have one common thread: Germaine Greer has not moved with the times as much as is needed for a feminist academic of her calibre. 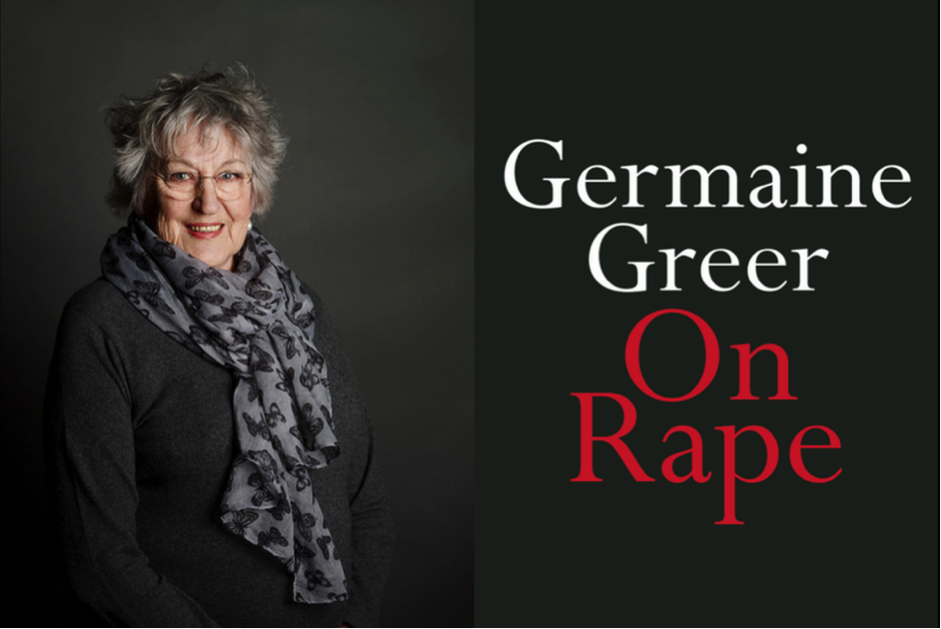 On Rape is a publication of Melbourne University Press (2018).

The Foods You Should Be Buying Organic: Avoid The Dirty Dozen 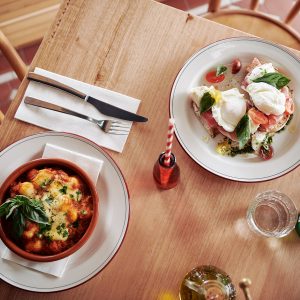 Since opening in 1976 in the heart of Richmond, three-generation family run business Laikon Deli has been providing traditional...
© Onya Magazine 2009 - 2021
Back to top