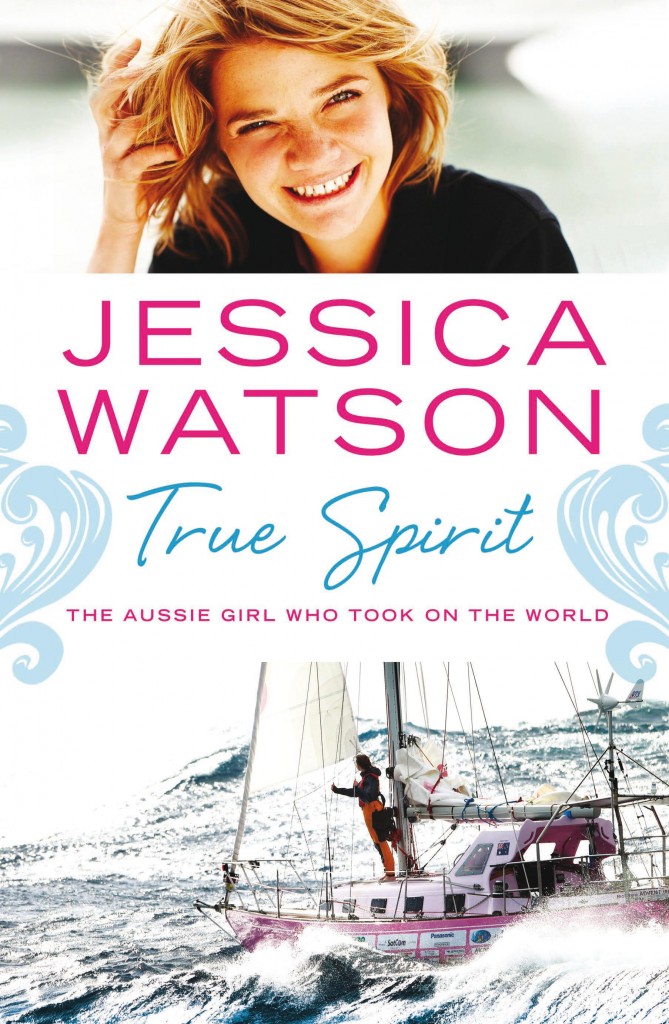 What is it with the youth of today?

Forget the snide backtalk and partying all night.

No, they’re off attending medical school or receiving nominations for the Nobel Peace Prize. Or, in the case of Jessica Watson, they’re sailing solo around the world and penning bestsellers to boot.

True Spirit chronicles the true story of life at sea for Watson, and the twists and turns of the road she takes to get there. At just sixteen, doubts are cast over her sailing ability and intentions, with critics deeming her too young and inexperienced to circumnavigate the globe alone. Things take a turn for the worse when a collision with a 63,000-tonne bulk carrier takes her further off course before she even crosses the start line.

Nonetheless, with the help of a trusty team and the support of a nation behind her, she grits her teeth and soldiers on. After years of extensive mental and physical preparation, she leaves her loved ones behind at Sydney Harbour to set out on the ultimate challenge – to sail solo, unassisted and non-stop around the globe.

Aboard Ella’s Pink Lady, Watson takes the reader on an epic journey spanning 210 days and 24,285 nautical miles, from the heat of the Pacific to the wild waters of the Atlantic. With an endless expanse of ocean ahead of her, she revels in a newfound sense of independence and freedom, warbling off-key to the tunes on her iPod as she watches the world go by.

It isn’t all smooth sailing, though. Along the way, the perils of her voyage rear their ugly heads as she braves mammoth swells, electrical storms and gale-force winds. Solitude and sea put her courage and nautical know-how to the test, and it is a battle between mind and matter to the very end.

True Spirit provides the reader with a poignant account of how one girl chases after a dream in spite of all the knockdowns, at sea and otherwise. Watson surpasses the expectations of those who underestimate her, showing a level of skill and maturity well beyond her years. She proves that anything is possible no matter what labels one is ascribed to.

“I am not special,” she proclaims.

“I’m just an ordinary girl who believed in a dream.”

An inspiring read, Watson’s narration reminds us never to let fear get the better of us – because it is in dreaming and true spirit that we are led to great things.

A Kiwi Moves to Melbourne

I was able to quickly read Jessica Watson’s vivid account of her round the world voyage on Ella’s Pink Lady. Why quickly? It was because I had followed her voyage almost from the beginning and read the blog updates almost every day and posted comments quite often. Therefore, much of it was revisiting familiar territory while living her adventure again. “True Spirit” is a unpretentious account of a young girl that had a dream and meticulously charted a course to realize and accomplish that dream which she did on May 15, 2010 when she sailed back into Sydney Harbor. Her odyssey was the culmination of years (yes years) of planning, preparation and training in order to sail smart and with caution. This was in no way a spur of the moment decision. In the book, a reader will quickly realize the enormous support and encouragement she received from her family, her friends and professional sailors as she untiringly soaked up information she would need. This approach carried her through some absolutely terrifying moments where she experienced six knockdowns from brutal waves of 10 meters height and more. Alone at sea for 210 days, she experienced highs and lows but with maturity beyond her years, she constantly battled through and rose to meet any challenge the sea could throw at her. She aptly defines inspiration and in doing so has become a role model for young and old alike.