‘My Life Story’ by Ben Cousins 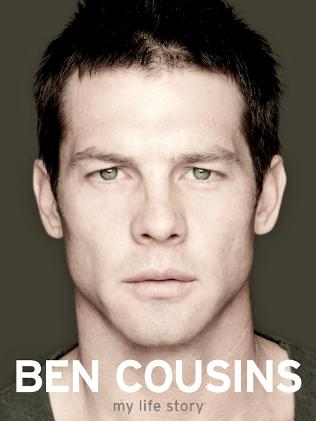 The name Ben Cousins usually brings about a myriad of conversation – not a lot of it positive. In recent years Ben has been at the top of his game, an AFL star recruit and Brownlow medal winner, captain of his team and winner of a Grand Final. A poster boy – one boys’ aspired to become and one girls aspired to be with.

But everything in Ben Cousins’ life was, essentially, a lie. Ben Cousins is a drug addict, by his own admission. In 2010, his life is beginning to resemble that of a functioning human being, but in the years preceding, Ben was a shattered puzzle, a control freak with an addiction he sought to control through excuses and careful planning.

Ben Cousins’ life has been well documented the press. The media love a scandal and Ben Cousins was among one of their more juicy AFL stories – a good boy born and raised in the West, a footballer with a unique talent and an individual so driven to succeed, he would stop at nothing to be the best that he could be.

The best that Ben Cousins could be was always laying himself a new challenge, making things harder and always striving to be better than before. Drugs were simply a part of this pattern.

I read Ben Cousins life story with trepidation. I’ve read the stories in the media, tut-tutted at his behaviour and wondered how someone so blessed with talent and good luck could throw it all away for the sake of a ‘good’ night. I think we always want to see the best in people, but I wondered how anyone could act the way Ben had acted, treat people the way Ben had treated people, and still manage to get away with so much.

After finishing the book – written for those who might not read so much, in short sentences and easy to digest chapters – I almost felt sorry for Ben. I do believe he made his own choices and that at times – a lot of times – those were the wrong choices – but there are times in the book where your heart feels saddened by the way Ben’s mind works, a mental illness of sorts that got out of control.

His remorse is evident, especially when speaking of his father, a man who through twelve years of addiction and watching his son fall apart before him still stood up every single day with words of advice, wisdom and love for his eldest boy.

Ben speaks of his mother, brother, sisters and long term girlfriend, his teammates and the pressures of his life; the game and the expectations to perform – all with clarity and a clear sense of regret for the pain caused by the decisions he made.

Ben was given a second chance – many second chances – and by all accounts is getting on with his life; attempting to control his need to be in control with constructive methods, rather than the drugs which have been so deconstructive in his past.

Whether he is clean now, stays clean or takes the path so well-trodden before, Ben’s story simply drives home the message that most drug use driven by experimentation is only harboured by deeper emotional issues and that mental health awareness needs more attention.

My Own Secret Admirer

My Own Secret Admirer

I had an unnerving experience a week or so ago... As I marched my unsuspecting self into the supermarket to collect the usual...
© Onya Magazine 2009 - 2021
Back to top